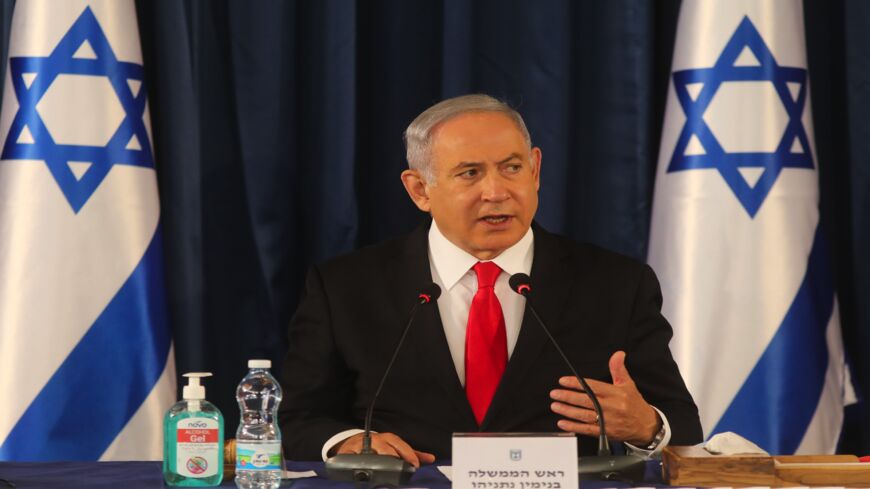 President Joe Biden met with Mossad Chief Yossi Cohen on April 30 at the White House. An unnamed spokesperson for the US National Security Council said Cohen’s meeting at the White House was with national security adviser Jake Sullivan and CIA director Bill Burns. Reportedly, Biden “dropped by to express condolences for the tragedy at Mount Meron." Thus, Cohen is now the first top Israeli official to have met with Biden since the US president took office. The meeting lasted for an hour, with Cohen the only person to attend from the Israeli side.

US sources downplayed the significance of the meeting, which they said was not planned ahead, while Israeli sources stressed that the sit-down meeting lasted for a full hour.

A report on Israeli news site Walla said Cohen told Biden Israel believes it would be a mistake for the United States to return to the nuclear deal with Iran without introducing changes to it. The report also claimed Biden said he appreciated hearing the Israeli stance on the issue, but he emphasized the road was still long until an agreement is reached with Iran.

Cohen, Israel’s national adviser Meir Ben-Shabbat and other high-ranking Israeli security officials arrived in Washington last week to discuss with their US counterparts ongoing US talks with Iran. Israel Defense Forces Chief of Staff Aviv Kochavi was also set to arrive in Washington but canceled his visit over tensions on Israel’s southern border and rockets fired from the Gaza Strip.

During his visit to Washington, Cohen met also with Secretary of State Antony Blinken, senior members of the CIA and other American intelligence agencies. The two-hour meeting with Blinken took place on April 29. Israel’s Ambassador to the United States Gilad Erdan and Cohen represented the Israeli side. Blinken; his new deputy, Wendy Sherman; Sullivan; and senior officials Brett McGurk from the National Security Council and Derek Chollet from the State Department represented the US side.

The State Department refused to confirm that the meeting between Cohen and Blinken indeed took place. State Department spokesperson Ned Price merely said that the Biden administration has been in touch with Israeli counterparts, in particular over Iran. “I don’t have any such meeting to confirm or read out; what I will say, however, is we have been in close contact with our Israeli counterparts,” Price told reporters.

In contrast, Price did refer to a meeting held two days earlier between Israeli and US national security advisers, saying, "As you know, Jake Sullivan met in Washington with Israeli national security adviser Meir Ben-Shabbat earlier this week where, of course, Iran was on the agenda. [US envoy on Iran] Rob Malley was … briefed the group for part of that. We have, as you heard from State Department officials, updated our Israeli counterparts before every round of negotiations, after every round of negotiations, and we’ve been consulting with them during these negotiations as well."

The April 27 meeting of the two national advisers took place at the Israeli Embassy in Washington. Erdan, Ben-Shabbat and his deputy, Reuven Azar, represented the Israeli side, while Sullivan, Barbara Leaf (senior director for the Middle East and North Africa at the National Security Council) and Brett McGurk represented the United States.

Referring to the meeting, Erdan said, “We are having a broad range of discussions, not only about the Vienna talks. We made our clear opposition to the return to the [nuclear deal]. We said that it is a flawed and bad agreement, and returning to the same deal makes it less likely to reach a better one in the future. We also made our position clear about maintaining Israel’s freedom of operation in any scenario."

Erdan’s remarks apart, it is unclear whether the Israeli officials visiting Washington keep insisting categorically against any renewed deal with Iran or are also discussing with their US counterparts possible constraints that Israel would like to see in a future deal, if one is indeed reached. Reports over the past few days have exposed disagreement amid Israeli security tops over the policy approach Israel should adopt vis-a-vis talks in Vienna, which now seem to be advancing.

Before departing to Washington, Prime Minister Benjamin Netanyahu briefed the delegation. The prime minister’s office was quoted as saying that Netanyahu instructed the delegation “to express opposition to the agreement with Iran and not to discuss it, because it constitutes a return to the previous deal, which was dangerous to Israel and the region. … If serious talks are held in the future on an improved agreement, Israel will express its opinion."