President Joe Biden told Mossad chief Yossi Cohen in the White House that the United States will not abandon Israel on Iran. 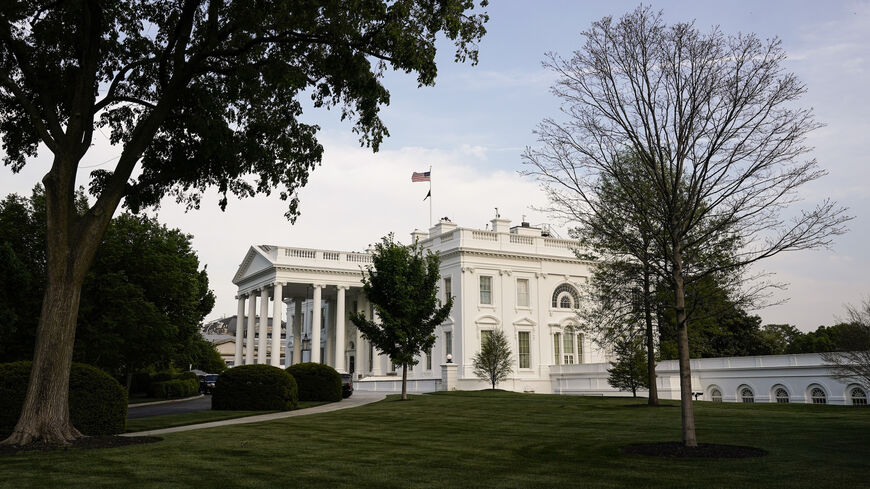 The White House stands before US President Joe Biden addresses a joint session of Congress in the House chamber of the US Capitol April 28, 2021, in Washington, DC. - Joshua Roberts/Getty Images

US President Joe Biden and Mossad Chief Yossi Cohen met on April 30 at the White House. A spokesperson for the American National Security Council said Cohen’s original meeting was with the agency’s chief Jake Sullivan, and that Biden “dropped by to express condolences for the tragedy in Mount Meron.’’

But diplomatic sources told Al-Monitor the meeting was anything but a “drop by” — the kind of meeting senior Israeli officials have grown accustomed to over the years. It was apparently a full meeting set up by the White House at the president’s request. Cohen, Prime Minister Benjamin Netanyahu’s final weapon in his desperate bid to derail the looming US return to the Iran nuclear deal, had a lengthy one-hour sit-down with Biden last Friday.

That Biden took the trouble to meet with Cohen after not doing so last month when Israeli national security adviser Meir Ben-Shabbat held top-level meetings in Washington attests to Cohen’s standing in the American capital. The personable Mossad chief enjoys unique prestige as head of the vaunted spy agency for the past five years. In Israel, he cuts a somewhat controversial figure in light of his fondness for the limelight and rumored ambitions to succeed Netanyahu down the line. However, in the intelligence community, Cohen has acquired admirers in most Western capitals.

Word of the quality intelligence Cohen had brought with him likely reached the Oval Office and Burns told him on April 28 that the president would be very happy to see him. The meeting took place two days later at the White House.

Diplomatic sources in Jerusalem informed about the content of the meeting said Biden greeted Cohen with an outpouring of Zionist sentiment. The two go way back to the time Biden served as vice president and Cohen as Israel’s national security adviser. The president stressed that he loves Israel, loves the Jewish people, guarantee Israel’s security and well-being and would never go back on this commitment. Biden told Cohen of his keen interest in the Holocaust, declared his commitment to the recent Israeli peace agreements with Arab and Muslim states and pledged his support for continued momentum in this regard.

Talk then moved to the Iranian elephant in the room. According to both the Jerusalem diplomatic sources and US officials, Cohen presented Biden with Israel’s perception of the Iran threat and provided him with an executive summary of the intelligence he had presented at his other Washington meetings. According to Cohen, a return to the original deal would be a grave mistake, given the flaws in the 2015 agreement. Washington should strive for a different agreement, to be known as the second Joint Comprehensive Plan of Action (JCPOA2), plugging up the holes in the first deal between Iran, the United States, United Kingdom, France, Germany, Russia, China and the European Union.

Among the key flaws Cohen enumerated was the agreement’s disregard for Iran’s medium- and long-range ballistic missile program, Iran’s sponsorship of terrorism by the Islamic Revolutionary Guard Corps and Ministry of Intelligence and its destabilization of regional security. The world powers, Cohen reportedly told Biden, should put Iran in its place as a state supporting and spreading terrorism rather than rewarding it.

The conversation then moved to discussion of Iran’s potential military dimensions. Biden laid out the US view that the powers must return to the original deal according to a “compliance in return for compliance” model, after which the signatories would seek to improve and expand the deal.

Cohen presented a different approach. The original deal is based on false assumptions that Israel has exposed, especially in the nuclear archives, he said, referring to the classified files Israel spirited out of Iran in 2018.

Cohen suggested that the president delve into the developments since the signing of the agreement almost six years ago, including suspicious sites (such as the warehouse in the Tehran district of Turquzabad, for example) that have yet to be explored. Cohen also flagged the scientists operating under the Defense Ministry to develop military nuclear capabilities and other matters that Iran has failed to explain satisfactorily.

Cohen argued that a return to the agreement and a lifting of economic sanctions would deprive the United States of leverage to amend and improve the agreement. While the disagreements were not resolved, the meeting was described as very friendly and the president listened attentively to his guest. He also complimented the Mossad on its achievements.

“Ultimately,” a senior Israeli diplomatic source in Jerusalem told Al-Monitor on condition of anonymity, “Biden chose Cohen in order to relay a clear message that the US was not abandoning Israel, that it would never agree to Iran acquiring military nuclear capability and that the return to the agreement is not the end of the world but just the beginning of a process.”

Netanyahu, who received an extensive briefing by Cohen on the meeting and questioned him at length, is undoubtedly less than happy with the American approach. One of his associates told Al-Monitor this week on condition of anonymity, “The Americans are definitely moving full speed ahead with the agreement. We may be hearing of some breakthrough within days.”

The question is whether Biden’s remarks were meant only for Netanyahu or if he were considering Netanyahu’s diminishing prospects of remaining in office throughout his presidency. One thing is clear: With or without Netanyahu, Iran will remain the key issue of future talks between Jerusalem and Washington.