National security adviser Jake Sullivan said the United States had "serious concerns" over the Jerusalem clashes and the potential evictions of Palestinian families from the Sheikh Jarrah neighborhood. 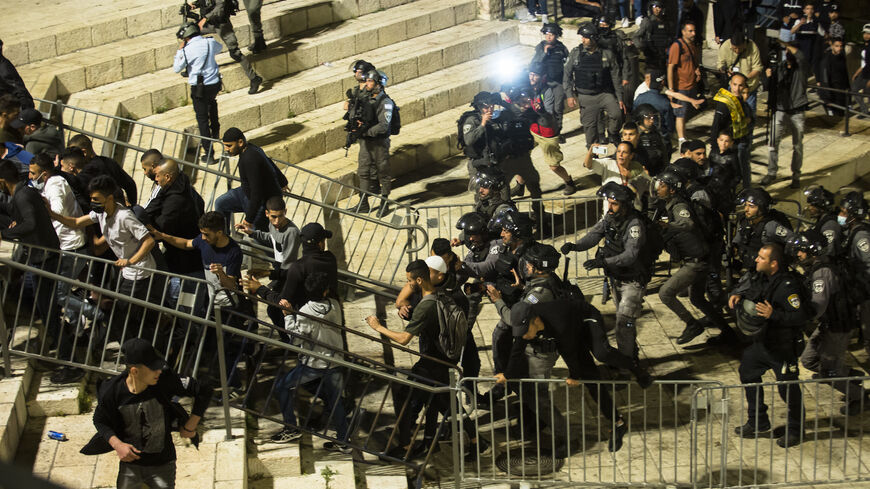 Israeli police officers clash with Palestinians during the holy Muslim month of Ramadan on April 24, 2021 in Jerusalem. - Amir Levy/Getty Images

The White House voiced “serious concerns” to Israel about the situation in Jerusalem over the weekend, highlighting the possible eviction of Palestinian families from an East Jerusalem neighborhood and continued confrontations between Palestinians and Israeli police during the final days of Ramadan.

In a phone call with his Israeli counterpart on Sunday, US national security adviser Jake Sullivan said the United States “encouraged the Israeli government to pursue appropriate measures to ensure calm during Jerusalem Day commemorations,” according to a White House readout of the call.

Sullivan told Israeli national security advisor Meir Ben-Shabbat on Sunday that the United States has “serious concerns about the potential evictions of Palestinian families from their homes in the Sheikh Jarrah neighborhood.”

More than 70 Palestinians from the East Jerusalem neighborhood live in homes that Israeli courts have ruled belong to Jewish settlers, saying they can reclaim what was the properties because they were owned by a Jewish organization prior to Israel’s founding in 1948. On Sunday, Israel’s highest court delayed an appeal hearing on the planned evictions of several Palestinian families.

Jerusalem’s Old City has witnessed weeks of unrest, with hundreds of Palestinians wounded on Monday in clashes with security forces outside of Al-Aqsa Mosque. Tensions were running high ahead of an annual Jewish nationalist march marking Israel’s 1967 capture of East Jerusalem.

In addition, he “expressed the administration’s commitment to Israel’s security and to supporting peace and stability throughout the Middle East,” and denounced the launching of rockets and incendiary balloons from Gaza toward Israel.

Sullivan met with Ben-Shabbat last month in Washington to discuss a US return to the Iran nuclear deal, which Israel staunchly opposes. Shortly after, Israel spy chief Yossi Cohen made Israel’s case to President Joe Biden personally in a White House-arranged meeting.