Moscow’s current Middle East policy is characterized by, among other things, maintaining a strong focus on bilateral relations, striving to diversify or to develop relations with states that are at conflict and wishing to play a mediating role in conflict situations without claiming a monopoly or opposing other players, in particular the United Nations. 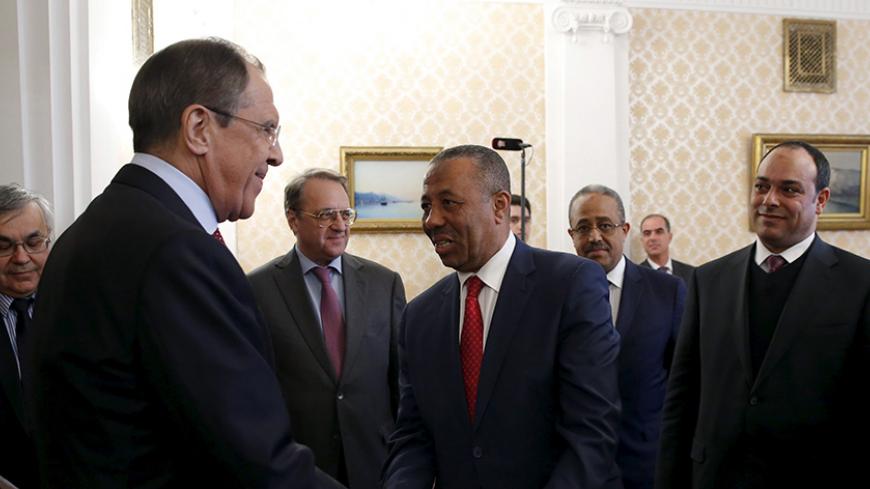 April has been a month of vibrant Russian foreign policy activity in the Middle East. A number of Middle Eastern leaders visited Moscow; Russian diplomats held the second consultative meeting between representatives of the Syrian government and the Syrian opposition; Russian planes evacuated all Russian citizens from Yemen, as well as citizens other countries, including the United States and Europe; Russia took an active part in reaching an interim solution in the Iranian nuclear talks; and Russian diplomats have been working on draft resolutions at the UN Security Council.

Some of the Russian leadership's decisions turned out to be rather unexpected. These included President Vladimir Putin’s announcement that a ban on deliveries of S-300 anti-aircraft missile systems to Iran be lifted, causing a negative reaction from some influential global and regional players, especially Israel, with which Russia has recently been successfully developing multilateral cooperation. Significantly, when explaining this decision, Russian officials put forward both commercial and reputational arguments related to the suspension of the contract with Iran between 2007 and 2010, as well as political ones.

In particular, during his four-hour televised conversation with Russia’s citizens April 17, Putin declared, "In no way is this a threat to Israel. This is only a defensive weapon. Moreover, we believe that given the conditions that are unfolding in the region, especially in connection with the events in Yemen, the supply of such weapons functions as a deterrent." Foreign Minister Sergey Lavrov was even clearer: "For Iran to have a modern air defense system is very urgent today, especially considering the rising tensions in the region, including around Yemen."

It's wrong to suggest — as some Western analysts did — that behind this decision stands Moscow’s desire to torpedo the deal between six world powers and Iran: The systems won’t be delivered any time soon, and Iran won’t be in a position to put serious pressure on Russia in the oil and gas market for some time. It's significant, however, that in this case the concerns of Israeli leaders were not taken into account. I recall that in the recent past, Moscow canceled the delivery of analogous weapon systems to Syria because of Israeli objections, as Putin mentioned in his TV appearance.

No less surprising was Moscow’s decision to refrain from vetoing the draft UN Security Council resolution on Yemen that didn’t include all of Russia’s proposals. Words of gratitude were expressed from Arab capitals to the Russian leadership. Undoubtedly, Tehran didn’t like this decision, but this is hardly reason enough to explain the restoration of the contract with Iran for the S-300 as a way to sweeten the pill.

Also unusual was the Kremlin’s activity in the Libyan context, which many already thought was a lost battle for Moscow. On April 14-15, and for the second time this year, Libyan Prime Minister Abdullah al-Thinni traveled to Moscow. He stated that the main purpose of his visit was to persuade Russia to participate in "restoring Libya’s stability and military might."

But there was no agreement on an immediate supply of arms. Mikhail Bogdanov, Putin’s representative for the Middle East and Africa, declared that Moscow may begin arms shipments to the country only after the lifting of the embargo by the UN Security Council. At the same time, he added, Russia "is of the opinion that there is a legitimate government in Libya that should be helped to strengthen its position." Bogdanov said Russia is not only interested in supplying weapons to Libya, but also stands ready to "assist in strengthening the Libyan army, government agencies and security forces." During the visit, the issue of reviving old Russian contracts was discussed, in particular the construction of a railway in Libya and energy resources exploration.

Palestinian Authority President Mahmoud Abbas also visited Moscow in April. Although the details of the high-level talks are unknown, the fact that on April 17 the issue of the Middle East peace process was raised in the Russian Security Council testifies to its importance. This can clearly be interpreted as a sign of the increasing relevance this issue has among the country’s foreign policy priorities. So far it's unclear whether we are talking about any new initiative by Moscow or only about the possible buildup of its activity, for example in the framework of the Middle East Quartet. On the Palestinian issue, however, one cannot speak of a change of course, as at its base are the relevant UN Security Council resolutions.

Russia reiterates its commitment to the concept of the peace process, but it is conceivable that it will renew its efforts to promote the unification of the Palestinian organizations, whose fragmentation continues to hinder their participation in negotiations with Israel. A factor in the intensification of Russia’s attempts to revive the struggling Middle East process is the desire to preserve cooperation — in these times of crisis in relations with its Western partners, primarily the United States — in those areas where Russian and Western positions are close, positive experience has been gained and where without Russia, it would be very difficult to make progress.

At the same time, some Arab analysts drew attention to the constant attacks by some Russian experts on Moscow’s Middle East policy. In particular, a presentation by Yevgeny Satanovsky at the Moscow Conference on International Security April 16-17 stood out. Satanovsky is known for his critical statements about the Russian Foreign Ministry’s Middle East policy, and he regularly appears on air on the main Russian TV channels. Following Russia’s support of a draft UN Security Council resolution on the necessity of ending the occupation of Arab Palestinian land, Satanovsky earlier this year accused Russian diplomacy of "betraying national interests," stating, "Either the Russian Foreign Ministry is still living in Soviet times, or, even worse, diplomats are taking care of their own business, or the lobbying of some elderly, yet influential colleagues made them take this position." One journalist acquaintance suggested that with the latter, Satanovsky had clearly in mind Yevgeny Primakov, who has long been an object of his attacks.

At the Moscow Conference, Satanovsky made a statement, the essence of which was that there is no need to create any new Arab state (namely, a Palestinian one) in the current circumstances, in which all other Arab states, as he put it, are crumbling before our eyes. It's good, of course, that this expert has the opportunity to express his point of view, which contradicts the official position of the state. However, Arab participants and journalists — who hotly debated Satanovsky’s speech with me on the sidelines of the conference — expressed surprise that he was given the podium at a respectable official conference (with Lavrov and other officials), and that he was almost the only representative of the expert community who was given the floor in the session dedicated to the Middle East region.

Baffled Arab journalists asked whether this speech wasn’t an indication that Moscow had been thinking to revise the plan to create an Arab Palestinian state alongside Israel. In my response, I expressed my deep conviction that there is absolutely no basis for such an explanation, as this expert’s bias on everything that concerns the Arab and Islamic world is well known and doesn’t reflect the official position of the state.

Equally surprising for international observers were the direct accusations of Qatar, Turkey and Saudi Arabia of supporting Islamic terrorism in the same speech by Satanovsky. Given the fast developing relations between Ankara and Moscow, that such a charge would be uttered at an official event by an expert — sometimes considered close to the Kremlin and, at the very least, influential on public opinion — also raises some questions, as some guests from the region told me privately on the sidelines of the conference. Usually it's acceptable to make such statements on a confidential basis, behind closed doors. But again, I am positive that we are only talking about this expert’s personal stance, which reflects the point of view of a small group of individuals.

In summary, we can draw some conclusions about Moscow’s Middle East policy at the present stage. First of all, it maintains a strong focus on bilateral relations. Second, it attempts to refrain from confrontational statements and, even more so, actions toward those countries with which Russia disagrees on certain issues of global and regional policy. (Thus, criticizing the Arab coalition’s use of force against the Houthis in Yemen does not prevent Moscow from actively reinforcing ties with Egypt.) Third, it strives to diversify or develop relations with states in conflict with each other. Fourth, it wants to create active contacts with opposition forces, in addition to official authorities (to whom Russian diplomacy was limited in the past). And, finally, it wishes to play a mediating role in conflicts, without claiming a monopoly or opposing other players, in particular the United Nations.