Though Moscow undoubtedly disapproves of Israel’s harsh actions in Gaza, it's being careful not to take an anti-Israel stance. 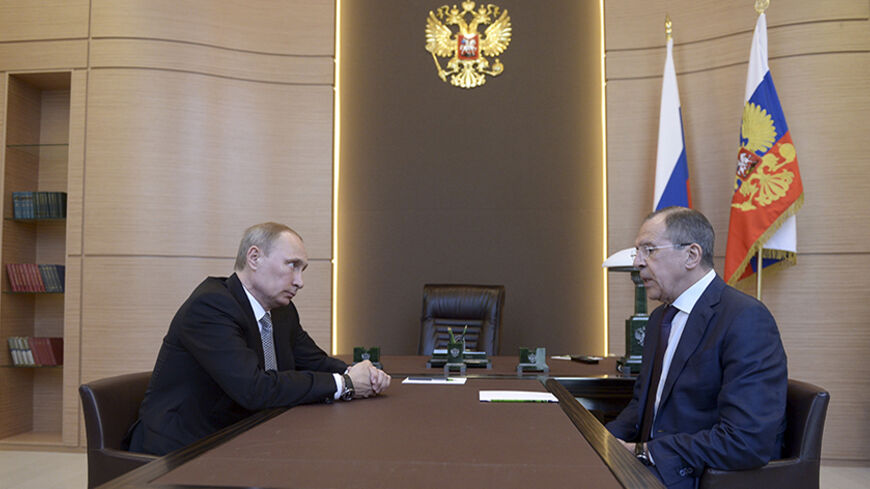 The confrontation between Israel and Hamas, now in a renewed outburst of violence, has caught the international community by surprise and underlined, once again, the urgency of finding a solution to the Palestinian issue. While the population of the Arab and Islamic world has expressed outrage at Israel’s actions in Gaza, commentators in the media point out that most Arab governments are taking a more cautious stance.

The official Russian response to the steep escalation of the situation in Palestine stands between neutral and a somewhat half-hearted wait-and-see. In a July 18 interview with Russia 24, Foreign Minister Sergey Lavrov declared that President Vladimir Putin, in a recent conversation with US President Barack Obama and Israeli Prime Minister Benjamin Netanyahu, reiterated his "understanding of Israel’s concerns regarding its security problems as a result of chaotic attacks from essentially homemade rockets, fired at random."

The foreign minister also stated that in the last few days some rockets from Gaza fell a kilometer from the Russian Embassy in Tel Aviv. According to Lavrov, in Moscow it is understood that the restoration of calm around the Gaza Strip should be achieved via negotiations rather than "on the basis of opposition to Israel." Moscow undoubtedly disapproves of Israel’s harsh actions in Gaza, sympathizes with the Palestinian people and is committed to ending violence. (The mood on the Arab and Islamic street around the world as well as in Russia, with its 20 million-strong Muslim population, cannot be disregarded in this context). According to analyst Georgiy Mirsky’s assessment, following a recent visit to Moscow by Palestinian President Mahmoud Abbas, the Palestinian Authority will "always be regarded by Russia as a partner, but also as a victim of an aggressive US foreign policy." On the other hand, Moscow clearly does not approve of Hamas’ actions, either, meaning that it would take a position equidistant between the two parties. Lavrov noted Moscow’s awareness that the rocket fire from Gaza creates serious problems for Israel, but added that it was important to "prevent a spiral of violence reminiscent of 'an eye for an eye, a tooth for a tooth.'"

In this context, Lavrov’s statement does not appear to be an accident, as Moscow hopes for Egypt to take a leading role in the region — particularly in resolving the conflict in the Gaza Strip — and it has actively advocated for the latest initiative on Gaza by the Egyptian authorities, one that is supported by Israel. Egypt’s return as an influential player on the political scene in the region would be beneficial for Russia.

"We believe that it is still not too late for Hamas and for the other radical groups outside its command (and there indeed are such groups in the Gaza Strip) to respond to this initiative. The beginning of the ground operation raises deep concerns over how Hamas will respond, and what will happen next," Lavrov said in the above-mentioned interview.

It is not surprising that, at this particular moment, Lavrov has returned to the idea of complementing the Quartet of international mediators with representatives of the League of Arab States. This call will undoubtedly be positively received in Arab capitals, where the more active participation of Arab governments in the process has been long sought after.

Analysts point out that current official statements from Moscow no longer feature the persistent call to lift the blockade on Gaza, known to have been put forward by Hamas as one of the conditions for a cease-fire agreement with Israel. This is despite the fact that, according to the Russian Foreign Ministry, in a very recent telephone conversation with Hamas leader Ismail Haniyeh (recall that Russia does not consider Hamas a terrorist organization) Lavrov advocated for the prompt lifting of the blockade on Gaza "in order to improve the dire humanitarian situation faced by the Palestinians." And that even the reconciliation between the Hamas and Fatah movements was enthusiastically hailed in Moscow, with Lavrov expressing surprise at Washington’s negative reaction to this event, while stressing, "Any normal person assumes that the unity of one people should always be unreservedly welcomed and supported."

The establishment in Moscow, as it pursues this line regarding events in Gaza, clearly avoids analogies between Ukraine and Israel. The Eastern Ukrainian militias are not shelling Kiev with rockets and, in Moscow’s view, are defending their territory against a punitive operation. Note that the Kremlin traditionally sees in Israel an important partner in the fight against Nazism. This is particularly important on the eve of the 70th anniversary of the World War II victory over fascism and in the context of the ongoing revision of the history of that war in several European countries.

Not everyone in Russia shares this assessment, however. At a rally in solidarity with the people of Gaza held in Moscow July 17, the director of the Russia-Islamic World Strategic Vision Group and former state deputy Duma Shamil Sultanov declared that Israel today is the "heir of Nazi Germany," asking, "Who else but Nazi Germany applied the principle of collective responsibility?" He drew his own analogy between Ukraine and Palestine, emphasizing that people in eastern Ukraine — who are armed and financed by the billionaire governor of Dnipropetrovsk region, Ihor Kolomoisky — "kill Russians." And "for the same money, Israel kills Palestinian children in Gaza. We have one common enemy: It is Zionism." It is true that only 250 participants attended the rally, whose organizers reproached the 2.5 million Muslim population of Moscow for their lack of solidarity. However, no one should doubt the fact that Russian Muslims condemn Israel, and even some non-Muslims have come out with harsh statements against it, such as writer Alexander Prokhanov who suggested Israel "hang itself."

Speaking on condition of anonymity, a well-informed source told Al-Monitor that the Kremlin avoided harshly criticizing Israel to give Tel Aviv some time to complete the military operation, in the hope that the role of the Quartet of international mediators be resumed with a new lineup. It is clear, however, that further developments in the region may force all players, including Russia, to adjust their positions. As it has emerged, Moscow together with other members of the UN Security Council voted in favor of a resolution demanding an immediate cease-fire and withdrawal of Israeli troops from the Gaza Strip and expressing grave concern about the high number of civilian casualties.