Although the presence and strength of former Baathist officers in the Islamic State is unlikely to revive pan-Arab nationalism, it has implications for a strategy to counter the Islamic State and eventually stabilize Iraq. 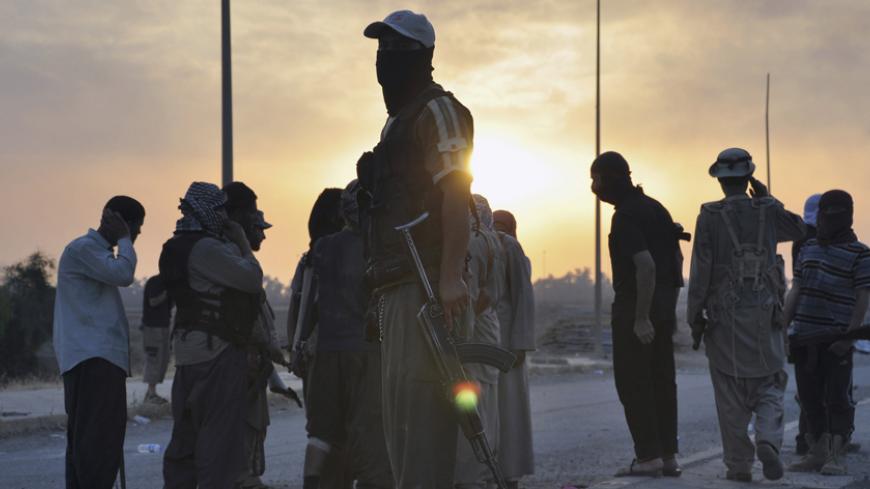 The Islamic State (IS) in Iraq and Syria may effectively employ radical Salafist doctrine to mobilize core believers and foreign fighters, but it relies on complex networks led by former Iraqi Baathist officers to operate and control its so-called caliphate. Baathist leadership in IS, most recently noted in Christoph Reuter’s riveting article in Spiegel International, reinforces the political nature of IS and its Sunni Arab, Iraqi nationalist roots. Alongside or within IS’ aim to devise a "pure" Islamic society is a Baathist plan to run a meticulously calculating state able to monopolize power, control territory and eradicate potential threats through brutality and terror. Baathist influences are evident in the nature of IS terror operations — extensive security and spy networks, hierarchical bureaucracies, battlefield tactics and elaborate financial and logistical networks — similar to those used by former Iraqi President Saddam Hussein and his Baathist circles for 35 years in Iraq.

How could Iraqi Baathists, known for their secular ideology, find common ground with radical Salafist groups? While the presence and strength of former Baathist officers in IS appears contradictory it reflects the influence of the Jaysh Rijal al-Tariq al-Naqshbandi (JRTN), a group of Saddam’s former officers and Sunni Arab tribes that formed in reaction to the post-2003 Iraqi order. Led by Izzat al-Douri, Saddam’s former vice president and deputy chairman of the Iraqi Revolutionary Command Council (proclaimed to be killed in a recent battle in Tikrit), the JRTN represents a fusion of Islam, Sunni Arab identity and Iraqi nationalism.

This fusion can be traced to the early 1990s, when Saddam commenced his Islamic faith campaign to consolidate Baath Party power. The campaign reflected geopolitical challenges and Iraqi security priorities after the 1979 Islamic Revolution in Iran, the Iran-Iraq War (1980-89) and Saddam’s attempts to control the "Zoroastrian" Iran and Persian-Shiite threat. It involved the Baath Party’s direct control of all religious policies and institutions in Iraq, creating Islamic structures, recruiting networks of spies and Islamic activists to work for the regime, and embedding Baath Party structures, members and security organs into religious circles.

By the late 1990s a "religious deep state" had emerged in Iraq, whereby most Sunni Islamic leaders and institutions that were created, co-opted and/or controlled by the regime were now inside the state. One of these institutions was the Islamic University of Baghdad, attended by Abu Bakr al-Baghdadi, current leader of the so-called IS caliphate. Admission into the university demanded, at minimum, close ties to Baathist leaders. The Baathist-Salafist nexus was reinforced by the 13-year international sanctions regime against Iraq (1990-2003) and Baathist manipulation of the sanctions-smuggling economy. These conditions helped break down the middle class and enhanced a sense of relative deprivation and alienation in which religious radicalism and militant Iraqi Arab nationalism could breed.

The Baathist-Salafist nexus did not necessarily entail a Baathist ideological conversion. Even though Saddam forged alliances with Islamic groups and advocated greater piety in Iraq, he did not became “a born-again Muslim” as some have argued. Nor did Baathists become core believers or develop a shared identity with Salafist groups. Rather, most continued to instrumentalize Islam for their own individual political and party interests. Many remained tied to secular ideas, opposed Iran and Persian Shiites, and loathed the Salafists. They turned to influential local Sunni Arab Islamic leaders and groups while different Islamic strains — Salafists, Sufis and the Muslim Brotherhood — allied and opposed each other as well as distinct Baathist officials.

Baathist influence continued in ISIS and IS, even if the group's character changed over time. By late 2014, 18 of 19 members of the IS cabinet were Sunni Arab Iraqis with one Iraqi Turcoman, and included former Baathist military officers, former Baathist security officers or Sunni Arab tribes from western Iraq. High-level IS commanders also represent former high-ranking Baathist officers in Iraq as well as Syria. Confiscated documents of former Iraqi Baathist officer "Haji Bakr," an IS leader recently killed in Aleppo, indicate his detailed plans to create a caliphate based on meticulously calculated spy and security networks (although no Quran could be found in the house).

Indeed, since the IS takeover of Mosul in June 2014, many Sunni Arabs have defected from IS. Former Baathist officers and Sunni tribes that previously looked to IS as a trusted security force for Sunni Arab regions have reacted to IS brutality against Christians and minorities, as well as against key Sunni Arab groups. They are now seeking to create their own Sunni National Guard, or are cooperating with Iraqi security forces, Shiite militias and Kurdish peshmerga to expel IS from its safe havens. Still, IS remains embedded in part of the Sunni Arab community, which may not necessarily support the terrorist group but is still reticent to fight due to ongoing distrust of the Iraqi government and fear of retaliation and retribution. In fact, Sunni Arabs now regard themselves as the biggest victims of IS — stuck between a radicalized terrorist group led by some of their own and a Shiite-led government and Shiite militias they do not trust.

Although the presence and strength of former Baathist officers is unlikely to revive pan-Arab nationalism or secular Baathist ideology, it has implications for a countering IS strategy and eventually stabilizing Iraq. The Baathist and Sunni Arab nationalist element within IS means that the terrorist network will unlikely be fully defeated anytime soon and that coalition military strategy has to be implemented alongside an effective political solution in Iraq — and Syria. A comprehensive countering IS strategy needs to address IS beyond "sacred values" and focus on Sunni Arab grievances and Iraqi nationalist beliefs embedded in this group. Targeting IS beyond its core believers also means understanding Baathist networks, structures and tactics; the role of territories and resources for Sunni Arab nationalist groups; the disputed territories issue between Kurds and Arabs; and effects of Iranian influences on Sunni Arab behavior. These issues will likely drive former Baathists and radical Sunni Arab nationalists in Iraq even after IS has been degraded, leaving the potential for IS successor groups to emerge.