Should Baathists have role in post-IS Iraq?

Former Baathists, some of whom have collaborated with the Islamic State (IS), are now looking to take on a prominent role in the post-IS recovery. 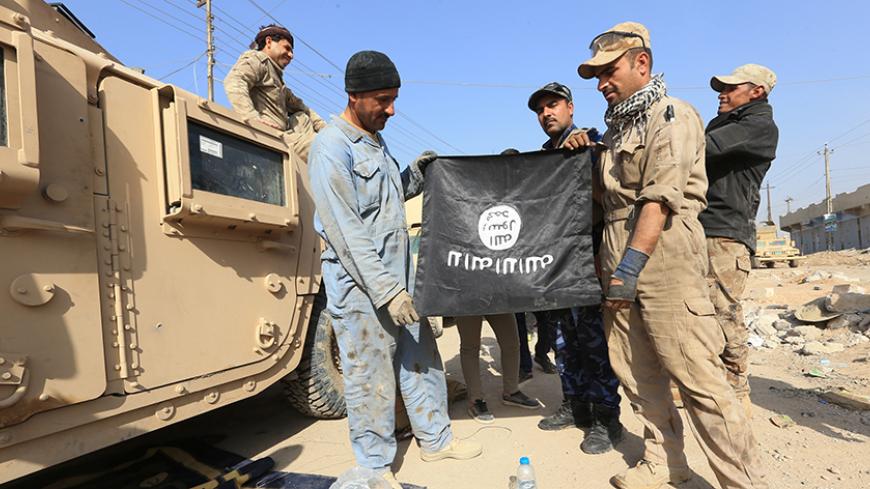 Iraqi security forces arrested Saddam Hussein’s cousin Nizar Hammoud Abdul Ghani, who was one of the Iraqi president’s personal guards, on Oct. 25 for his alleged involvement in the Islamic State's attack on Kirkuk on Oct. 21.

“Three of his brothers are also high-ranking officers in the [IS] organization in Al-Hawija district,” the chief of Kirkuk’s suburban police, Brig. Gen. Sarhad Qadir, told Rudaw. Hawija lies some 50 kilometers (30 miles) west of Kirkuk.

As the inevitable defeat of IS approaches, analysts and politicians are busy discussing life in Iraq after the group. Sectarian reconciliation, political autonomy and the role of external actors such as Turkey continue to dominate the media discourse.

One group that remains absent from post-liberation narratives is the former Baathists, who have played a complex role in Mosul’s recent history and have had a dysfunctional relationship with post-2003 governments in Baghdad. If the role of former Baathists is forgotten in post-IS Iraq, then many of the key issues that arose when IS entered Mosul in 2014 will likely return in the future.

The powerful role played by former Baathists in IS’ leadership structure is well known. Abu Muslim al-Turkmani, a lieutenant colonel in Saddam’s Intelligence Service, and Abu Ali al-Anbari, a former major general under Saddam, were IS’ former deputy commanders in Iraq and Syria.

Ezzat al-Douri, the former deputy leader of the Baath Party, was reported to be fighting for IS. “The fingerprints of the old Iraqi state are clear on their work. You can feel it,” a former Baath Party official told Al-Monitor on condition of anonymity.

IS’ strong Baathist links gave the group a clear Iraqi identity and allowed it to make alliances with many other such groups upon its entry into Mosul. One of these alliances was with the Baathist-linked Naqshbandi Army, which is led by Ezzat al-Douri.

When IS forces stormed into Mosul in June 2014, the Naqshbandi Army’s Baathist network largely facilitated their entry. As the Iraqi journalist and analyst Hazem al-Amin notes, “Baath Party officers were the people who were in charge of capturing Mosul and the people of Mosul.”

After entering Mosul, however, IS revealed its true colors by forcing the former Baathists within the Naqshbandi Army and other groups to pledge allegiance to their “caliphate.” Some Baathists joined, swelling the ranks of IS’ military personnel, while others were killed or went into hiding, removing their uniforms to avoid detection. IS “took the revolution from us,” said a senior Baath Party official. “We couldn’t sustain the battle.”

As retribution for the betrayal, many former Baathists who remained inside Mosul have resurfaced and are now assassinating IS militants inside the city, heeding the Oct. 17 calls by senior Naqshbandi figures to rise up against IS. They form one of many anti-IS groups inside Mosul, such as Kata’ib al-Mosul, the so-called M-Resistance and the Prophet Yunis Brigades, working occasionally in conjunction with the Iraqi government's security forces.

IS continues to pursue the Naqshbandi members, perceiving them as a strong threat to their control on the city. As former Naqshbandi Col. Qais al-Jibouri has said, Naqshbandi members are waiting for the right time to act and exact their revenge on IS. But he remains wary of the group’s future moves despite their anti-IS stance.

Distrust of former Baathists remains among various factions of Iraqi society, as many Iraqis hold them responsible for carrying out attacks in Iraq during the insurgency after 2003, while others remember the bloody massacre of 1,700 Shiite cadets at former US base Camp Speicher. Despite resentment of IS, the remaining Naqshbandi members are likely to still hold the same resentment that facilitated the initial marriage of convenience with IS in 2014, and in particular great contempt for the Baghdad government and its de-Baathification policies of 2003, which dismissed hundreds of thousands of Sunnis.

As Fawaz Gerges predicts in his book “ISIS: A History,” once Mosul is liberated, many of the Naqshbandi Army's Baathist members will return underground to regroup and wait for an opportunity to return, just as they did before exploiting the social instability in Nineveh in 2014. Despite their ideological differences, the pragmatic secular nationalist Baathists are determined to acquire power by any means available and exploit any situation to their advantage. But for those that attempt to blend back into civilian life, what does the future hold? The Supreme National Commission for Accountability and Justice made amendments to the de-Baathification law on Sept. 30, allowing many former Baathists to resume their jobs. As IS represents the greatest threat to Iraq and its people, national reconciliation must include all groups, including Baathists, to defeat it.

Understanding Baathist networks are of paramount importance and the topic must be included alongside the more prevalently discussed issues of sectarian reconciliation, political autonomy and the role of external actors when addressing the drivers of social insecurity. The controversial amnesty law passed by the parliament Aug. 30 allows people convicted of all but 13 crimes to apply for an official pardon in an effort to promote political reconciliation with those who were convicted after 2003. Yet many people fear this leniency will play into the hands of those harboring anti-government sentiments. Representatives from the National Alliance, including the Sadiqoun bloc's Hassan Salim, lambasted the law as a “gift to terrorists and [IS] members and a betrayal of the blood of the martyrs and victims.”

As a result of this, the National Alliance, led by Ammar Hakim, has attempted to address the matter by engaging Sunni political blocs and agreeing on reconciliation measures after IS, as well as promoting Iraq’s sovereignty, unity and democracy. With the help of the United Nations Assistance Mission for Iraq and other Sunni-majority nations, this effort is a positive step toward national reconciliation between different political and religious groups.

But as researcher and writer Ali Mamouri notes, “Confronting the conditions of jihadism requires a comprehensive plan supported by the international community and regional powers addressing the economic, political and social aspects of the issue.” What must be included within this framework, then, is recognition of Baath networks to ensure a political climate in which they will not be able to resurface.