BAGHDAD — As fierce fighting continues against the Islamic State for the city of Mosul, political leaders are working to piece the fragments of a shattered Iraq back together.

During the Dec. 7 visit of Ammar al-Hakim, the head of the National Iraqi Alliance, to Amman, Jordan's King Abdullah examined details of a document known as the Historical Settlement, which the alliance has adopted with the goal of achieving national reconciliation in Iraq.

Some Sunni leaders have rejected the proposal, which was initiated by the predominately Shiite National Alliance. These Sunnis previously said they were preparing their own version to be unveiled this week. The Sunni disagreement is mostly over the de-Baathification and Popular Mobilization Units laws, and they want the amnesty law strengthened.

Like its neighboring countries, Jordan plays a pivotal and influential role in some Iraqi political blocs and acts as a mediator in some issues. Many prominent leaders from the Arab Socialist Baath Party live in Jordan, and figures opposing the current Iraqi regime hold their conferences in the kingdom.

Jordan is not the only party seeking a national Iraqi reconciliation that includes Baath members or leaders who have left Iraq since 2003. There are several Arab parties that want this reconciliation, especially considering past de-Baathification attempts. The Baath Party was the ruling power when the US-led coalition invaded Iraq in 2003.

A source participating in the meetings with Abdullah told Al-Monitor in a brief interview on condition of anonymity, “The latest meeting between Hakim and King Abdullah in Amman tackled the historical settlement, and the king praised the steps taken to resolve the situation in Iraq.”

Khudair al-Murshidi, the head of foreign relations for the Baath Party, affirmed Jordan’s attempts to hold talks with the Baathists regarding the settlement. He told Al-Monitor, “The Baath Party highly appreciates and welcomes the positive attempts from Jordan or any Arab state to help Iraqis in resolving their issues that stem from occupation. But the real problem in Iraq is much more complicated and much deeper than bringing back some leaders to the political forefront after selectively canceling sanctions imposed on them by the ruling regime in Baghdad.”

He said, “The Baath Party wants a comprehensive, complete and permanent solution for the Iraqi problem to ensure the rights of all Iraqis without exception, as those were violated by the US and Iranian occupation. The solution pillars include redrafting the constitution, changing the political process on national bases, annulling the de-Baathification measures, eliminating the law to ban the party and its subsequent decisions, halting the arrest and assassination of Baath leaders and members, releasing detainees and political prisoners, and compensating the material and moral losses of those affected by the occupation. The measures can ensure understanding, settlement and real reconciliation, if applied.”

Murshidi added, “The main obstacle preventing this understanding and impeding the national solution is Iran and its militias and parties. Perhaps some states do not want Iraq to be strong, united and stable again. The United States has legal, ethical and historical responsibility to bear as per international law, as it invaded Iraq and drove it to disintegration, regression and destruction.”

There are harbingers of a settlement with the Baathists, rather than the Baath Party in general, amid domestic and foreign influence. Iraq would witness the return of dozens or even hundreds of figures who were reportedly or effectively affiliated with the Baath Party but — fearing assassination — left the party during the 2003 invasion.

Although the Historical Settlement draft that was posted on local Iraqi media was not the final one, it did contain a refusal to include the Baath Party in the settlement.

Fadi al-Shammari, a member of the Islamic Supreme Council that Hakim heads, told Al-Monitor, “The Historical Settlement document will set the stage for understandings with different [groups], even former Baathists."

Shiite and many Sunni parties in Iraq are banking on Jordan to provide the needed balance in the settlement proposed by the Shiite National Iraqi Alliance. But the plan also requires Arab and Iranian perspectives.

Although Saudi Arabia, Iran, the United States and perhaps Ankara, among others, need to examine the document, the process of achieving balance will likely come from within Jordan's borders. Jordan is the refuge of Sunnis and Baathists and is welcomed by several Shiite leaders.

Media reports talked about meetings between the United Nations Assistance Mission for Iraq and Baath leaders in Amman. Such meetings will only happen with the approval and knowledge of the Jordanian government, which will be a main influence in bringing together the perspectives of Baathists and the National Iraqi Alliance, which proposed the settlement document.

The final draft of the document is expected to include Baathists in their personal capacity rather than in the framework of the party, as former Iraqi Vice President Ayad Allawi had asserted. That could make it easier for the Shiite alliance to compromise under the pressure it might face to reconcile with some Baath leaders and to make the attempts to bring back Baathist leaders into political work successful. 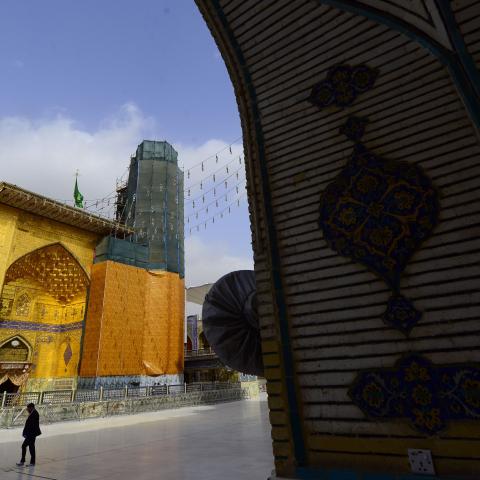