Why Islamic State is no al-Qaeda clone

The announcement by the Islamic State of the caliphate and Abu Bakr al-Baghdadi’s self-proclamation as the caliph sets IS apart from Al-Qaeda. 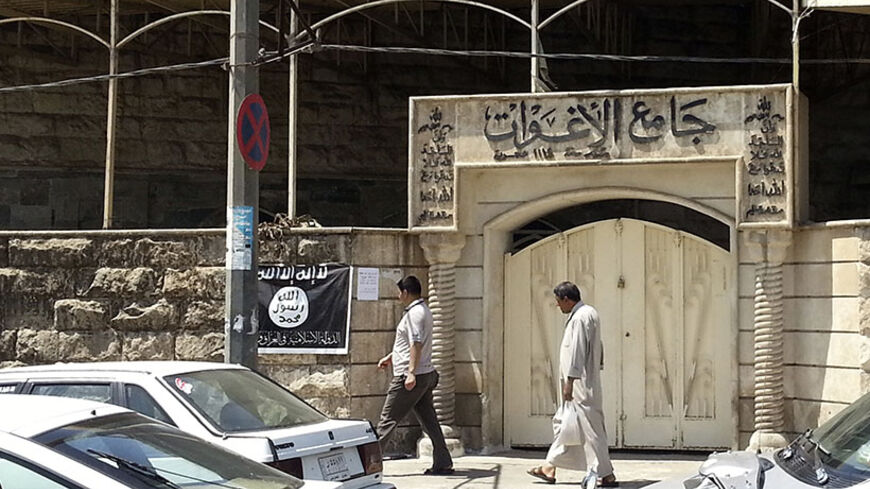 With the public appearance in Mosul of Ibrahim Awwad Ibrahim Ali al-Badri al-Samarrai, known as Abu Bakr al-Baghdadi, and his self-proclamation as caliph of all Muslims, Baghdadi has declared a war on everyone inside and outside Iraq. The way Baghdadi’s organization controlled Mosul and other cities reveals that the occupation of these cities was no accident, and that the preparations to take over the land and establish a state go years back.

Thus, the main message that can be deduced is that the appearance of Baghdadi came after he had proclaimed himself as the caliph of all Muslims. This title entails many deep religious considerations, as the caliph in many stripes of the Islamic religion combines two powers, one temporal (spiritual) and the other spatial (political). The caliph ought to be followed, even if the various Islamic groups have different standards as to his caliphate.

In the context of the Sunni-Shiite difference regarding the standards of the caliphate, one main point ought to be highlighted, which is the issue of descent, meaning the holy lineage that can be traced back to the Prophet Muhammad. The differences between Islamic groups on this issue are relative and not essential.

In the same vein, the Islamic State in Iraq was declared in 2006 under the leadership of Abu Omar al-Baghdadi. The organization was keen on meeting as much as possible the specifications of a caliphate model that are common between the different Islamic factions. Although the organization back then did not officially proclaim the caliphate, it introduced its emir as being “Abu Omar al-Husseini al-Hashimi al-Qurashi al-Baghdadi.”

Every single title or description of the emir is a reference to his descent, paving the way for the caliphate project, knowing that al-Qaeda with all its branches as well as the Taliban did not pay much attention to the lineage of the emir. However, the particular interest of the Islamic State (IS) to this detail can be explained in light of the specific societal fabric of Iraq, as the organization was trying to absorb all Iraqi sects and their different backgrounds. This also shows that the caliphate project is not new, as the Islamic State of Iraq had started discussing it since its establishment in 2006.

In this context, one can say that the caliphate's announcement by Baghdadi represented a complete rupture from the traditional al-Qaeda organization led by Ayman al-Zawahri. The ideologies upon which both organizations are based can only bear, even on the religious level, one leader who combines religious and political qualities.

The other indication that was signaled by Baghdadi's latest appearance — knowing that he was still referred to with the same descent titles of his predecessor — was the black turban he donned. This is another message that has many implications, as the black turban was donned by the last Abbasid caliph, and is also worn by senior Shiite clerics who are descendants of the prophet. However, it should be noted that the Ottomans who controlled most of the lands of the ancient Islamic state, had raised the banner of the caliphate and obtained some religious fatwas as to this regard. Yet, they were not accepted by Sunni and Shiite clerics given the issue of the “descent,” which is why they did not don the black turban.

Baghdadi tried, through his speech, to make himself appear as an inspiring preacher, rather than a warrior. He wanted to stress that the announcement of the caliphate was not a sudden step for his organization and that he was destined to take up the platform in Mosul.

The way Baghdadi has been managing Mosul after its invasion on June 9 reveals that the preparation to take over the city had been ongoing for months, and even years.

This is not to mention the way IS was dealing with the region's residents, striking alliances with Baathist groups and tribal factions. Some former Baathist figures have been appointed also to managing posts in the city. The invasion of Mosul and most of the other Sunni cities entails economic and managerial plans, including the provision of fuel, food supplies, distribution of land and the search for funding resources from oil wells — the newly exploited and operating ones and those that remain under geologic studies.

Over the past two months, IS has refrained from completely entering the Beiji refinery, although the Iraqi military presence there is limited and is no different in substance from any other force the organization has fought before.

The truth is that IS is dealing with the strategic Beiji refinery and other oil and industrial facilities in the areas under its control as being its property, and part of its future system that needs to be funded. It seems that the organization is trying to control all these facilities without causing any damages that could obstruct their use in the future.

This is exactly the opposite approach of the organization’s traditional strategy, which was based on targeting the pillars of the state, destroying its infrastructure and oil pipelines.

The British newspaper Daily Mail revealed information confirming that IS is making around $1 million daily by selling Iraqi oil, while other data indicates that the organization is selling 150,000 barrels per day from Syrian oil fields.

IS is considered the richest armed organization in the world, and it has also taken over around $425 million from Iraqi banks in Mosul. All these funds are used to restructure IS from within. It thus started to act as a state, using the expertise of the former state figures who had ruled under the previous regime — including technicians, administrators and military men — while importing experts from abroad to highlight its new state and make it appear different than expected.

The threat of Baghdadi’s organization lies in its ability to plan in the long run, and invest all available means to implement its plans. The organization might change its rules and start dealing with secularists or nationalists, or even those who are in direct opposition with its ideology, thus adapting to all situations to achieve the higher goal of taking hold of the land.