The Islamic State is coming for the Gulf

The Islamic State seems to believe its recent suicide attacks against Shiite targets in Kuwait and Saudi Arabia will increase its appeal to Sunnis in the Gulf. 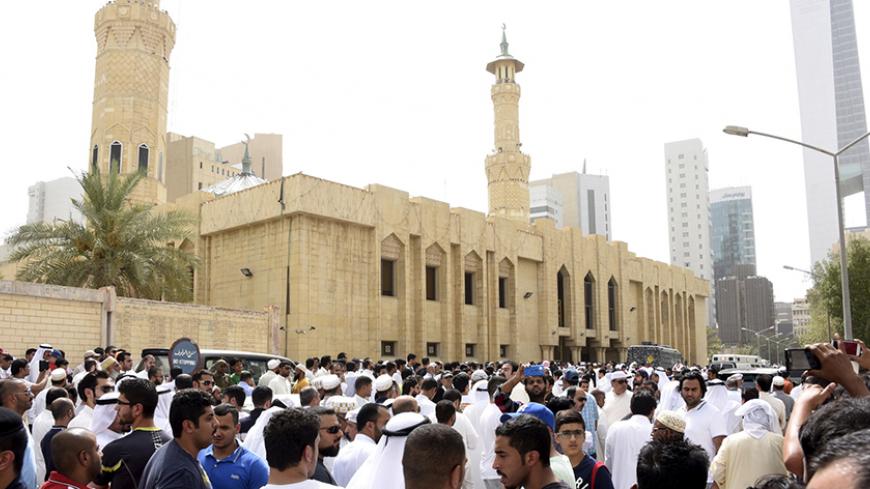 IS may have chosen to target Kuwait as part of prior planning, but it is just as likely that the weak security coordination between Gulf countries has made Kuwait an alternative to the Shiite targets in Saudi Arabia, where security has been tightened.

IS is certainly planning its operations intelligently, choosing the right times and places and young operatives who believe in the idea of the caliphate ​​and who are GCC residents with clean security records. For them, traveling within the GCC countries — which IS refers to as Wilayat Najd — does not require visas. The Saudi Interior Ministry released a statement June 28 following the attack against the Kuwaiti mosque, identifying the perpetrator as Saudi citizen Fahd Suleiman al-Qabba and stressing that Qabba was not wanted by the authorities and had never traveled outside Saudi Arabia.

Many Sunni and Shiite liberal writers and analysts, such as Mohammed al-Mahmoud and Fuad Ibrahim, blame Saudi Arabia’s Wahhabi religious curricula and satellite channels, especially Wesal TV and Safa TV, for the targeting of Shiite mosques in Saudi Arabia and Kuwait. Despite some truth in these accusations, they do not represent the main motives behind such bombings. These accusations represent an ideological stance that is anti-Salafism rather than logical analysis. This stance could be only partly true, for the following reasons:

In light of the historical ideological conflict that fuels the political disputes among Gulf countries, the caliphate project adopted by IS is a dream that attracts the youth from the Gulf region and beyond. They feel important, as they think they are contributing in the establishment of a new state after being politically marginalized. For this reason, they do not hesitate to carry out the orders of their leader, Abu Bakr al-Baghdadi.

According to IS’ unofficial news agency Aamaq news, from its perspective, a person is either a believer who pledges allegiance to Baghdadi’s caliphate or an apostate that deserves to die, with no room for a third category. This is IS’ policy toward all Islamic communities, including the Sunnis, whether they are Salafists or civilian fighters in Iraq, Syria, Libya or Egypt.

As of mid-June, 148 security personnel had been killed in Saudi Arabia, the land of the Two Holy Mosques. They have been officially called the “martyrs of duty” by the Saudi Interior Ministry.

IS was able to penetrate the GCC countries on the ideological level by convincing a large number of people that its project is politically legitimate, based on two foundations of Islamic tradition. The first is the Prophet Muhammad's prophecy of five political stages that Muslims pass through, the last being the return of the caliphate. The second is the pledge of allegiance, or "baia," whereby the elite and then the public choose a ruler (a prince or caliph).

Through its terror operations, IS wants to showcase the ruling regimes’ inability to protect their Shiite citizens and weaken their prestige. It boldly claims responsibility for these operations to show Sunnis in the Gulf and the world that IS is keen and able to protect Sunni beliefs and symbols.

Official sources in the Gulf worry that terrorist attacks targeting Shiites are part of a wider scheme whereby IS is provoking the Shiites to form armed groups, such as the Popular Mobilization Units in Iraq. IS would be happy to see Shiite Gulf leaders respond to the deadly provocations and take to the streets to confront the Gulf authorities for being unable to protect them, as happened in Qatif. On May 23, Sheikh Taher al-Shamimi from Qatif called for the formation of protective popular forces as he doubted the government’s ability to protect its Shiite citizens. On the same day, Sheikh Abdul Karim al-Hubail also demanded the region’s citizens establish and manage protection committees. However, on May 28, Saudi Interior Minister Mohammed bin Nayef rejected this call and said that he would not allow anyone to take up the role of the state.

In the absence of national projects, the ruling regimes in the Gulf will remain threatened by IS and the risk of the Sunni caliphate project expanding within the Gulf communities is looming. As long as the Gulf governments do not reform their political regimes by allowing for greater popular participation in managing wealth, the angry youth will continue to be driven by extremist organizations and terrorism will go on.