What was behind Qasem Soleimani’s visit to Lebanon? 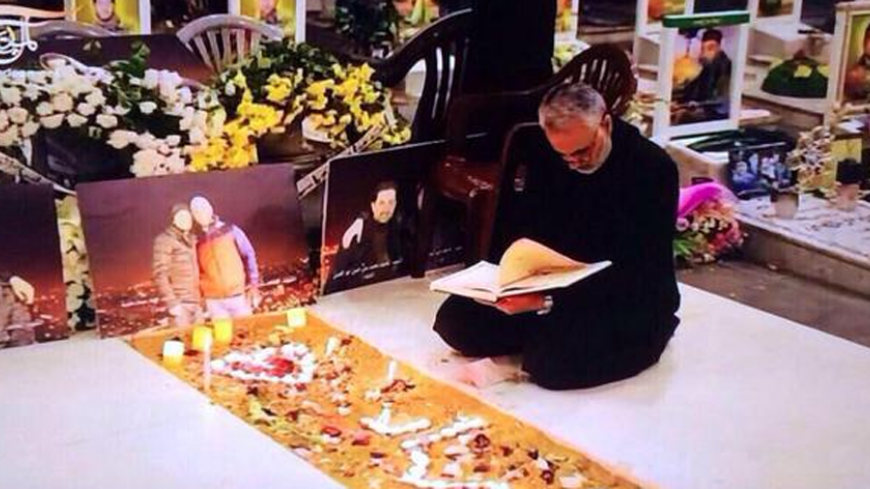 Two events marked the Lebanese political scene during the last days of January 2015. The repercussions of these events are expected to extend over more than a month. The first event, leaked through the media, was the visit to Beirut on Jan. 29 by Iranian Gen. Qasem Soleimani, a shadowy commander of the Islamic Revolutionary Guards Corps’ Quds Force — as described by some in the West.

The second was the content of the speech delivered the next day after the visit by Hezbollah Secretary-General Hassan Nasrallah, in particular regarding the party's stance on Israel and the new and developing confrontation.

Several points must be examined as expressive indicators and signs necessary for interpreting Soleimani’s visit.

First, this figure has a prominent role in the Iranian decision-making process, especially within the scope of Iran’s action plan on the field. Soleimani is present wherever there are confrontations in which Iran is directly involved. The man is omnipresent in Iraq, Syria, even in Yemen. He plays a consultancy, training or a field-related role on a case-by-case basis and according to the location and circumstances. Today, it appears that the case, location and circumstances of Beirut forced Soleimani to pay it a visit.

Second, Soleimani came to Beirut without announcing the purpose of his visit. However, one may presume that he met with Hezbollah’s leaders, mainly Nasrallah, and news circulated that the Lebanese and Iranian commanders discussed the current developments.

Third, the “secret visit” was leaked in the media through a smartphone picture broadcast by the Beirut-based Al-Mayadeen channel, a reliable TV station given its close ties with Iranian leaders as well as with Hezbollah itself. One may say that this is a media tactic intended to confer to Soleimani — a man whose name is associated to news and legends of war and intelligence actions — additional legendary and enigmatic characteristics.

Fourth, the leaked picture was taken at the tomb of late Hezbollah military commander Imad Mughniyeh, who was killed in an explosion in Damascus on Feb. 12, 2008. He was said to be a close friend of Soleimani, who was seen — in the picture — praying at Mugniyeh's tomb. A few days earlier, Jihad Mughniyeh, the second son of Imad Mughniyeh, was buried at this same tomb. Jihad Mughniyeh was killed Jan. 18 in an Israeli raid in Quneitra, Syria, targeting a car he was riding along with other Hezbollah members and an Iranian general said to be a friend of Soleimani. The raid led to the deaths of all the passengers.

Fifth, following the Israeli raid, talk circulated that Hezbollah’s decision to retaliate and avenge its fighters would consider the Israeli aggression and its repercussions. This incident turned the line stretching from Naqoura, located to the west of the Mediterranean Sea in the south, to the occupied Syrian Golan Heights in the east, into one single front; Hezbollah and its allies deal with it as one front subject to one operations order.

The first event was soon completed and clarified by the second event the following day. Nasrallah gave a televised speech Jan. 30 to his supporters, who rallied to pay tribute to the great Quneitra martyrs. Nasrallah announced that the Israeli airstrike had shattered the rules of engagement that existed between his party and Israel.

These rules of engagement were not written, of course, but they became sort of a custom applied in south Lebanon since the end of the July 2006 Israeli aggression and the issuance of UN Security Council Resolution 1701 calling for the cessation of hostilities between the parties without declaring a cease-fire.

Since then, skirmishes between the two parties became limited in number and to a specific place and time; any act became subject to the principle of proportional response. If an Israeli patrol infiltrated the border, Hezbollah would have a response limited in location. If Hezbollah members infiltrated the Israeli-occupied Shebaa Farms — considered by Lebanon as a Lebanese territory — Israel would only retaliate by shelling the infiltrators and their means of transportation, thus causing their withdrawal.

On Jan. 30, Nasrallah announced that Hezbollah was no longer concerned with these rules limiting the confrontations between the two sides. Nasrallah said, “From now on, we will hold Israel liable if any resistance member is killed in cold blood and we will consider it our right to respond in the appropriate manner, time and place.”