While some Iranians are concerned about Saudi Arabia intentionally causing the drop in oil prices to hurt Iran, the administration believes the price of oil will recover. 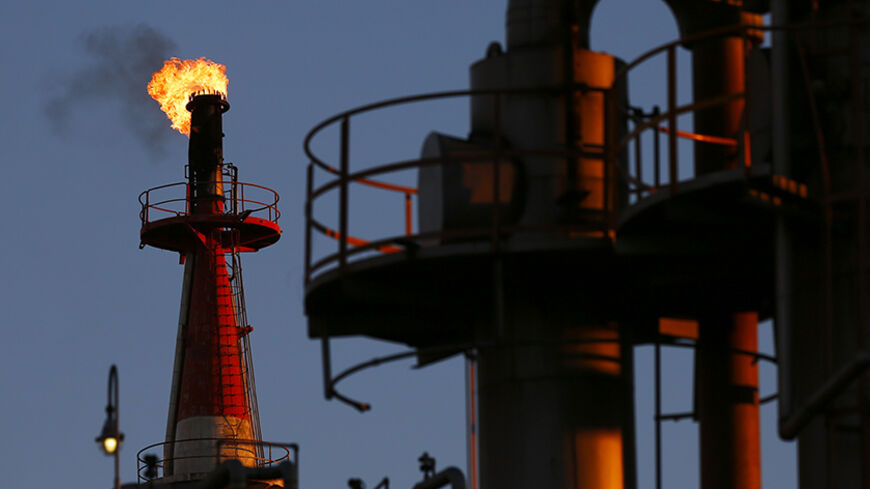 The precipitous drop in oil prices from a mid-summer high of $115 to $60 a barrel today has provoked strong reactions in Iran. After warning of a “plot” to lower oil prices earlier this year, officials in the President Hassan Rouhani administration have reassured the public that prices will recover.

Vice President Mohammad Bagher Nobakht, who also oversees Strategic Planning and Supervision, spoke to reporters after meeting with parliamentary officials. Nobakht dismissed reports that Saudi Arabia had set its budget assuming a $60 price for oil and said that some analysts believe the Saudi budget presumes an $80 price. Iran created its budget for the next year around a predicted oil price of $72.

While Saudi Arabia does not publish the oil prices it uses to calculate its budget, according to Reuters, four different analysts have predicted Saudi estimates at $55 to $63. These figures do not necessarily reflect predictions of the actual price of oil.

Nobakht explained that Nigeria, another member of the Organization of the Petroleum Exporting Countries, set its budget at $73. He added, “A number of experts believe that in the following year, oil will average $80.” He said that a Saudi oil adviser has given the same figure.

Despite Nobakth's statements, some analysts in Iran believe that Saudi Arabia, the Middle East’s largest oil producer, has increased production and intentionally caused a drop in prices to cause a financial hardship for Iran, its regional rival. Saudi Arabia and Iran are at odds over a number of war-torn countries, including Gaza, Syria, Lebanon, Iraq and Yemen.

According to the newspaper Taadol, while some analysts believe that the Saudi actions aim to make shale oil production costly for the United States, some analysts, such as Amir Mousavi, the director for Iran’s Center for Strategic and International Studies, blame Saudi Arabia for targeting Iran.

“In consideration of Iran’s place in the region, Saudi Arabia and its allies are playing their last card,” Mousavi said, adding, “In the last 35 years, Riyadh has done anything it could to strike Iran. Now with these actions, they have entered this battle openly.” Mousavi invoked the 1987 clashes that resulted in the deaths of hundreds of Iranians pilgrims in Mecca, saying, “From the killings in Mecca up until today, Iran has acted with restraint and sobriety, but it appears that this time, playing with fire is a type of suicide.”

Mousvi continued, “Saudi Arabia is certain that Iran will not react easily, but it appears this time is different and if necessary, Saudi Arabia’s economic interests in the region and the world will be targeted.” He went on, “The world today is moving toward dialogue with Iran but Saudi Arabia, with the efforts of the Zionist regime, is swimming against the current.”

Mousavi added, “If [Saudi Arabia] continues its policies of harming Iran, it should expect a strong response. The Islamic Republic sent a message to Riyadh last week that this confrontation should end soon. Now we have to wait for Riyadh’s response.”