Iran’s decision not to take action against low oil prices is primarily motivated by the ambition to reclaim market share. 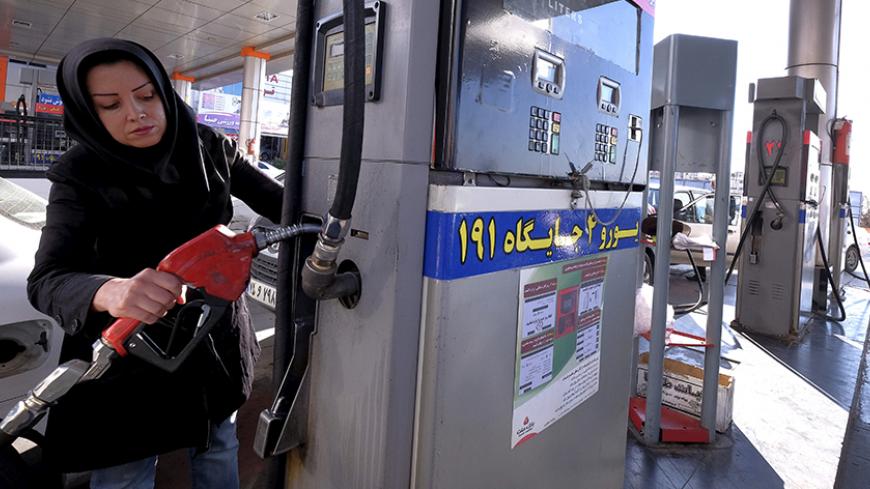 An Iranian woman puts a nozzle back after fueling her car at a petrol station in Tehran, Jan. 25, 2016. - REUTERS/Raheb Homavandi 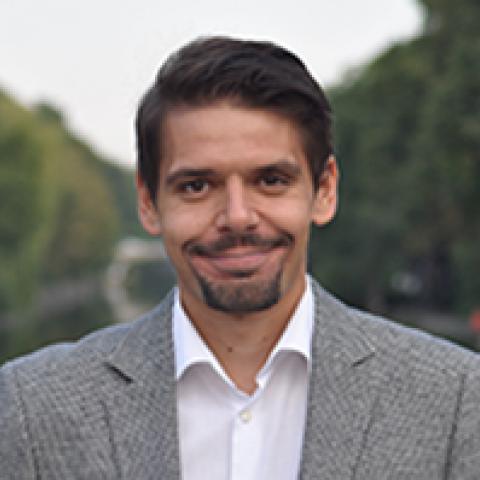 Iranian officials have repeatedly rebuffed calls by other oil producers to halt or cut production. Tehran appears determined to reclaim market share lost as a result of EU and US sanctions imposed in recent years over its nuclear program.

Oil Minister Bijan Zangeneh has ridiculed the idea of a production freeze, calling it a “joke.” In his telling, Iran will only join talks to this end after it has reached its pre-sanctions output of 4 million barrels per day (bpd). In fact, since the Jan. 16 implementation day of the Joint Comprehensive Plan of Action (JCPOA), Tehran has followed through and increased production. Though slower than predicted, some 300,000 bpd have been added to Iran’s output, which now amounts to 3.2 million bpd. This has enhanced the oversupply in the international markets, thereby contributing to the prolonging of the low oil price cycle. Indeed, the dramatic oil price decline since mid-2014 has obviously hurt Iran, which is a major oil producer. Income from oil exports has crumbled accordingly, putting the Iranian government under severe pressure.

However, compared with other major oil producers, Iran finds itself in a somewhat better position to cope with low oil prices — at least in the long run. Time is particularly on Iran’s side when compared to its major regional rival, Saudi Arabia. In this vein, a number of factors play into Iran’s hand — if managed properly by the government.

First, Iran experienced the major fiscal shock to its budget earlier than other oil producers. Already since 2011, Tehran was confronted with a drastic decline in oil revenue. Harsh energy and financial sanctions by the European Union and the United States halved Iranian exports to 1.3 million bpd in 2013. In the meantime, Iran launched a series of mitigation policies under the label of the “Resistance Economy.” These comprise the increase of taxation as well as the promotion of non-oil economic growth.

Second, Iran’s economy is more diversified as its energy sector has increasingly integrated into the country’s economy. In the 1970s, more than 90% of Iran’s combined oil and natural gas production was exported, with only less than 10% consumed at home. In stark contrast, in 2014, domestic consumption accounted for 76% of the oil and natural gas produced in Iran. Of note, in absolute terms, domestic oil and natural gas demand increased by almost nine times between 1970 and 2014. Though parts of this increase are related to population growth and overconsumption, the integration of the energy sector into the economy was nevertheless accompanied by the rise of non-oil economic activity. By 2014, Iran’s real gross domestic product had grown by 2.7 times compared with 1988, when the eight-year-long Iran-Iraq War ended. Based on the domestic consumption of energy, Iran has begun to industrialize — particularly in energy-intensive branches such as petrochemicals, cement and steel.

Third, Iran’s non-oil trade deficit is narrowing. Increasing economic activity outside the energy sector has allowed Iran to expand the export of non-oil products. As a result, by the Iranian year 1393 (2014-15), the non-oil trade deficit had shrunk to $2.7 billion, down from $33.8 billion only five years earlier. Unlike in the past, Iran today requires only comparably little hard currency from oil exports to offset its non-oil trade deficit.

Fourth, based on non-oil economic growth, Iran’s state budget can resort to other means of finance such as taxation or asset sales. Despite the increasing integration of the energy sector into the country’s political economy, large portions of Iran’s government budget continue to be based on oil revenue. Although somewhat declining and already well below the level of other oil-exporting countries, the International Monetary Fund estimates that oil revenues are still accounting for some 29% of government revenue in the current Iranian year, ending March 19. But unlike most other oil-exporting countries with little economic activity outside the energy sector, the reasons behind this are more political and less economic. Successive administrations have failed to substantially increase the highly unpopular taxes. Moreover, most parastatal organizations, which play a significant role in the Iranian economy, have enjoyed tax exemptions. However, as pressure on the government budget mounted, the administration of President Hassan Rouhani has increased taxation. The government has also announced that it will make the parastatal organizations eventually subject to taxation — although the question of enforcement remains on the table.

Fifth, in the short term, Iran is benefitting from the release of frozen assets as part of the implementation of the JCPOA. EU and US sanctions over the Iranian nuclear program prevented Iran from accessing funds and assets abroad, which are estimated to amount to some $100 billion. With the implementation of the nuclear deal, these funds are now becoming available to Iran. Though only a one-off measure, this is easing the burden of falling oil prices in the short term.

In all, these factors should not be taken as to suggest that Iran is not suffering from the decline in oil prices. As a significant portion of government income continues to stem from oil revenue, there is no doubt that the Rouhani administration is facing pressure. Moreover, fundamental economic reform is complicated by a series of factors, including widespread corruption, nontransparency, deficient law enforcement and the grip of parastatal — but not government-controlled — organizations over large swaths of the economy.

Nevertheless, it appears in the long run as if Iran is better positioned to endure low oil prices than most of the other oil-exporting countries in the Middle East and North Africa. In particular, Iran’s regional rival Saudi Arabia is experiencing rather extreme challenges. Some 80% of the kingdom’s government income comes from oil exports, and alternative sources yet need to be developed. While Riyadh’s financial reserves are still vast, amounting to $620 billion in early 2016, they are rapidly shrinking: Only last year, they declined by some $100 billion.

Against this backdrop, the effect of low oil prices might go beyond the borders of the oil-producing countries and also affect regional political dynamics. Iranian and Saudi spending to support allies and proxies, a major component of their projection of power throughout the region, is obviously a function not only of intentions in Riyadh and Tehran, but also of the financial means at their disposal. Assuming that Iran is better positioned to endure low oil prices in the long run than Saudi Arabia, as argued here, the question of when oil prices will climb again could therefore be of crucial importance for the geopolitics of the region.

Certainly, Iran’s decision not to take action against low oil prices is primarily motivated by the ambition to reclaim market share. The fact that Iran’s major regional rival, Saudi Arabia, is about to suffer comparably more from low oil prices, however, has not gone unnoticed in Tehran.