Iranian officials and media outlets have expressed concern over the president’s budget for the next Iranian year, worrying that the administration has been overly optimistic in predicting oil prices. 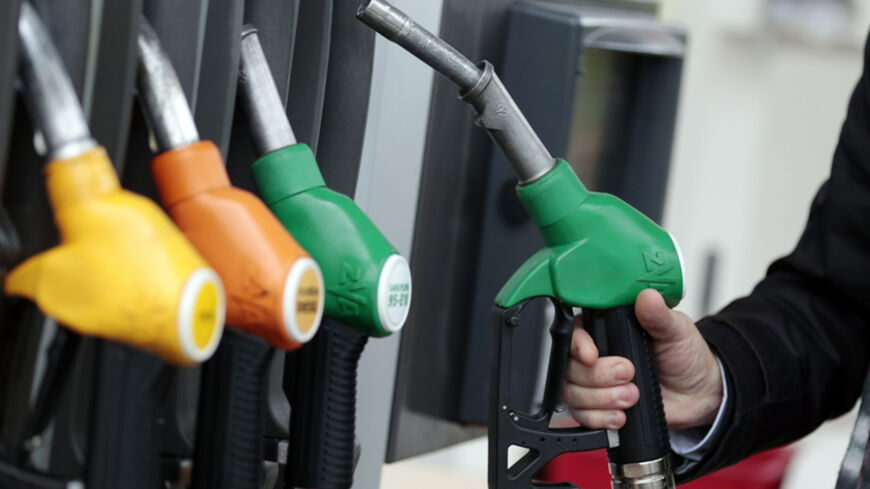 A customer prepares to fill up his tank in a gasoline station in Nice, Dec. 5, 2014. - REUTERS/Eric Gaillard
Arash Karami
@@thekarami
December 10, 2014

On Dec. 7, Iran’s President Hassan Rouhani presented his administration’s budget for the Iranian year starting March 20 to parliament. The budget was created by estimating the price of oil at $72 per barrel. However, later statements by officials and criticism by conservative media outlets indicate wide concern over the price of oil.

Vice President for Strategic Planning and Supervision Mohammad Bagher Nobakth said that only a third of Iran’s budget is dependent on oil revenues and that the administration is taking into consideration that the price of oil will not remain constant. He said that when last’s year budget was announced, the price of oil was $108 per barrel and the budget was calculated based on $100 per barrel, adding, “Who would have thought that the $108 oil of last year would reach $68 today?”

Nobakht explained that while the price of oil is unpredictable, some experts believe that it will not drop below $70, while others believe it will reach $80.

Conservative Mashregh News reported that the administration ignored various warnings last year that creating the budget assuming oil would be worth $100 was a risk, reminding him that when the budget was presented, he had said, “Certainly the price of oil would not drop below this figure.”

The article slammed Nobakht’s confidence, saying that many domestic and foreign analysts had “warned the administration about the optimism of $100 per barrel of oil.” The report added that a number of other oil-producing countries had created their budgets assuming $80 per barrel. Mashregh also questioned the wisdom of estimating the price at $72 when it is currently lower.

In a meeting with administrative officials in Hamedan, Vice President Eshag Jahangiri called falling oil prices “unnatural” but stressed that Iran’s budget could handle even lower oil prices. At a Dec. 9 meeting, Jahangiri called the oil prices' falling from a high of $115 per barrel mid-summer to below $70 a “political plot” and said, “Certainly this issue was not a natural event and not a result of supply and demand.”

According to the transcript provided by Fars News, in discussing the role of “regional countries” in the price drop, Jahangiri said, “The officials of these countries should not make their relations with a powerful and influential Iran dark, because this issue will be to their detriment.” He added, “Even if the conspirators reduce the price of oil to $40, we’ll manage the country well.”

There has been speculation over the price Iran needs oil to reach to manage its budget for this year. Al-Monitor contributor Bijan Khajehpour recently argued that Iran can make its budget work for the remaining Iranian year if oil remains around $80 per barrel.