Hosting Iraq’s Vice President Nouri al-Maliki this week in Tehran, Iran’s president raised the issue of falling oil prices and their implications for the region. 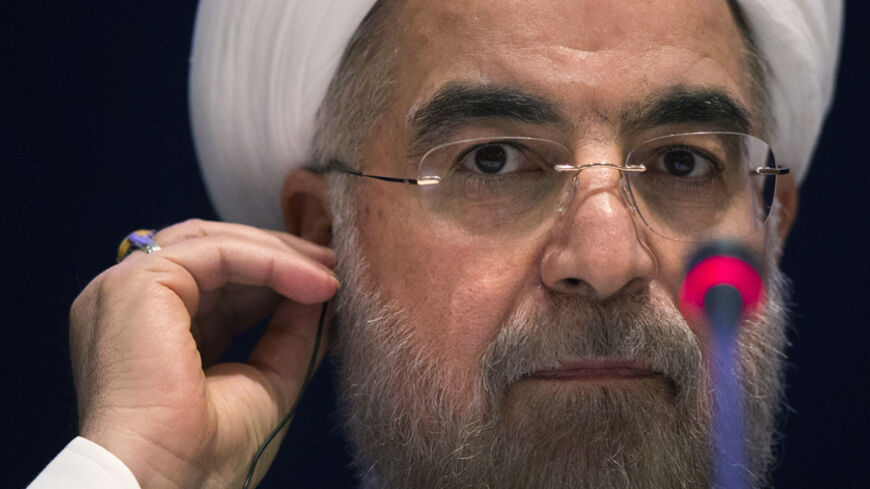 “Today, from one side, extremism, violence and terrorism and from another side, the plot of the reduction in the price of oil are examples of the problems that have been created for the people of the region,” Rouhani said, according to the president’s website. He expressed hope that with “cooperation” these problems could be solved.

Rouhani did not explain exactly what this “plot” was but given that many believe Iran needs oil to be at well above $100 per barrel to maintain its budget, the current price just above $80 per barrel must have Iran concerned.

In mid-June, when the Islamic State (IS) took over parts of Northern Iraq, prices were near $115 per barrel.

There are a number of factors leading to the low oil prices. But the Organization of Petroleum Exporting Countries, a body to which both Iran and Iraq belong, has not indicated that it will cut oil production anytime soon. Neither have two other major oil producers, Libya and the United States.

Rouhani also praised Maliki and the Iraqi government for the transfer of power in Iraq and said that when Maliki dropped his bid for a third term as prime minister and stepped aside for new Prime Minister Haidar al-Abadi, “The enemies of Iraq wanted to create many problems for Iraq” but Maliki's “prudence” prevented them.

On Nov. 10, Maliki met with Iran’s Supreme Leader Ayatollah Ali Khamenei, who praised Maliki’s performance as prime minister from 2006 to 2014, adding that his decision not to seek a third term “prevented turmoil and instability in Iraq,” according to the supreme leader’s website.

Ayatollah Khamenei added that Mailki’s decision to step aside “will never be forgotten” and his support for prime minister Abadi and “efforts to create unity” have been positive steps that should be continued.

Maliki thanked Iran for assisting Iraq in “fighting foreign terrorists.” During his meeting with Rouhani, Maliki also said that IS militants are in retreat but warned, “Until the unrest in the region ends, the impact of that unrest will continue.”

In June, when IS took over large parts of Northern Iraq and the much of the Iraqi army retreated to Baghdad, Maliki faced pressure to not seek a third term as prime minister and allow a new leader to emerge to unite the various religious and ethnic groups in Iraq who many say were alienated by Maliki’s policies.

The United States' help in fighting IS in Iraq was contingent on Maliki stepping aside. Despite its close relations with Maliki, it is believed Iran also worked behind the scenes to encourage Maliki not to seek a third term and was one of the first countries to express support for the new prime minister.