The battle between Iraqi forces and the Islamic State of Iraq and al-Sham (ISIS) could get even more brutal as the conflict occurs in Sunni-Shiite contact points. 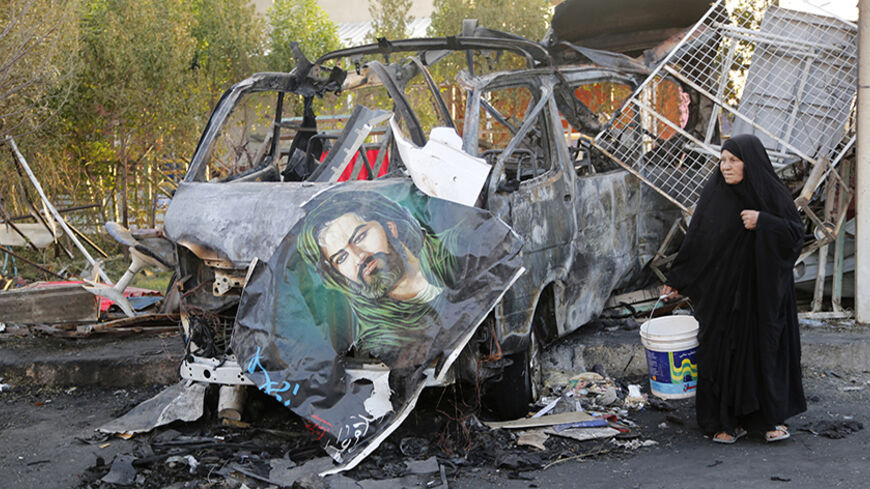 A woman walks past the site of a car bomb attack in Baghdad's Sadr City, June 18, 2014. - REUTERS/Thaier Al-Sudani

The battles that erupted when gunmen from the Islamic State of Iraq and al-Sham (ISIS) and other groups occupied Mosul on June 10 are now approaching sensitive areas for the Shiite community, shifting the patterns and implications of the conflict.

After the gunmen took Mosul, they headed south toward Tikrit and the provinces of Salahuddin and Kirkuk, bypassing the city of Tal Afar, which lies northwest of Mosul and is predominantly inhabited by Shiite Turkmens. But on June 16, they attacked Tal Afar without being able to gain control of it.

Tal Afar is a very dangerous contact point, which carries nationalist and sectarian dimensions for the Turkmens and Shiites respectively. For this reason, a large government force is still holed up there.

Iraqi government forces, which have experienced a series of collapses since the start of the fighting, left another contact point, the town of Tuz Khurmato. The town is demographically and religiously similar to Tal Afar but in favor of Iraqi Kurdistan's peshmerga forces, with gunmen present at the city’s outskirts.

Government troops and Shiite volunteers have responded to a fatwa issued by top Shiite cleric Ali al-Sistani, and taken up positions in the city of Samarra, north of Baghdad, and at its borders, securing the road between the two cities.

Samarra is a complex region and hosts two Shiite shrines, which were destroyed by al-Qaeda in 2006, leading to the outbreak of civil war.

Defending Samarra is difficult due to the city’s geography. It is open to the north and east through the uncontrolled al-Jalam Desert, which has been previously used as an entry point to occupy the city. The Sunni population dislikes both the Iraqi army and the Shiite volunteers and militiamen stationed in the city. This situation has forced an increase in the size of the fortifications and troops near the al-Askari shrines in particular.

Yet, the militants did not make a strong push on Samarra, as was expected. Rather, they attacked Shiite-majority Balad, another contact point to the south. Whoever controls Balad can impact the Iraqi army’s ability to resupply its troops in Samarra. However, government forces stationed in Balad repelled the attack.

Another sectarian contact point is the town of Khalis, northeast of Baghdad, on the borders of Diyala province. Khalis is a Shiite-majority town that has seen intense security preparations after al-Azim, to the north, fell to ISIS and its allies.

Strategically, al-Azim is more important than Khalis. The fall of al-Azim would end all means of land communication between the regions of Kurdish influence, which stretch from the cities of the Kurdistan Region of Iraq to the Hamrin Mountains, and those of Shiite influence, which stretch from Baghdad down to al-Azim. It is worth noting that the Baghdad-Kirkuk-Erbil road is now effectively closed due to this fact.

The center of the mixed-religion city of Baquba is also a sectarian contact point. Government forces have succeeded in repelling an attack by gunmen inside Baquba after the towns of Jalula, al-Saadia and Muqdadiyah fell to gunmen.

Diyala province, which borders Iran to the east, has witnessed conflict between government forces, ISIS gunmen and the Kurdish peshmerga, making it very important in the overall conflict. Unconfirmed reports indicate that three Iranian units have entered Diyala. The conflict over Diyala could take a new turn and trigger a regional or international crisis. ​

Sectarian contact points are located in towns spread in the Sunni “ocean” north of Baghdad, and identifying them requires defining the battles currently taking place in Iraq.

Until now, the deployment map of ISIS and its allies showed they had positioned themselves in predominantly Sunni towns, and that Shiite-majority towns were well-protected by government troops and volunteers.

At this stage, the conflict’s essence is political. The gunmen halting their march to contact points and the fact that they stopped threatening to enter Baghdad allow us to deal with the crisis based on two main tracks:

If ISIS crosses the contact points, occupies Shiite towns and commits massacres, the conflict would reach an entirely different level, formally becoming a sectarian conflict. This is not impossible given ISIS's behavior, continued threats and political approach that seeks to cause sectarian wars.

It is not enough to protect Shiite towns from the gunmen. Given the current nature of the battle, avoiding crossing the demarcation lines in the coming days is not guaranteed.

Recovering gunmen-controlled Sunni cities militarily without the required political changes and without calling for Sunnis to participate in this process will have a negative impact on the solution. Iraqis want this solution implemented with the fewest possible losses at the national level.