Although Iraq has seen a sharp rise in the number of higher education institutions in recent years, the quality remains poor. 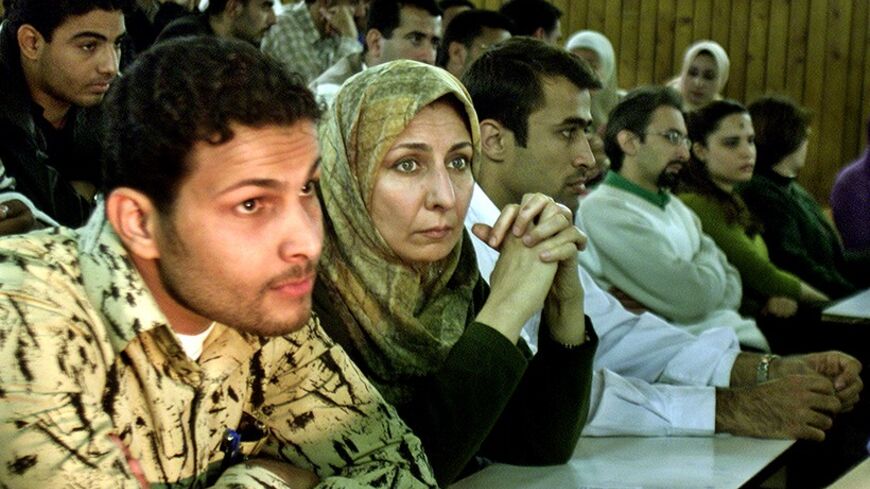 Iraqi universities were known for their scholarly and technical prosperity in the 1960s and 1970s. They graduated the best specialists in the Arab world in various disciplines, and hundreds of foreign students from other Arab countries came to study in Iraq because of the reputation and prestige of these institutions.

Yet, they lost this reputation in the 1980s due to Saddam Hussein's dictatorship, ongoing wars and the economic blockade, and there is nothing on the horizon suggesting a qualitative development to restore the scholarly status of Iraqi universities. The reasons for this are the crises that have plagued Iraq in the post-2003 period, in addition to the unsuccessful policies of the Ministry of Higher Education and other governmental institutions involved.

The ratings of global institutions specialized in evaluating the performance of universities, such as the Spanish National Research Council (CSIC), place Iraqi universities at very low rankings compared to their counterparts throughout the world. In addition, Iraqi universities are not effectively involved in global research projects, and none are mentioned in scholarly reports in the various fields of science and education.

This is despite the fact that a large quantitative development has occurred in recent years in Iraq. Iraqi Prime Minister Nouri al-Maliki, whose term has expired, launched the Educational Initiative in 2009 to send student delegations to foreign universities. This initiative included the possibility of sending 1,000 students from various scholarly disciplines to foreign universities each year. This is in addition to the delegations sent annually by the Ministry of Higher Education's Delegations Bureau.

The Iraqi Ministry of Higher Education had decided in 2013 to not send delegations in the field of the humanities, because they were not a priority to the country's needs. This decision was met with widespread criticism from these specialists, because Iraq is suffering from widespread social crises and problems that are normally dealt with by various disciplines in the humanities. Thus, the decision will prevent social and humanitarian development in the country, and was based on a piecemeal and noninclusive view of development.

Al-Monitor contacted the Information Department at the Ministry of Higher Education to learn more about the quantitative development in higher education in recent years. So far, 8,500 students have been sent outside of Iraq as part of delegations to foreign universities. Moreover, the amount allocated for these delegations has grown to $450 million in 2014. The ministry has also worked to establish new universities, most of which are in specialized fields, and five universities have been established in the past four years. With regard to the trend toward specialized universities, there are, for example, plans to found an oil and gas institute in Basra. Moreover, the ministry has allocated $1 billion to equip Iraqi universities with modern laboratories. Some of them have been completed, while others are still in the works.

Regarding efforts to update curricula, Minister of Higher Education Ali al-Adeeb launched at the beginning of this year a campaign against religious curricula in Sharia colleges. He described these curricula as extremist and "takfiri," and noted that a large number of leaders of extremist groups in Iraq, such as al-Qaeda, are graduates of Sharia colleges. Adeeb's stance on religious curricula in Sharia colleges raised the ire of Sunni religious and political figures, who felt that he was targeting Sunni curricula alone and not considering their Shiite counterparts. The chairman of the parliamentary Committee on Education, Abdul Dhiab al-Ujaily, criticized Adeeb's position and said it was not positive. He called for an in-depth study into this area before the implementation of any plan.

On the other hand, the complicated administrative procedures are one of the main reasons for the lack of development in the field of education. For example, it is very difficult to obtain permits for the establishment of new universities, especially foreign ones. Meanwhile, Iraq needs to establish local branches of internationally renowned universities, so it can update the field of university study and link it to the global academic world. This is what the Kurdistan Regional Government has been doing for years. A number of prestigious international universities have opened branches in the Kurdistan Region of Iraq, and this was done via direct support from the local government. The most prominent such example is the American University of Sulaimani, which opened its doors in 2007. Oddly enough, the Iraqi Ministry of Higher Education does not recognize degrees from this university, despite its global renown and the international prestige it enjoys.

It seems that rebuilding the academic field in Iraq needs an in-depth vision more than it needs the quantitative allocations the Iraqi government is currently providing. Iraq needs to: