Saudi Arabia and Qatar have different ideas about what constitutes internal and external threats to the Gulf region, making their partnership within the Gulf Cooperation Council difficult. 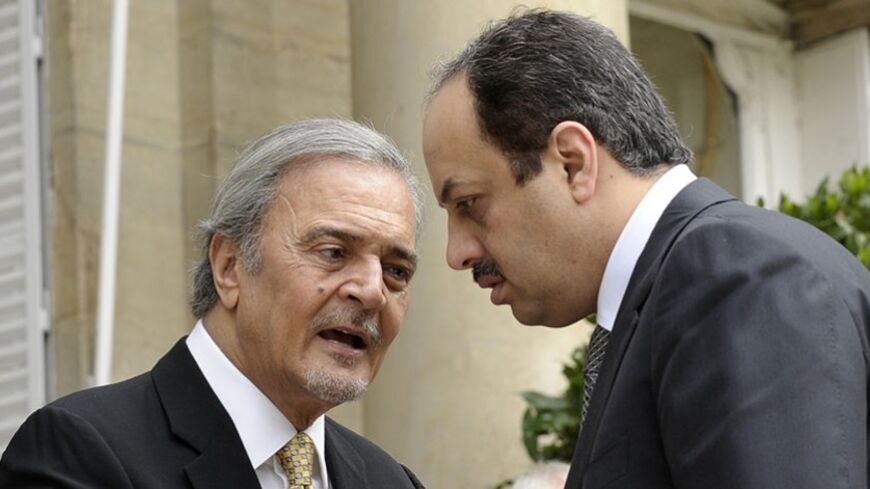 The withdrawal of the Saudi, Emirati and Bahraini ambassadors from Qatar did not surprise many. The relationship between the Emirati-Saudi axis and Qatar had been rife with tension and mistrust, especially after the beginning of the Arab uprisings and the fall of a number of countries' regimes, in particular that of former Egyptian President Hosni Mubarak, a traditional ally of the Saudis and Emiratis.

The United Arab Emirates and Saudi Arabia share the same concerns about internal threats to their stability. These concerns form the bases for their foreign policies, and the main reason for their disagreement with Qatar, Oman and Kuwait. The dispute with the latter two, however, is not as intense as the one with Qatar.

Since the 1990s, Saudi Arabia has been waging a fight against Islamist movements and all their offshoots, the latest of which being the designation of the Muslim Brotherhood, Jabhat al-Nusra and the Islamic State for Iraq and al-Sham as terrorist organizations.

While Saudi Arabia mostly succeeded in eradicating violent factions, al-Qaeda and the jihadist movement remained strong along its border with Yemen as they continued to gain strength in Syria. Further complicating matters was the emergence of the nonviolent social Islamist movement, which gained importance as its counterparts came to prominence in some Arab countries as a result of the Arab Spring revolutions.

In contrast, the UAE, according to its government, does not face any internal threats, except from people affiliated with the Muslim Brotherhood. Some members of the latter were accused of and prosecuted for forming cells that threatened to overthrow the ruling regime.

This convergence in perception brought these countries closer together regarding regional issues influenced by the Islamist movement and its political ascent, with both the UAE and Saudi Arabia backing the July 3, 2013, coup in Egypt. They believed this would prevent Egypt from falling under the rule of the Muslim Brotherhood, which would engender even more bothersome internal and external threats for those two countries.

Qatar is different in this regard, as early on, it managed to resolve its qualms with the Islamist movement when the Qatari Muslim Brotherhood disbanded itself in 1999, removing any perceived internal threat to the Qatari regime. This move allowed the latter greater flexibility and gave it added room to maneuver and form external alliances, unlike the UAE and Saudi Arabia, where potential internal threats remained the main foundation upon which external alliances and policies were built.

Kuwait, on the other hand, was able to contain the Islamist movement through its constitutional system of governance that permits the expression of varied political views and permits the holding of protests. As a result, and unlike Saudi Arabia and the UAE, it is not worried about the ramifications of Egypt submitting to the rule of the Brotherhood, or about the increased influence of Islamists in the region who can be placated through parliamentary representation in the scope of its constitutional monarchy.

In contrast, Oman’s sectarian makeup reduces but does not completely negate the impact of any internal Sunni political factions, rendering the country less concerned about them than are Saudi Arabia and the UAE.

Qatar’s policies clash with those of Saudi Arabia in more than one place. In Egypt, Qatar stood against the July 3 coup, while Saudi Arabia and the UAE were and remain of the opinion that the success and stability of the new Egyptian regime are vital and cannot be compromised.

In Yemen, Qatar backs the Muslim Brotherhood’s representative there — Al-Islah, the Yemeni Congregation for Reform — while Saudi Arabia maintains a skeptical stance toward the latter.

In Syria, a report published by Reuters in January indicated the presence of a conflict and competition between Saudi Arabia and Qatar for control of armed factions on the ground, as well as for influence over the Syrian National Coalition.

But Egypt continues to be the closest and most pressing danger, since the repercussions of internal Egyptian affairs on Gulf countries are much more strongly felt than those emanating from Syria and Yemen.

The risks and dangers faced by Gulf Cooperation Council (GCC) countries revolve around two factors: the Iranian threat, with its variety of associated Shiite ideological parties, and the potential threat by internal opposition factions, dominated by Sunni Islamist factions.

In the view of smaller Gulf states, and despite divergent analyses of the seriousness thereof, the Iranian threat can be neutralized through their mutual agreements with the United States. In other words, and according to this view, the GCC’s ability to influence how this threat is confronted is limited in light of Washington’s commitment to guarantee the security of the Gulf. Meanwhile, those same countries differ in their assessment of the existence of the second threat and disagree on how to best deal with it.

Qatar claims that its stance in Egypt does not constitute any interference in internal Saudi or Emirati affairs. But both those countries view the Egyptian issue as an internal and not an external one, as dictated by their characterization of the nature of the dangers that they both face. As such, they might view Qatar’s backing of the revolutionary movement as affecting their security or as meddling in their internal affairs.

It is illogical to think that Qatar, Saudi Arabia and the UAE can remain part of the same security organization when they have such divergent views about where their common dangers lie. Matters grow even stranger when Qatar’s foreign policy choices ally it with Islamist movements in Arab Spring countries and present them with support, while those same movements, in the eyes of the Saudis and Emiratis, constitute a threat to their existence.

The diametrically opposed stances of both sides, and the great divergence in their perception and view of the region and the dangers therein, make their continued membership in the same alliance illogical. And their persistence in this alliance would prove that the GCC is but a token construct that has no influence upon the policies adopted in the region, as is the case with the Arab League as well.