A recent field study in Aleppo finds Jabhat Al-Nusra and other "Islamic brigades" have benefited from the brutal tactics and unpopularity of the Islamic State of Iraq and al-Sham (ISIS). 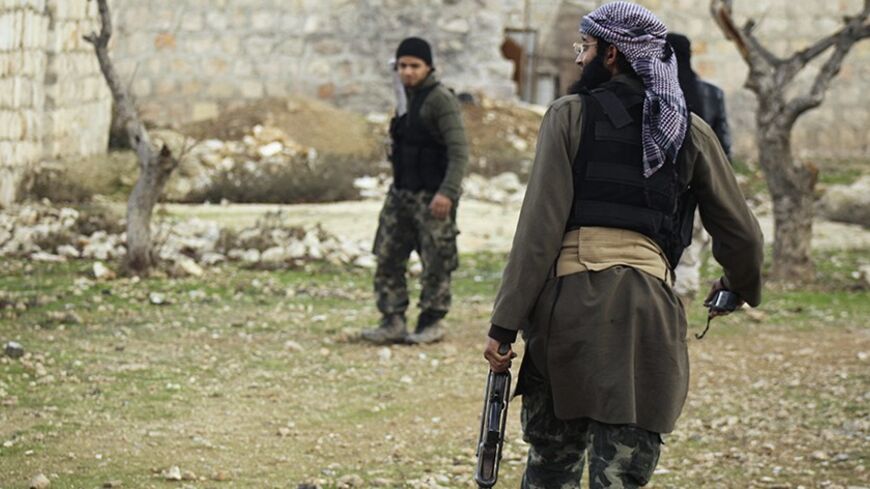 Members of Islamist Syrian rebel group Jabhat al-Nusra carry their weapons as they move toward their positions near Aleppo airport, which is controlled by forces loyal to Syrian President Bashar al-Assad, Jan. 28, 2014. - REUTERS/Ammar Abdullah

A four-month study of residents of Aleppo organized by the mapping firm First Mile Geo and Caerus Associates, a company founded by David Kilcullen, an Australian counter-insurgency expert and former aide to retired Gen. David Petraeus, suggests that international mediators are ignoring changing dynamics in Syria that have discredited both the Damascus government and, increasingly, the externally-based Syrian National Coalition.

The spreading catastrophe of the Syrian civil war has alienated most Syrians and indeed a plurality of 40% of the 561 Aleppo residents surveyed from September through January tend to believe that “no one” represents the Syrian people, according to the study.

A surprise, according to Nate Rosenblatt of Caerus, was the low degree of support enjoyed by the Syrian government even in the regime-controlled western portion of the city. Between 20-40% of residents in those neighborhoods, many of them heavily Christian, described the regime of Bashar al-Assad as the “greatest threat to Syria,” Rosenblatt said. Citywide, the government had the support of only about 12% of the population while the externally based Syrian National Coalition was backed by less than 2%. These Syrians, with less than 15 percent support in Aleppo, participated in the recent failed peace talks in Geneva. So-called Islamic brigades, including Jabhat al-Nusra, had about 29% support, with other Syrian-led forces next at about 21%.

Kilcullen said that Jabhat al-Nusra, unlike the Islamic State of Iraq and al-Sham (ISIS), was borrowing tactics from organizations such as Lebanon’s Shiite Hezbollah by providing social services as well as protection to those under its control.

“If al-Qaeda and Hezbollah had fallen in love and gotten it on, their love child would be Jabhat al-Nusra,” Kilcullen said. The group is escorting children to school and making deals with the Syrian regime to bring in supplies, not targeting opponents and “sawing off their heads on television” like ISIS is wont to do, he said.

The analysis, which was presented Thursday (Feb. 20) at an event sponsored by the American Security Project, a bipartisan US non-profit group, could have wider implications given that Aleppo is the country’s largest and most diverse city and also, before the civil war, the biggest center for manufacturing. The Syrian government has been dropping so-called barrel bombs on the ancient metropolis, killing thousands and causing many to flee to neighboring Turkey.

Kilcullen, while saying he was not giving “policy prescriptions,” said Nusra appeared to be “very locally focused” and questioned whether it was accurate to describe it as a “global terrorist group.”

The US sanctioned Jabhat al-Nusrah "as an alias of al-Qaeda in Iraq” in December 2012, stating that the group was responsible since November 2011 for “nearly 600 attacks — ranging from more than 40 suicide attacks to small arms and improvised explosive device operations” which killed “numerous innocent Syrians.” The State Department press statement added that “al-Nusrah has sought to portray itself as part of the legitimate Syrian opposition while it is, in fact, an attempt by AQI to hijack the struggles of the Syrian people for its own malign purposes.”

The US has designated other influential militant movements, including Hezbollah and Hamas, as terrorist groups, although not as al-Qaeda affiliates, as is the case with Jabhat al-Nusra.

The Aleppo study employed local enumerators in both Syrian government and opposition-controlled areas, dividing the city into 56 major neighborhoods. Using software honed for what is known as “crisis mapping,” they looked at a large number of variables including the availability and price of bread, the number of checkpoints and attitudes toward different armed groups.

The findings confirmed the rapid rise and fall of ISIS, which al-Qaeda central has disavowed. The group, which had no perceivable presence in Aleppo in October 2013, controlled 12 neighborhoods in eastern Aleppo by December but dropped back to 10 neighborhoods in January and has probably lost more support this month, as other opposition groups have risen against it, Rosenblatt said.

Interestingly, the neighborhoods where ISIS initially grabbed control were among the poorest in Aleppo and the farthest from the front line between regime and opposition-held areas, which snakes through the city from the northwest to the south.