Will US, Russia start coordinating against Jabhat al-Nusra in Syria?

The United States, increasingly concerned about the threat posed by al-Qaeda’s Syria affiliate Jabhat al-Nusra, is continuing to discuss with Russia a proposal to target Jabhat al-Nusra and IS. 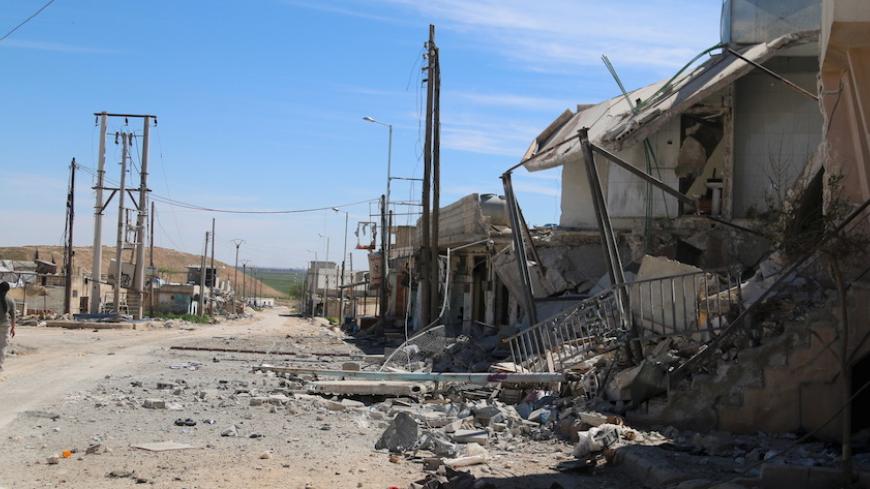 WASHINGTON — The United States, increasingly concerned about the threat posed by al-Qaeda’s Syria affiliate Jabhat al-Nusra to US national interests and allies, has discussed with Russia a proposal to target Jabhat al-Nusra as well as the so-called Islamic State (IS), under very strict conditions that Russia should meaningfully restrain Bashar al-Assad's regime for it to observe a partial Syria truce and allow in unfettered humanitarian aid.

“In Syria, as [IS] is losing territory in the east, its terrorist rival — Jabhat al-Nusra — is gaining ground in the west, putting down roots in Idlib province along the Turkish border,” Brett McGurk, the US special presidential envoy for the Global Coalition to Counter IS, said June 28 in written testimony to the Senate Foreign Relations Committee.

“With direct ties to Ayman al-Zawhiri, Osama bin Laden’s successor, Nusra is now al-Qaeda's largest formal affiliate in history,” McGurk said. “This is a serious concern, and where we see Nusra planning external attacks, we will not hesitate to act.”

While largely motivated by counterterrorism concerns, the United States believes the proposed measures could help shore up the cease-fire, reduce violence against civilians and allow more aid in, thus improving the environment for resumed Syria political transition talks, while the Syrian opposition fears weakening Jabhat al-Nusra would enable the Assad regime to make rapid gains on the ground, particularly in the Aleppo area.

The United States and Russia have not yet come to agreement on the proposal, a US official told Al-Monitor on July 5. But they continue to discuss it, including in a call July 2 between US Secretary of State John Kerry and Russian Foreign Minister Sergey Lavrov, and in meetings in Washington last week between UN Syria special envoy Staffan de Mistura, US National Security Adviser Susan Rice, her deputy Rob Malley and Deputy Secretary of State Antony Blinken.

“There are only two ways to pressure Assad,” a senior US official, speaking not for attribution, told al-Monitor. “Directly escalate against him by taking US military action or massively increasing support for the [increasingly extremist] opposition, which would likely make the war worse, cause the Russians/Iran to double down, etc.”

The US official said, “Or pressure him through the Russians by cutting a deal that serves our own counterterrorism interests."

“Grounding the [Syrian] air force is possible; restricting its area of activity could be a possibility,” a diplomat involved in the international discussions on Syria, speaking not for attribution, told al-Monitor.

Talks between the UN envoy’s team in both Washington and Moscow in recent days have gone well, and the diplomat was hopeful they might be able to reach agreement eventually.

The intensified US-Russian discussions on how to enforce the Syrian cease-fire and focus more pressure on Jabhat al-Nusra as well as IS come as US officials have started describing Jabhat al-Nusra as a direct threat to US national security.

“We’ve been clear about Russia’s obligations to ensure regime compliance with the cessation of hostilities,” State Department spokesman John Kirby told journalists at the State Department press briefing June 30. “We have also been clear about the danger posed by al-Qaeda in Syria to our own national security. We’re looking at a number of measures to address both of those issues while also accelerating the fight against [IS].”

Jabhat al-Nusra “is establishing schools and training camps, recruiting from abroad, launching major military operations and enjoying a sophisticated online presence, all the while providing safe haven for some of al-Qaeda’s most experienced terrorists,” McGurk told the Senate Foreign Relations Committee. “To end Nusra as a threat, however, we must find a mechanism to de-escalate and end the Syrian civil war, thereby allowing the moderate opposition to take charge of its own territory without threat of Assad’s barrel bombs overhead or terrorists down the street.”

The administration has explained its concerns about Jabhat al-Nusra, including to members of the Syrian opposition.

“The US has info that Nusra is trying to do something against US national interests … somewhere in the world, and they are taking it very seriously,” a Syrian opposition member, speaking not for attribution, told Al-Monitor July 5. “And accordingly, they offered to Russia to work with them on that issue, to weaken and defeat Nusra, with the condition that Russia and the regime should respect the cessation and allow food and material to come into Syria.”

“This time they [United States] are very strict with their conditions, because it is not just about Syria — it is about the US’ own national security,” the Syrian opposition member said, noting Russia has made commitments before about delivering the Syrian regime and has not come through. “At least until today, there is no deal with Russia, just ideas.”

“The US will act with or without Russia,” he added. “They will try their best to talk with the [more moderate Syrian rebel groups] parties to tell them, this is the situation, you have to split geographically from Jabhat al-Nusra. … The Russians are thinking [about it], because the cost is very high.”

While US officials have expressed understanding for the Syrian opposition’s concerns that more pressure on Jabhat al-Nusra could threaten their position vis-a-vis Assad, the American officials indicate that President Barack Obama feels he has the duty to deal with the threat to US national security interests posed by Jabhat al-Nusra and to do so quickly.

“What you are talking about is right, but it takes time, and we don’t have time,” the Syrian opposition member said, summarizing a White House official conveying Obama’s rejection of alternative, proposed ideas for countering the influence of Jabhat al-Nusra.

“I think that there is a sense that Nusra, which is ultimately the beating heart of al-Qaeda today, still has an active … element trying to carry out attacks abroad,” Levitt, now with the Washington Institute for Near East Policy, told Al-Monitor July 5. “Nusra has its own issues in Syria, this is a … small, dedicated unit … to carry out attacks.”

“Al-Qaeda is desperate for a win,” Levitt said. “It needs to remain relevant. There are lots of reasons [it may prove to be the] longer-term threat, even if they are playing the waiting game.”