Kerry: Going after al-Qaeda in Syria 'not a concession to anybody' 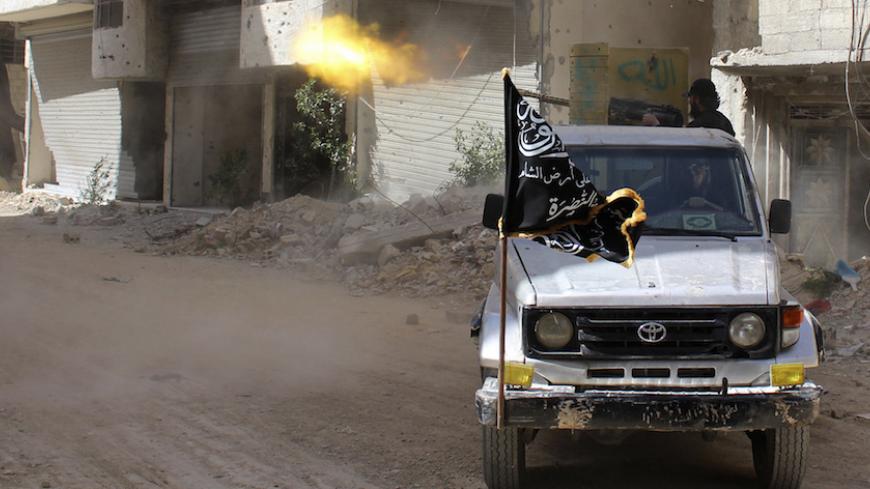 The United States and Russia have agreed on a plan that, if implemented, could “provide a turning point, a moment of change” in the Syria war, according to US Secretary of State John Kerry.

If it works, the deal would indeed be a breakthrough. Turkey, the European Union, the United Kingdom and the Syrian National Coalition have welcomed the agreement. US diplomats have succeeded in putting the onus on Russia to assure that the Syrian government does not fly combat missions against opposition forces backed by the United States and its allies. The cessation of hostilities would be renewed and after a period of reduced violence, the United States and Russia would begin joint planning against Jabhat al-Nusra, now known as the Jabhat Fatah al-Sham (Conquest of Syria Front), al-Qaeda’s affiliate in Syria. UN-mediated talks on a political transition would resume as soon as possible.

While Russia will rightly be held accountable for Syrian President Bashar al-Assad’s compliance, the deal could also depend on the willingness of regional parties allied with the United States to compel their armed proxies in Syria to separate from Jabhat al-Nusra. Disentangling these armed groups from Jabhat al-Nusra had been a sticking point in US-Russian negotations, but Kerry said Sept. 9 that the game is up. He warned those “opposition groups who have up until now found it convenient to sort of work with them [Jabhat al-Nusra] … it would not be wise to do so in the future. It’s wise to separate oneself. And indeed, that will be different. There is a deterrence in that. There is also a deterrence in Russia holding Assad accountable for his promise. And so this is a new equation, and we believe that this new equation offers an opportunity — again, not a certainty, an opportunity — for people to be able to find a peaceful solution because we don’t believe there is a military solution. And the current trend is simply creating more terrorists, more extremists and destroying the country in the process.”

Especially on the 15th anniversary of al-Qaeda’s attack on the United States, we would simply say that al-Qaeda, its affiliates, its allies and even its “sort of” friends in Syria deserve no quarter from the US military and coalition partners. This column was among the first to urge the United States to take up the Russian offer to cooperate against Jabhat al-Nusra. At a minimum, the deal should smoke out Russian intentions. If it succeeds, the United States will have an ally against al-Qaeda and the Islamic State (IS) that should complement and amplify coalition efforts to date.

This column has warned about the mainstreaming of Salafi radical groups since the ascent of what was known as the “Islamic Front” three years ago. There is still a perplexing tendency in some mainstream media outlets to lump all Syrian armed groups in Aleppo and other regions as “rebels” or “opposition,” without acknowledging a number of these groups’ linkages with Jabhat al-Nusra, their imposition of harsh Sharia and their many violations of human rights. In a July 10 column we highlighted an Amnesty International report, “Torture was my punishment,” which we wrote “provides a grim and unsettling account of abduction, torture and summary killings, including the deliberate targeting of journalists, lawyers and even children, by members of the so-called Aleppo Conquest coalition, which includes Jabhat al-Nusra, Shamiya Front, Nureddin Zengi Brigade and Division 16, and the Ahrar al-Sham Islamic movement in Idlib, which is allied with Jabhat al-Nusra in Jaish al-Fatah (Army of Conquest).” We went on to note that Amnesty International “pulled no punches in making clear that some of these groups ‘enjoy support from powerful backers such as Qatar, Saudi Arabia, Turkey and the USA.’”

Turkey’s role will of course be instrumental to the success or failure of the US-Russia plan for Syria. Ankara’s quick positive signal on the deal is a sign of Turkey’s slow turnaround on Syria, which has been covered in Turkey Pulse. Metin Gurcan writes, “Ankara’s scheme can be deciphered: Prevent at all costs the YPG [People’s Protection Units] from capturing al-Bab from IS and somehow persuade Washington to bring Manbij under FSA [Free Syrian Army] control.” Gurcan adds, “Ankara’s drastic change of position from ‘Assad must go’ to ‘Syria’s territorial integrity must be preserved’ must have pleased Syrian President Bashar al-Assad and Russia so much that they have been withholding any negative reactions that could change the status on the ground. Although Washington continues to be at a loss about the future of Syria, it also finds the idea of preserving Syria’s territorial integrity a positive one. The Kurdish Democratic Union Party (PYD) is becoming politically isolated. In short, no other group with interests in Syria still backs the idea of the PYD linking its Afrin province in the west with Kobani and Jazeera in the east to form a de facto statelet that might endanger Syria’s territorial integrity.”

Kadri Gursel envisions further strains in US-Turkey ties over Syria. “The United States and Turkey have very different priorities in Syria,” writes Gursel. “The priority of the United States is to degrade and destroy IS, which makes the PYD not a problem but a solution. Turkey’s priority, on the other hand, is to stop the PYD’s expansion. So the United States cannot keep up the fight against IS relying on the Turkish military alone, for their underlying objectives diverge. Relying on the Turkish military alone may lead to the collapse of Turkey’s tacit deal with Russia and Iran, confrontation with the Kurds and Turkey’s bogging down in a quagmire in Syria. It may ultimately make the war even more inextricable. So if none of this is Washington’s intention, it is now faced with an extra liability — to make sure the Turkish troops fighting IS inside Syria at long last are not compelled to move deeper into Syria. In this context, cooperation with the YPG against IS becomes even more important than before, and the most likely prospect is that it will continue in harmony with new objectives.”