Russia is seeking to expand trade ties with Iran and is angling to benefit from any lifting of international sanctions on Iran. 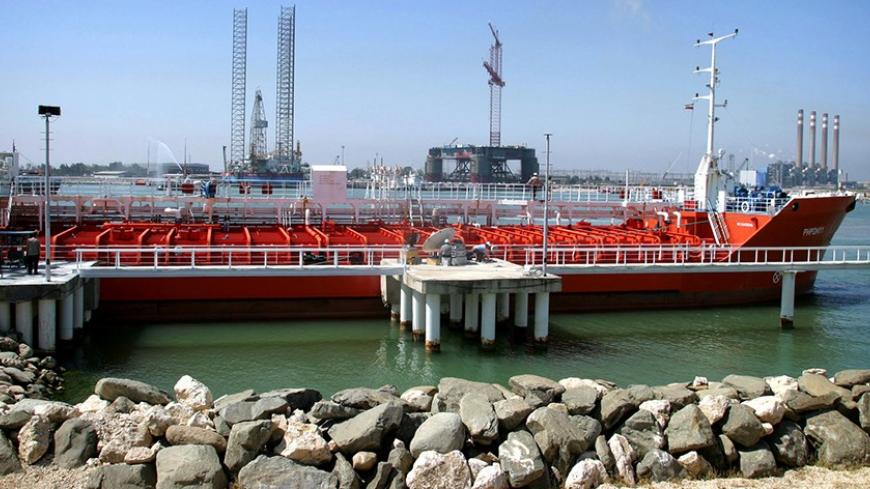 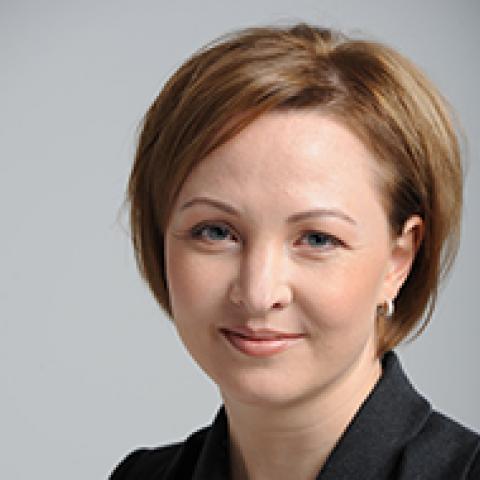 Following the news of the agreement reached between Iran and the world powers regarding the country's nuclear program, Reuters on Jan. 10 published unofficial information obtained from unnamed sources in Iran and Russia about a deal in the works to exchange Iranian oil for Russian goods.

The sources of the leaked information reported an agreement to provide 500,000 barrels of oil per day (25 million tons a year) in exchange for Russian equipment and goods. This is a substantial amount of oil. For comparison, it is about the same as the entire daily oil production of Ecuador (which, although the smallest producer, is still a member of the Organization of Petroleum Exporting Countries [OPEC]). As a result of the sanctions by the United States and the European Union initiated in 2011, Iranian oil exports decreased from 2.5 million barrels per day to their current level of 1 million, so for Iran a deal with Russia would mean a 50% increase in exports. The leaked price was $1.5 billion a month, or approximately $100 per barrel, the current market price. Compared with the $7 billion overall Iran will gain from the partial lifting of sanctions, this looks like a much more attractive alternative.

The US administration was displeased by this information. The Iranians had claimed that no oil negotiations were taking place, but this was followed by discussions between US Secretary of State John Kerry and Russian Foreign Minister Sergey Lavrov. Moscow did not officially confirm or deny anything, but stated that Russia is not involved in the sanctions regime adopted by the United States and the European Union and therefore cannot be found in violation thereof. It is, accordingly, free to do as it likes.

Iranian Foreign Minister Mohammad Javad Zarif paid a Jan. 16 visit to Moscow, where he met with Lavrov and President Vladimir Putin. The parties spoke openly about the upcoming enhancement in economic cooperation between Russia and Iran. Observers' interest in the visit was peaked by Lavrov's statement, “We have nothing to hide.”

Zarif, in an interview broadcast by Russia 24, said: “We have a very long-standing relationship. Our relationship is much broader than those issues that are … generating the rumors and speculation. Russia and Iran have always had and will continue to have economic relations.” No official statements were made, however, regarding an oil deal.

Meanwhile, an unnamed source in the Russian government confirmed to the Russian publication Kommersant that there were talks by Russian authorities and Iran and, according to him, the idea for an oil for goods deal emerged during the first meeting between Putin and his new Iranian counterpart, President Hassan Rouhani, back in September in Bishkek, while the specific proposals were discussed by ministerial staff, in particular during Lavrov's December visit to Tehran.

According to Russian Energy Minister Alexander Novak, although no agreements are in place on the exchange of oil for goods, “Russia has no restrictions on the supply of raw materials and goods to Iran.” He also asserted, “In order to expand trade between Moscow and Tehran, mechanisms should be developed to conduct transactions in Russian rubles or other national currencies of countries that did not take part in any sanctions.”

At the same time, Zarubezhneft, Gazprom Neft, LUKOIL and Rosneft — the Russian oil companies theoretically eligible to take part in this transaction — have categorically denied any involvement in the negotiations and the alleged swap. If they are to be believed, it appears that all discussions thus far have been only preliminary and at the level of government officials, who then bluffed by using or generating a leak to the press. Why might this have been necessary?

Setting aside the purely political benefits of this story, regardless of whether the oil deal takes place, Russia solves part of its foreign policy problems, by showing once again that it is a key player in Middle East politics while at the same time getting under Saudi Arabia’s skin and signaling that if its economic interests are ignored, it is ready to enter into an agreement with the Iranians, completely ignoring the West. In terms of energy economics, this game, though risky, is worth playing for Russia.

First of all, it must be emphasized that for Russia, whose oil and gas sector provides half of its budget revenue, the scenario of a complete lifting of sanctions, giving Iran unfettered access to global oil and gas markets, would be truly catastrophic. The global markets are already quite unstable with the sluggish economy, weak growth in demand for hydrocarbons (even a decrease in some regions), the shale oil and gas boom in North America and the imminent entry into the oil markets by such serious competitors as Iraq, Libya and Brazil and into the gas markets by Australia, the United States, Canada and East Africa. All this already stands to lead to a reduction in Russia’s share of the market and to an increased risk of lower oil and gas prices. In addition one should not forget the statement Iranian Oil Minister Bijan Zanganeh made before the easing of sanctions in December 2013 regarding Iran's readiness to start a price war despite OPEC production quotas. At that time, Iran thus declared its intention to increase production, even if doing so causes prices to fall.

“We will reach 4 million barrels per day, even if oil prices fall to $20,” said Zanganeh. Experts are very skeptical about the possibility of such a strong price decline, but at the moment, the Russian economy is threatened not just by a decrease in prices, but also by a lack in increase: The state budget is balanced at $100 a barrel. In this situation, the ability of Iran, with its giant, cheap oil fields, to access markets in the foreseeable future is practically a guarantee of falling export earnings for the Russian Federation.

Of course, there is a price for becoming a prominent player in the Middle East, weakening the Saudis and demonstrating policies independent of the West, but this price is too high for Russia. With a 2013 growth rate of just 1.4% in gross domestic product (after 6–7% on average from 2000 to 2008), Russia cannot afford to risk this driver of economic prosperity and budget income.

In negotiating a swap deal, however, Russia has some leverage to influence and control the situation. The region will see how Russia supports its partners and maintains an independent line, even if it turns out that for reasons beyond Russia’s control, the sanctions are extended. After all, the agreements reached in Geneva are on very shaky ground and are rather a deferral, a probationary period. Is it really Russia’s fault if Iran fails? Moscow tried so hard to help …

This is a win-win. If the negotiations succeed and the deal goes through, Russia will, at least initially, absorb the surplus Iranian oil and keep it off the market, likely sending it straight to China instead of the Russian oil yet to be produced. Covering the volumes in the short and medium term promised to China that are difficult to provide might interest Rosneft, but paying $100 a barrel plus covering transportation on top of that would consume Rosneft’s margin, unless the pricing of goods supplied in return is not market based. There is also a risk that China may not much like this story.

China already buys Iranian oil, despite the sanctions, and is looking for deliveries from Russia specifically to diversify its supply sources and improve energy security, so as not to be at the mercy of any instability in the Gulf. In principle, this oil could also be shipped to Europe, which would in return ship freed-up west Siberian crude to China, but again, this might be of interest only as a short-term maneuver, since in the long term the deal would not be profitable for Russia in creating additional income for the budget. In addition, 25 million tons is a little too much. The total volume for all Rosneft export contracts with China totals an average of 30 million tons a year. Should Russia totally abandon the profits from its Chinese business? This seems unlikely, but 5–10 million tons per year for one or two years could be accommodated.

On the other hand, Russia does not want to lose the Iranian market after sanctions are lifted. Western companies are going to line up to do business there. Iran needs money, goods and technology, which means the Russian Federation now has a unique opportunity to use its political advantage to stake its claim to the Iranian consumer market and potential access to Iranian upstream assets. The only problem is that Iran simply has nothing to offer as payment but oil or promises to participate in future projects.

The idea of “expanding economic cooperation” is floating around as a possibility. Russia would not mind selling Iran food, as well as equipment, but it would likely take arms and nuclear technology to put together a package of goods worth $18 billion. This could slow down the process of lifting the sanctions.

On Jan. 20, the United States and the European Union announced the suspension of certain sanctions against Iran as it halts its 20% enrichment of uranium. Russian equipment supplies could alter the situation.

The carrot of additional income from equipment and other goods sales and Russian companies’ participation in the Iranian upstream can hardly compensate for the potential losses of income on the oil and gas markets. This is especially clear when taking into account the story of Russian oil and gas companies’ disappointing attempts to develop their business in Iran and very specific Iranian subsoil regulation with buy-back contracts, which are not very interesting for Russian investors.

So Russia has to play quite a complicated game. Most likely, some preliminary conversations took place, and Russia evaluated a variety of options for interacting with Iran. But now that bits information about this deal has become public, it has acquired a life of its own, likely taking on much more importance than that originally assigned by the parties themselves. Even if negotiations never took place on the oil deal, it would be wise for Russia to invent them. 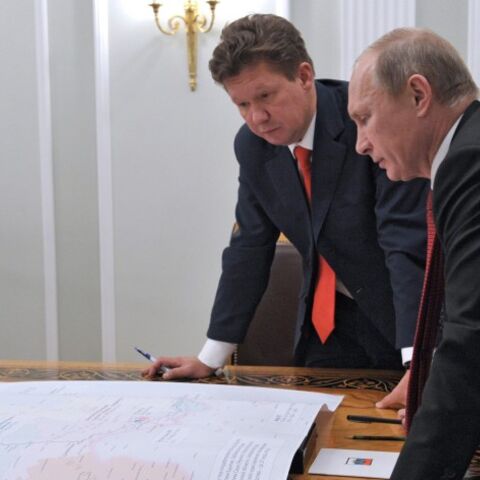