The attacks on Saudi oil production facilities may bring Russia some short-term benefits, but the picture becomes more complicated in the long run. 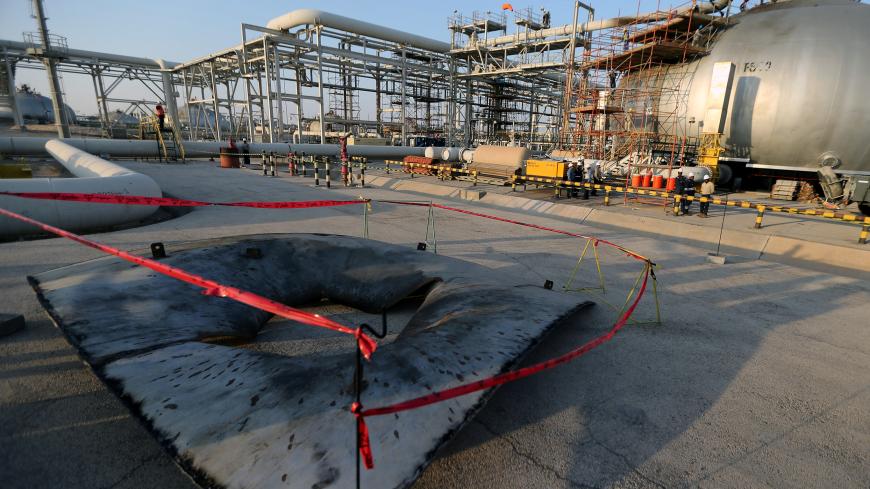 Following the Sept. 14 attacks on Saudi oil infrastructure, some observers jumped to the conclusion that oil-exporting countries, Russia in particular, would be the main beneficiaries of the incident. If Riyadh failed to bring its output back on line within a short period, the argument went, the existing spare production capacity of other oil-exporting countries would not suffice to compensate for the lack of almost 6 million barrels per day on the market. The supply deficit, in turn, could raise oil prices far beyond the current level, potentially surpassing the $100 per barrel threshold.

Such a scenario would mean the enrichment of key oil producers, but bring no benefit to large oil consumers, such as the United States, European Union, India, China, South Korea and Japan. Parallel to that, the decrease in Saudi oil exports would resolve the projected problem of global oil oversupply in 2020 and allow the members of OPEC+, the group of OPEC and non-OPEC countries, to maximize profits by abandoning the production limitations they had adopted in 2016 to support oil prices. Rumors about secret negotiations by the Saudis to purchase Iraqi oil to feed their petrochemical industry, whose feedstock was stopped by the Abqaiq attack, only strengthened expectations of OPEC+ abolishing its production limits.

The uptick in oil prices was another reason some viewed Russia as the primary beneficiary of the situation. The price spike would of course increase Russian income, and abolishing oil production limits would please Russian energy behemoths like Rosneft, which had complained about the risks and losses stemming from the constraints on output in accordance with Russia's OPEC+ obligations. Moreover, within a couple of days after the drone attack, Rosneft and Lukoil had declared their readiness to pump additional volumes of oil for their overseas consumers. Despite these expectations that Russia would profit from the drone raids on Khurais and Abqaiq facilities, Moscow’s gains have turned out to be quite limited.

For starters, production shocks rarely last long, because demand requires less time to adjust to them than it takes for supply to adjust to shocks caused by consumer behavior. Initial estimates of the Saudis' ability to repair their oil infrastructure appeared to be overly pessimistic, and it now looks like pre-attack production volume will be restored by the beginning of October (while the restoration of production capacities will take two more months), but even putting that aside, the current aggregated world oil reserves are enough to satisfy existing demand for up to four months, a period sufficient for the global economy to readjust demand and bring additional production capacities online. Given this, the profit of oil suppliers from the current crisis will be less impressive and connected not so much to the Sept. 14 attack as to the expectation of additional attacks.

The possibility of new attacks on Gulf oil infrastructure will ensure a slight increase in oil prices. The risk premium on oil exports from the region is estimated in the $5–$10 per barrel range. This ensures oil prices somewhere between $60 and $70 per barrel, the range desired by Moscow but far below the psychological threshold of $100. That said, these prices are not guaranteed.

The global oil market is affected by other, more influential factors related to oil demand that are much more long-lasting and able to hinder prices increasing. Thus US President Donald Trump recently confirmed that he is not going to seek a deal with China before the 2020 presidential elections to put an end to their ongoing trade war. This, in turn, means that the confrontation between these two major economies will continue to slow development of the global economy, negatively affecting oil demand and consequently depressing oil prices.

In addition, the risk of more attacks on the oil-refining and production infrastructure in the Gulf will compel consumers to decrease reliance on supplies from the region. In the first turn, this process will affect Asian clients of Saudi Arabia — China, India, South Korea and Japan — whose dependence on oil imports from Riyadh vary between 16% and 36%. These circumstances would make Russia an alternative to which Asian consumers could turn to decrease their dependence on the kingdom.

During the last decade, China gradually increased purchases of Russian oil to lessen its dependence on hydrocarbons from the Gulf, but Russia is not the only alternative supplier of petrochemicals to Asian consumers nor is it the main option. Experts suggest that given the United States' growing capacity to produce oil and polyethylene, it might profit much more from increased access to the Asian market should local producers decide to diversify. Thus, during the first days after the Abqaiq incident, Chinese importers of liquefied petroleum gas were seriously considering buying additional volumes of it from the United States to cover potential delays in the delivery of feedstock from Saudi Arabia. It is notable that the high tariffs that have made American products more expensive for Chinese companies did not prevent consumers in the PRC from considering the US option.

Moscow has a very limited production swing of roughly 250,000-300,000 barrels per day, which requires several weeks to bring to market. Given that Russian oil production capacities are expected to begin decreasing during 2020-21, the Kremlin's ability to provide additional export volume for China is put further in doubt. Moreover, even the most negative scenario of Saudi Arabia experiencing months-long delays in repairing its oil infrastructure would not do much good for Russia.

It is not the lack of money, but the lack of investment activity that troubles the Russian economy. Given the rising unpredictability surrounding the survival of President Vladimir Putin’s regime, neither foreign nor domestic investors are in a hurry to put their money into Russia's development. As a result, although the country’s economy appears to have sufficient funds to boost development, most of these funds are tied up in deposits. Any large investment project launched now would require five to six years to become operational and profitable. This means that potential investors would want to be assured of a smooth transition of power in Russia in 2024, when Putin’s fourth term concludes. Growing domestic tensions in Russia, however, offer little hope for this.

The behavior of the Russian government varies little from that of actors in the private sector. In spite of Russia's economic difficulties, Moscow runs a budget surplus, and it stockpiles money received from oil prices above $40 per barrel because the Kremlin expects the economic situation to deteriorate. Under these circumstances, it is natural to expect that the oil bonanza from the September attack would also go into the treasury rather than into supporting the economy. Moreover, as always happens with countries afflicted by the natural resource curse, higher oil income makes Russian leaders even less willing to invest in national development and to instead disburse enough money to buy the loyalty of the population through direct and indirect consumer subsidies. Apart from that, the long-term increase in oil prices caused by the drop in Saudi production capacity might result in the subsequent overheating of the oil market, followed by an abrupt fall in prices, something Moscow would also like to avoid.

All in all, Russia’s current gains from the Abqaiq incident seem to be limited while the potential risks from further disruptions in the Saudi oil supply are high. Under these circumstances, Moscow is in no hurry to immediately exploit emerging opportunities, preferring to wait until the market returns to the pre-attack status quo.