How Russia's invasion of Ukraine will impact energy markets

Energy markets are roiling with spikes in both oil and gas prices and a surge of instability related to the Russian invasion of Ukraine. 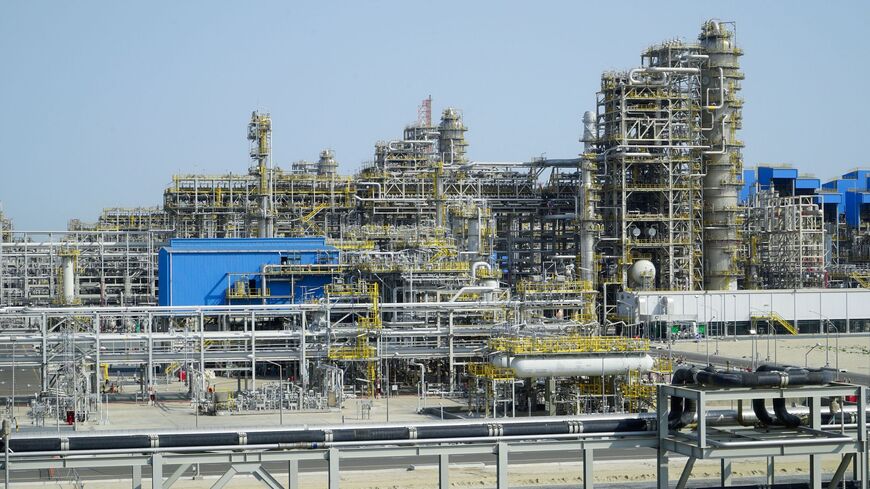 An undated picture shows a view of the al-Zour oil and gas installation in the south of the Gulf state of Kuwait. - AFP via Getty Images

Gulf oil and gas exporters might seek to gain market share from Russia and act as a source of energy stability for Europe.

While the United States is increasing its export capacity of LNG to Europe, the real spare capacity producers in both LNG and oil will be in the Gulf. Three countries matter in this respect: Qatar for its gas production and the United Arab Emirates and Saudi Arabia for increased capacity in oil production. Other members of the OPEC+ agreement have been producing below their quotas. To increase production now is both a commercial and a political decision.

In the short term, there is no simple fix. Qatar is exporting LNG close to its capacity and Saudi Arabia has been reluctant to break its OPEC+ agreement in place since late 2016 and drastically expand production. However, Saudi Arabia once bested Russia in a price war at the start of the pandemic in spring 2020, ramping up production and driving prices down. It could take advantage of the moment, especially if Russian exports are challenged by more financial sanctions that target the oil sector or the mechanism banks use to accept payment for its trade. Now that some Russian banks are sanctioned and blacklisted from the SWIFT system, the ease of payments for oil deliveries may change.

For the United Arab Emirates, there does not appear to be much interest in increasing oil production to smooth markets nor in usurping market share from Russia. It seems very clear that the UAE is not going to act at the behest of American officials. Saudi Arabia is, for the moment, also emphasizing the stability of the OPEC+ agreement and production cuts over requests to increase supply to global markets. These two states will determine how global oil markets can sustain a dip in Russian oil deliveries in an already very tight market.

Moreover, the neutrality the UAE is attempting to maintain between the West and Russia is problematic. First, the UAE's abstention from the UN Security Council vote on naming and shaming Russian aggression, seems fickle after US forces intercepted the recent Houthi missile attacks on Abu Dhabi. And any attempt to defuse local criticism of Russia's invasion of Ukraine will be seen in Washington and as direct support for Moscow.

For the most part, energy markets face an immediate risk in Western Europe in terms of supply, but Russian gas continues to flow through Ukraine to Europe and Russian oil exports have not yet been a target of US and European sanctions. However, Russian oil and gas companies have been adversely affected in their share values and should see some hesitance from their investors and international energy firm partners in any planned projects or capital investment new projects. BP, for example, is making divestment efforts from partnerships with Rosneft. Germany and Italy are the most exposed, as they import almost half of their gas supplies from Russia. But a spike in wholesale gas prices affects all consumers. Gas is a core input for much of Europe's electricity generation and a price hike could spur an economic contraction that would not be limited to the continent. Overall price inflation is a global worry not caused by the Russian invasion but exacerbated by it and the resulting increase in energy prices.

Direct trade relations with Russia in Europe and the Middle East are somewhat minimal, with the exception of a few products. The Gulf states are better insulated from trade disruption than the rest of MENA. Russia accounted for less than 1% of the UAE's non-oil exports last year and just 1.5% of its imports. Trade ties with Saudi Arabia, the region's largest economy, were as modest. The most important is Russian and Ukrainian exports of wheat and commodities like palladium.

Combined, Russia and Ukraine supply around a quarter of the world's wheat exports, about 20% of the world's corn and 80% of global sunflower oil exports. Further threatening global food supply chains is Russia's export of ammonium nitrate, a fertilizer. Estimates of 70% of Russia's wheat exports were destined for the Middle East and Africa in 2021.

What will this mean for Gulf and Middle East oil and gas exporters?

In the short term, Gulf oil and gas exporters are poised to benefit from higher export revenues, and not just in oil and gas. The GCC states are important exporters of aluminum and fertilizers as well, and the surge in prices will boost their non-oil export revenues this year. However, the pressure of price inflation, especially in food, will be a burden across the MENA region and the Gulf states will be an expected source of financial support for others. At current production levels, a $100-per-barrel oil price provides a significant boost to GCC oil export revenues, so much that analysts expect there would be no budget deficits among the six member states in 2022 if this price holds. For weaker economies like Bahrain and Oman, it would be a windfall.

Russia is the third largest source of tourists to Dubai, behind India and Saudi Arabia. Travel restrictions and downward pressure on the Russian currency along with sanctions on individuals and Russian banks and firms could have an impact on the region's property and hospitality sector. Conversely, the conflict could also encourage some Russian financial transfers and other efforts to conceal assets in the Gulf. The UAE is facing a decision in March from the Financial Action Task Force, which will assess the government's precautions to prevent money laundering, and risks being named on the watchdog's "dirty money" grey list.