Saudi Arabia has acted to keep prices high recently against the wishes of the US. 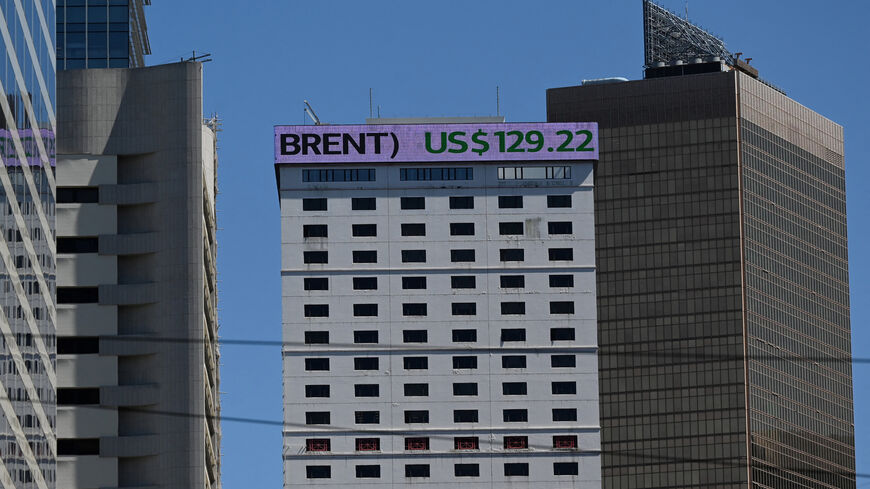 An electronic sign on a building shows the price of Brent crude oil in Hong Kong, March 9, 2022. - Peter Parks/AFP via Getty Images

The price of Brent crude oil — considered the global benchmark for oil prices — fell to $100.85 a barrel at around 5 a.m. ET. This constituted a fall of more than 4% on the day at the time. Brent crude prices were down more than 9.9% in the past five days at the time, according to market data.

The price of the daily basket for the Organization of the Petroleum Exporting Countries (OPEC) closed at $107.66 a barrel on Friday, according to official data. This constituted a less than 1% drop from the day before.

Why it matters: The price of Brent crude oil skyrocketed to more than $139 a barrel in March in response to the Russian invasion of Ukraine. Prices dropped below $100 on April 11, then started going up again. Prices have again been dropping since last week.

OPEC’s prices also went up significantly due to the war in Ukraine, but have been up and down since. Prices have been mostly going up since hitting $100.08 on April 11.

Saudi Arabia is the largest oil producer in OPEC. Many other Middle Eastern states, including the United Arab Emirates (UAE) and Iraq, are also members.

The current fall of Brent crude oil prices is related to the rising COVID-19 cases in China.

Saudi Arabia appears to have not wanted oil prices to go up. The Wall Street Journal reported last week that Crown Prince Mohammed bin Salman told US national security adviser Jake Sullivan to forget about the Biden administration’s request for Saudi Arabia to up production. Salman was reportedly angry that Sullivan brought up the murder of Saudi columnist Jamal Khashoggi, who was killed inside a Saudi Consulate in 2018.

US President Joe Biden has been asking major oil producers to increase production in an effort to bring down high prices in the United States. Saudi Arabia, the UAE and other oil-rich nations have maintained current production levels so far, sticking to the existing OPEC+ agreement with Russia.

Incidentally, Iran may soon boost production. Yesterday, the official Islamic Republic News Agency reported that a new offshore rig was operational in the Persian Gulf. The agency framed this as a “step to increase the production” despite US sanctions.

Know more: Gulf states are preparing for a future after oil. The non-oil sector in the UAE is slowly growing. Saudi Arabia is investing in an array of different industries. Oman is considering introducing an income tax in anticipation of lessened revenues from oil sales in the future, among other developments.