Global oil prices have skyrocketed due to the Russian invasion of Ukraine. 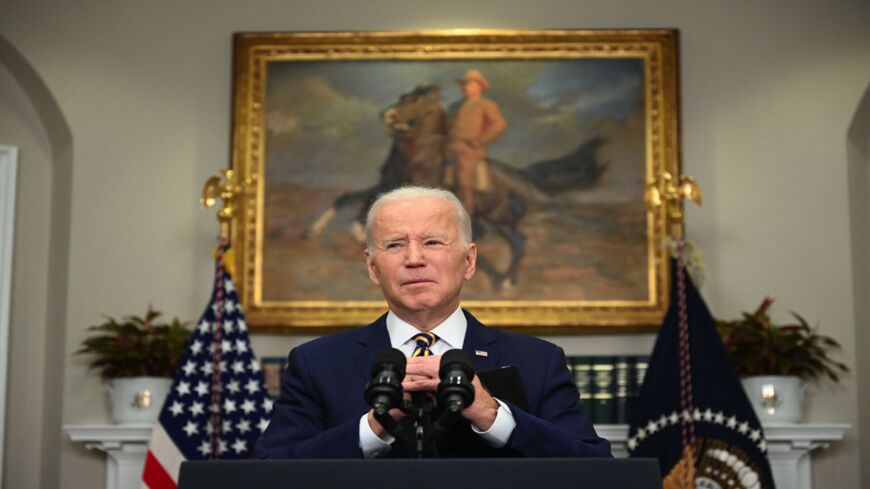 US President Joe Biden announces a ban on US imports of Russian oil and gas, March 8, 2022, from the Roosevelt Room of the White House in Washington, DC. - JIM WATSON/AFP via Getty Images

“We favor production increases and will be encouraging OPEC to consider higher production levels,” said UAE Ambassador to the United States Yousef Al Otaiba in a statement. "The UAE has been a reliable and responsible supplier of energy to global markets for more than 50 years and believes that stability in energy markets is critical to the global economy.”

Oil prices have reached their highest levels since 2008 recently in response to the Russian invasion of Ukraine, briefly trading above $139 a barrel this week.

The price of OPEC’s daily basket was not available at the time of publishing. The price increased slightly by $1.42 to $127.93 a barrel yesterday, according to OPEC’s data.

OPEC+ will meet again on March 31.

Otaiba did not specify how much oil production will increase by neither the UAE nor OPEC as a whole.

The price of Brent crude remains well above its pre-pandemic levels. The commodity traded at around $65 a barrel in January 2020.