Pressure on Saudi Arabia, Russia and other major oil producers has boosted production amid high prices. 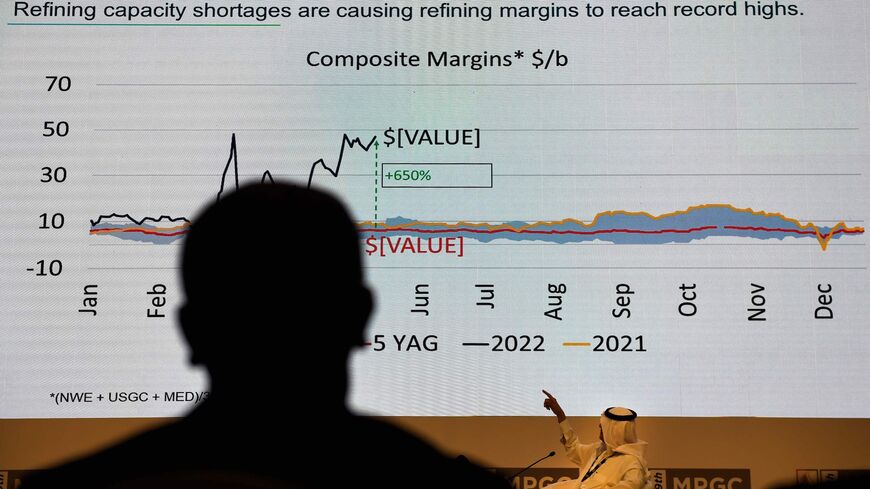 An alliance of major oil exporters announced a big increase in production today.

The price of Brent crude oil fell by more than 2% earlier in the day from nearly $116 a barrel to a bit more than $113 ahead of the OPEC+ meeting. Following the production increase announcement, the price shot back up above $116 a barrel, according to market data. Brent crude is widely considered a benchmark for global oil prices.

The price of OPEC's daily basket was $117.07 a barrel yesterday. OPEC releases its daily basket prices a day late, making this the most recent price data available.

Why it matters:  Global oil prices increased significantly following the Russian invasion of Ukraine, which caused chaos in global energy markets. The United States has been pressuring Saudi Arabia and other OPEC members to increase production in response to the high prices.

The high prices have been particularly profitable for the Saudi and Emirati oil sectors.

Though the price fluctuated today, more production could bring down prices over the summer when the increase comes into effect.

Know more:  There was a lot at stake at today’s meeting. Earlier this week, The Wall Street Journal reported that OPEC was considering suspending Russia from its production deal. The Financial Times reported that Saudi Arabia would have boosted its own production in such a scenario. The moves were considered in response to the European Union banning Russian oil exports in response to the Ukraine invasion.

Russia’s production has dipped significantly since the war began in February.

Editor's note: this article was updated to correct the amount of oil production from OPEC+.