Russia might not be ready for long-term OPEC commitment

Saudi Arabia seems to think Russia is on board with a lengthy OPEC deal, but Moscow has a lot of factors to consider. 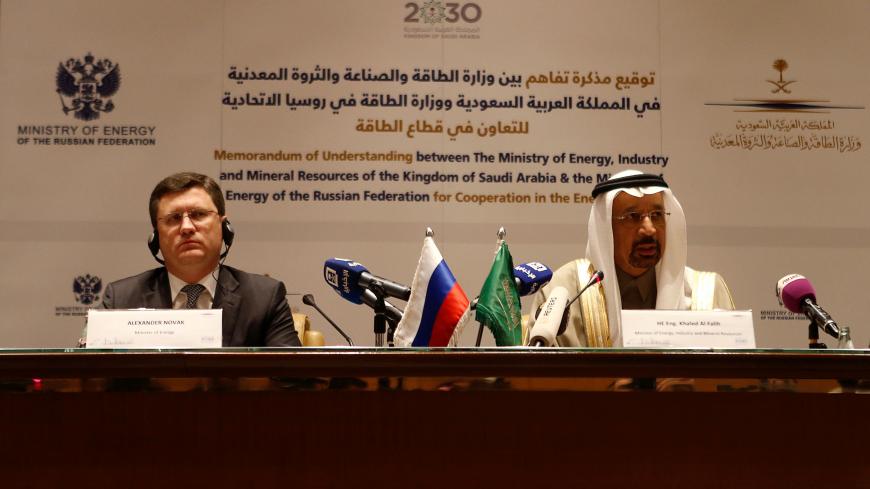 Recent statements by Saudi Crown Prince Mohammed bin Salman have created lots of talk that OPEC is considering a long-term agreement with Russia and possibly other non-OPEC members. However, the future of a potential pact between Russia and OPEC is quite unclear.

Russia is considering a contract of 10-20 years, rather than its current annual agreement. The present deal is part of the so-called OPEC-plus arrangement that allows non-OPEC members to participate in oil production cuts designed to increase oil prices and stabilize the international market.

So far, the OPEC-plus partners have managed to boost oil prices. Nevertheless, Moscow prefers to be very cautious when discussing the future of Russian-OPEC/Russian-Saudi cooperation in the hydrocarbon market. Thus, when commenting on Mohammed’s statements, Kremlin spokesman Dmitry Peskov would say only that Russia discusses many issues with Saudi Arabia, including oil sector development. He avoided discussing the topic of a long-term agreement itself.

One factor Russia is no doubt mulling over is the potential for contradictions between Moscow and Riyadh. While believing in the necessity to cooperate and control the oil market, each country sees the prospects of this control in a slightly different way. The Russian experts Al-Monitor interviewed believe the Saudi kingdom might have no upper price limit at which it would want to curb production. Or, at least, the maximum Saudi price is much higher than that set by Russia, which is about $70 per barrel. Riyadh is expected to seek the highest maximum price possible to facilitate the future initial public offering of Saudi Aramco, fund Saudi economic reforms and finance Mohammed’s adventures in Yemen, where Saudi proxies are fighting Iran-backed Houthi rebels.

Russian oil producers would like to avoid higher oil prices, which would benefit their rivals in countries that haven't joined the OPEC-plus deal. Also, as argued by Russian market analysts, any income generated by high oil prices will be consumed by additional taxes and excise duties imposed by the government. Oil experts told Al-Monitor that, under current legislation, Russian oil companies will realize their maximum benefit when oil prices range from $50-$60 per barrel.

In general, Russian businesses seem to be against extending their obligations to decrease oil output beyond 2018. First of all, before it joined OPEC plus, Russia could profit when oil prices rose without being restricted by OPEC's binding agreements to cut production. Second, OPEC's influence doesn't extend to many of the factors affecting international oil prices, such as oil consumption in India and China, or oil production in the United States. Consequently, it doesn't make sense to work with an organization that can’t fully affect the market. Third, if Russia agreed to adhere to OPEC production limits beyond 2018, it would definitely backfire on Russian corporations' plans to bring new oil fields online. On March 23, Lukoil presented its new development strategy, which calls for annual production growth of 1% until 2027. Rosneft’s plans call for 2% production growth annually until 2022, and Tatneft plans 2.4% annual growth until 2025.

In addition, Russian business and market analysts believe the OPEC-plus deal is becoming too fragile and dependent on external factors. Thus, they are convinced that some of the participants in the proposed long-term deal, such as Iran, Libya, Nigeria, Iraq and potentially even Venezuela, might either violate the agreement or abandon it completely to regain market share they lost due to a variety of reasons, such as US sanctions, economic and political crises, civil war and the Islamic State.

The Kremlin, however, does not share Russian companies' negative views of the OPEC-plus deal or their concern over high oil prices. This is quite understandable: Higher oil prices would ensure higher revenues in the Russian budget. Yet, given the current informal power structure in Russia, where the heads of oil corporations are also politically influential, the Kremlin can’t ignore their opinions. Thus, the director of the Russian National Energy Security Fund, Konstantin Simonov, predicts that to extend Russian participation in OPEC plus, Moscow would need either to provide further perks to oil companies or change the system of taxation after 2018. So far, the Russian leadership is leaning toward not renewing the OPEC-plus deal at the end of 2018 and instead gradually beginning to exit the agreement after Russia considers the oil market to be stable. Russia expects global reserves to decrease to the desired level by August or September so, starting in October, Moscow might declare that it wants to disengage from the deal beginning in January.

This doesn't mean Russian leadership has made a decision. So far, Russian officials haven't made any clear statements in this regard. Moreover, they are reserving space for maneuvering by saying it's too soon to make a final decision.

A long-term contract could deepen Russia's presence in the Middle East and there is still a chance Moscow will stick with an OPEC pact while demanding less-strict conditions for itself. The Kremlin isn't interested in cutting off its OPEC relations completely, as this could damage its relationship with Saudi Arabia. However, Moscow also doesn't want to be a part of a full-fledged consortium that, on one hand, can only affect international oil prices to an extent, but at the same time is able to limit Russia’s right to determine its volumes of oil exports and production. Under these circumstances, Moscow seeks a platform for OPEC-plus participants to discuss emerging challenges and potential investment projects. It's not clear whether Saudi Arabia and other OPEC-plus participants will support this idea: A forum format can't affect market behavior. Instead, some of the non-OPEC members of the "plus" partnership (that list includes Azerbaijan, Bahrain, Kazakhstan and Oman) will probably insist on forming a new cartel — which is also not in Russia's best interests.