Moscow and Riyadh are on the same page currently when it comes to oil, but it's unclear whether that understanding will last long enough to grease the wheels of further collaboration. 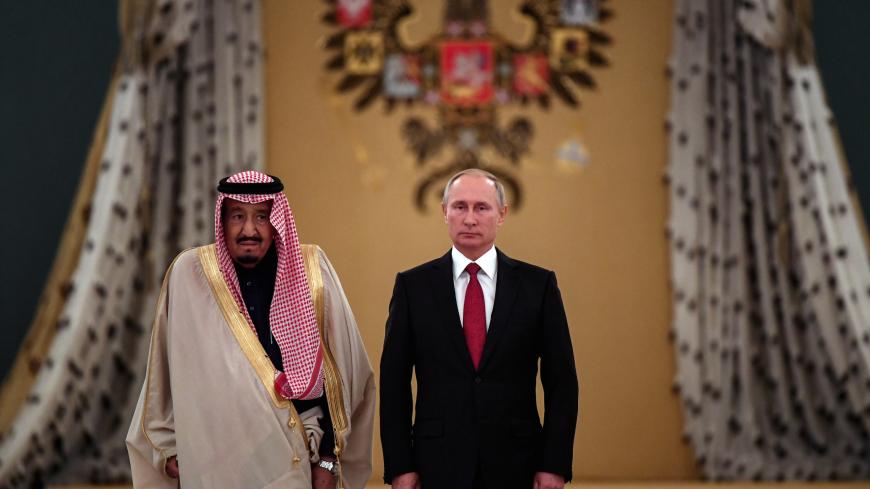 Russian and Saudi officials say their cooperation in the oil and gas field, as well as joint efforts aimed at stabilizing international oil prices, can finally create solid ground for them to develop long-sought bilateral ties. But their optimism could turn out to be just wishful thinking.

The countries increased their political and economic dialogue during 2017. Apart from the formal increase in the number of political contacts that culminated in the first visit of a Saudi monarch to Russia, their discussions had several practical outcomes. Above all, Moscow and Riyadh managed to work out a common stance on extending the so-called OPEC plus deal, a 2016 agreement signed between the OPEC and non-OPEC members aimed at decreasing their oil production to boost prices on the international market. Russia and Saudi Arabia recently worked with the other parties to extend the deal until the end of 2018. This month, during a phone talk with King Salman bin Abdul-Aziz Al Saud, Russian President Vladimir Putin personally confirmed the Kremlin’s intention to strengthen cooperation with Riyadh in the oil and gas sphere.

The Kremlin currently gives the impression that, even after the OPEC plus agreement ends, the two countries will continue to cooperate to stabilize the international oil market. Russia believes economic cooperation can turn Riyadh into one of Moscow’s political partners in the region. It can hardly be a coincidence that, during their phone call, the Russian and Saudi leaders discussed not only extending the OPEC plus deal, but also the political situation in the Middle East, including Syria and Yemen. Under these circumstances, some analysts interviewed by Al-Monitor claim Russia extended the deal to appease Riyadh and gain leverage with the Saudis. That idea exaggerates the role of external factors in Russia's decision-making process.

Moscow's main statements in favor of extending the deal were either related to economic factors or Russia's domestic situation. By November, Russian officials argued that, while the OPEC plus deal was definitely working, international oil reserves were still above a five-year average. This, in turn, put the oil market's further stability in question. Consequently, Russian leadership believed it necessary to extend the deal to further deplete commercial oil reserves in the world and ensure stable demand and relatively high oil prices. On the other hand, the Russian leadership believes the OPEC plus deal helps keep oil prices in the range of $50 to $65 per barrel, which guarantees the stable inflow of petrodollars to the country’s budget and improves the Russian economy's performance. This is extremely important given the coming presidential election, difficult economic situation and growing protests. In other words, the Kremlin considers high and stable oil prices an important base for the regime's political survival.

So far, the Russian leadership's expectations for the OPEC plus deal extension have been justified. According to Russian Minister of Economic Development Maksim Oreshkin, the ministry plans to upgrade in January its 2018 prognosis for Russia's macroeconomic trends. Before the OPEC plus extension, the ministry put the expected annual oil price in 2018 at the level of $43.80 per barrel; current forecasts for 2018 are above $50. Under these circumstances, Moscow doesn't expect any serious depreciation of the ruble.

Previous forecasts of a fall in the exchange rate from the current 58-59 rubles per $1 down to 64-67 rubles per $1 in 2018 were based on negative oil price predictions. Yet after the OPEC plus deal extension, Russian officials predict the ruble’s exchange rates will stand at around 58-60 rubles per $1 in the first quarter of 2018 and stay around 59-61 rubles per $1 until 2019. On Nov. 15, the Russian Central Bank decided to lower the refinancing rate to 7.75%. According to Central Bank head Elvira Nabiullina, the main reason for the change is the oil market's growing predictability as a result of the OPEC plus deal extension. This, in turn, decreases inflation risks. According to the Central Bank, from 2018 to 2020, the inflation rate will be around or slightly below 4%. Gross domestic product growth expectations were also reassessed after the deal was extended. In 2018, instead of an initially expected decrease of 1% to 1.5%, the Russian economy is expected to grow 1.5% to 2%.

The need to extend the deal made Moscow more inclined to cooperate with Saudi Arabia. This, in turn, intensified the dialogue between Moscow and Riyadh on a number of other issues. However, the deal extension shouldn't be considered a solid and long-lasting base for dialogue between the two countries, as the Russian attitude could change at a certain point. The deal is definitely perceived as a factor that guarantees the stability of the Russian economy. Yet there was serious opposition to extending the deal among Russian oil majors, who had ambitious plans to extend their oil production capacities from 2018 to 2020; now these plans must be reconsidered. The Kremlin had particular difficulty convincing Gazprom Neft, Lukoil, Surgutneftegaz and Rosneft to support the deal extension, and Gazprom Neft and Lukoil still seem determined to increase oil output in 2018.

Under these circumstances, Russian leadership acknowledges that this extension might be the last. Energy Minister Alexander Novak has said he personally believes the deal could be wrapped up in or by 2019. He states that the participants should end it smoothly to avoid unnecessary aftershocks in the oil market and, to this end, Russia could support an additional transition period of three to six months.

Yet Novak also said it is too early to predict the end of the deal or details of the exit strategy, as a lot will depend on the 2018 oil market. From this point of view, Novak's position completely reflects that of the Kremlin. Russian leadership believes that the OPEC plus deal is a necessary evil that helps stabilize Russia's economy, although it goes against the plans of Russian oil producers to develop greenfield projects.

As soon as the Kremlin realizes that the international oil market is stable in the mid to long term, Moscow will support ending the deal — which will leave one less topic for Russian-Saudi diplomatic dialogue. Statements by the Russian leadership that Moscow will remain interested in cooperating with Saudi Arabia to stabilize oil prices even after the deal ends don't sound convincing, as Russia will obviously support the wish of its own corporations to boost oil production. This, in turn, means the two countries have to avoid building their bilateral relations with the oil market as the main pillar of their dialogue.