The fate of Moscow’s participation in an agreement by OPEC and non-OPEC members to limit production is still unclear and, in spite of existing predictions, Russia may pull out of the deal after March 2018. 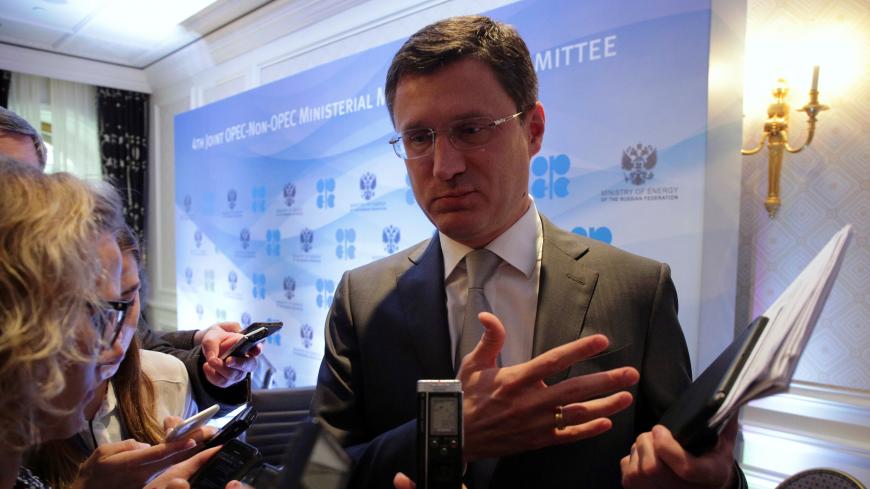 During the recent trip of Russian Foreign Minister Sergey Lavrov to Saudi Arabia, issues of settling the Gulf crisis with Qatar and enlisting Saudi support to form a united Syrian opposition dominated the agenda of Russia’s top diplomat’s meetings with Saudi King Salman bin Abdul-Aziz Al Saud and Foreign Minister Adel al-Jubeir. However, there was one issue discussed at the talks that did not receive much media attention, yet whose significance for Russia as an oil-producing nation is hard to underestimate — oil.

In August, The Wall Street Journal reported on the readiness of Russia and Saudi Arabia to push for the extension of the so-called "OPEC plus" agreement beyond March 2018. This treaty involves OPEC and non-OPEC members that, in 2016, agreed to decrease their oil production in order to encourage the growth of oil prices in the international market. However, at least for the Kremlin, the proclaimed intention to support the continuation of the deal implementation beyond the initially set deadline should not be considered as the final decision of the Russian leadership. In July, the participants of the ministerial meeting of members of OPEC and non-OPEC nations in St. Petersburg touched upon the issue of the deal’s extension. Russian Energy Minister Alexander Novak avoided answering direct questions on whether the agreement would be extended beyond March 2018. And there are certain reasons for this.

Indeed, the Kremlin’s attitude toward the deal might change. For now, Moscow believes that keeping the implementation period of the agreement until March 2018 is optimal and its main task is to ensure that the deal stays in force until that day. Nevertheless, if Moscow decides to extend its participation in the deal beyond March 2018, supporters of this move in the Russian government will definitely have problems with getting the unanimous approval of the business sector. First of all, there is a certain disillusionment among Russian businesses regarding the effect of the deal on oil prices. The implementation of the deal managed to stabilize the price of oil, but its level still remains lower than initially expected. Russian oil and gas companies should also be concerned that the extension of the deal might negatively affect their plans to launch new projects aimed at increasing domestic oil output in 2019-2025. Apart from this, experts believe that the deal created additional opportunities for Russian rivals in the energy market that decided not to join the agreement.

However, the negative economic factors that might compel Moscow to quit the agreement are counterbalanced by a number of political factors that unexpectedly strengthen the Russian motivation to stay as a part of the deal until, at least, March 2018. First of all, Russia is preparing for the presidential elections that are supposed to take place in March 2018. The Kremlin is interested in high oil prices that would allow the accumulation of enough funds to conduct Putin’s election campaign and ensure the Kremlin’s financial capacities to ensure his victory. In May, this necessity to accumulate such money was probably one of the reasons for Moscow to propose the extension of the deal for nine months instead of the initially planned six months. By doing this, Russia ensured that the deal could impact oil prices until the elections.

Moscow also needs money to buy the loyalty of the population when it comes to the presidential race. Thus, Russian authorities will try to win the support of the lower classes of the population via the implementation of extended social programs. For instance, in 2018, Moscow plans to launch the food coupon program for low-income families that will cover up to 15 million to 16 million people. Although each person under this program would receive less than $30 per month to buy additional foodstuffs, the annual volume of assets allocated for this program would be high for the Russian budget — about $4 billion. Given that oil revenues represent the main source of Russian income, high oil prices are important to ensure financing for the implementation of such government social programs.

The oil-reliant Russian economy is crucially affected by the fluctuation of oil prices, whose change immediately affects key macroeconomic parameters of the Russian economy such as gross domestic product growth, inflation and ruble exchange rates. As the 2018 elections approach, it is important for Moscow to demonstrate normal/good economic performance and, thus, to show to the population that Putin is able to deliver his promises of economic growth. In late spring, the Ministry of Economic Development recalculated its prognoses for the remainder of 2017 based on the assumption that the oil deal would be extended until the beginning of 2018.

As a result, the Russian government predicted inflation would 3.8% instead of the initially expected 4%. Furthermore, the government has projected that the budget deficit will be lower than first expected. Also, in late August, the Ministry of Economic Development changed its prognoses regarding ruble performance, saying the ruble would be stronger than previously expected. Its experts estimated that the exchange rate in 2017 would be 59.7 rubles to the dollar instead of the initially expected 64.2. For 2018, it is expected that a dollar will buy 64.7 rubles instead of the previously projected 69.8. Consequently, the proponents of the OPEC plus deal in the Kremlin got a serious argument in favor of the further extension of the deal.

Nevertheless, Moscow does not see the deal as something it wants to keep forever. The Kremlin seems not to know whether the extension of the deal is in its interests or not. Much will depend on the situation in the oil market, which remains extremely volatile. Under these circumstances, the decision on the extension of the deal will probably be taken no earlier than November or December, when it will be possible to predict how the oil market will be developing in the first months of 2018. If the oil market is more volatile, Russian will want to wait longer before deciding on its further participation in the agreement. Under these circumstances, The Wall Street Journal’s conclusions that Russia will support the extension of the deal beyond March 2018 might be a bit premature.

The statements by Novak that the extension option is not excluded were probably determined by the following reasons. On the one hand, the Russian leadership wants to keep windows of opportunities open. Consequently, it discusses the deal’s extension with the Saudis and other parties to the deal to know their opinions and to be able to initiate the extension of the agreement if and when the Kremlin decides that this is in its interests. On the other hand, Russia cares about how the end of the deal plays out. Novak has said on multiple occasions that it would be necessary to make a smooth exit from the agreement so that the end of its implementation would not cause a shock in the market leading to the fall of oil prices. Consequently, Russia might not exclude that in March 2018 it will initiate the extension of the deal for the last time and for the minimal period to allow oil traders to adjust their plans and strategies.

From this point of view, the additional extension for three more months might be just a part of an exit strategy. And Moscow is still unsure whether it needs this extension.