The recent meeting between the Russian president and the Saudi crown prince appears to have moved the two countries closer to a grand bilateral energy deal. 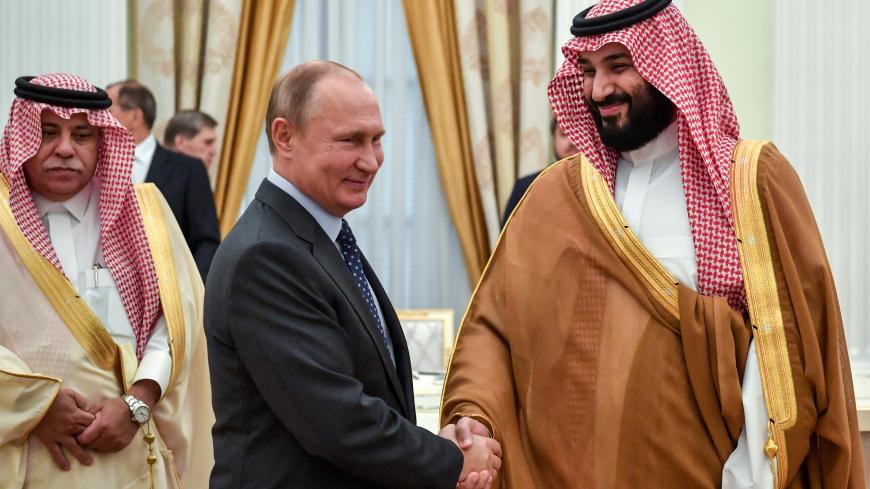 On June 14, the meeting of Saudi Crown Prince Mohammed bin Salman and Russian President Vladimir Putin as well as the talks between their energy ministers, Khalid al-Falih and Alexander Novak, brought important results. On the one hand, Moscow and Riyadh seemed to finalize their joint position regarding the future of the Vienna agreement, in which OPEC countries agreed to reduce their production of oil. On the other hand, Russia and Saudi Arabia declared their readiness to form a coalition that would be determining the future of the global oil and gas market. This is a serious declaration, as the two countries still have a lot of differences they need to overcome.

Recent Russian-Saudi negotiations left no doubts that there will definitely be an increase in the oil output of OPEC plus (a group of OPEC and non-OPEC members that in 2016 agreed to limit their oil production in order to stabilize the global oil market). Moscow and Riyadh agreed on this and see the revision of oil production quotas as inevitable. However, it is not clear whether Novak and Falih agreed on the exact volume of production increase they will be offering to other members of OPEC plus at their meeting in late June. Yet it seems that the Saudis gave the green light to Moscow to suggest a higher increase volume than was initially expected. After his consultations with Falih, Novak said Russia might go for an increase of 1.5 million barrels per day (bpd) instead of the initially suggested 1 million bpd. This move is completely in Russian interests.

On the one hand, the increase of 1.5 million bpd might be enough to compensate for the drop in Venezuela’s and Iran’s oil output as well as the volatility of oil production in Libya, Nigeria and Iraq. Russia and Saudi Arabia are extremely concerned that the fall of oil output in these countries, as well as unexpected oil production disruption in other parts of the world, might skyrocket prices and destabilize the market. Thus, in June, Igor Sechin, the head of Russian energy company Rosneft, predicted new oil price hikes caused by US sanctions on Iran. As opposed to the mid-2000s, when Russian energy corporations were blindly pushing for higher oil prices, now Moscow is much more concerned about the stability of reasonably high oil prices rather than their constant growth that might encourage growth of oil output by rivals, boost development of alternative energy resources and, in the end, shrink demand.

On the other hand, Russia’s intention to increase the oil output of the OPEC-plus group to 1.5 million bpd is in line with the statements by some Russian market analysts interviewed by Al-Monitor. They said that to keep oil prices in the corridor of $65-$75 per barrel, which is most desired by Russia, the increase in oil production by 1 million bpd might not be enough.

The biggest question here is why the Saudis gave the green light to Moscow, as they were not keen on decreasing oil prices, but rather keeping them at the current level or a bit higher. Supposedly, the Saudis do not expect that this increase in OPEC-plus output will cause a substantial downward price trend. Another factor that could affect the Saudi decision is the kingdom’s concerns regarding the growth of shale oil production in the United States. At least, the gradual increase in OPEC-plus output and the subsequent decrease of oil prices will boost demand. As a result, the growth of the shale oil production in the United States will not lead to the substantial shrinking of the OPEC-plus share of the oil market.

Novak and Falih also agreed on the necessity to develop further cooperation aimed at ensuring sustainable development of the global oil market and industry. This is expected to be achieved in several ways. First, the two sides will try to preserve OPEC plus as a discussion ground to regulate the oil market beyond 2018. In other words, Russia and Saudi Arabia will preserve the Vienna agreement with new production quotas until the end of 2018. They will also try to persuade the participants to remain as OPEC-plus members beyond this date, although the format of this structure will become different. It seems likely that during the forthcoming meeting the members of OPEC plus will discuss mechanisms that would allow them to immediately react to the problems of the oil market and, if necessary, to interfere in it on a rolling basis. Thus, OPEC plus might become a forum-like structure that will act on a permanent basis and have practical mechanisms to regulate the oil market.

Novak and Falih voiced another important initiative: They intend to bring non-OPEC-plus members into the discussion on control of the oil market. It had been strongly rumored that Russia and Saudi Arabia were interested in this; now this speculation has been confirmed. The question is who the two sides are thinking of bringing into the mix. Might this include US shale oil producers? Their intentions and production potential are not clear either for Moscow or Riyadh. The US industry is extremely flexible and can adjust to different market conditions. As a result, it would be reasonable for Moscow and OPEC plus to establish dialogue with them.

Finally, Russia and Saudi Arabia declared that they are currently working on a bilateral agreement that will oblige them to cooperate to ensure the stability of the global hydrocarbon market and an adequate level of investments in the development of the oil and gas industry. Interestingly, Moscow and Riyadh are not interested in concentrating their attention solely on oil. They will also pay a lot of attention to cooperation in the gas sphere.

All in all, Putin’s meeting with Mohammed clearly demonstrated that Moscow and Riyadh intend to work together and that recent rumors about the beginning of the rift in their relations are premature. Both politicians were satisfied by the outcome of the talks. During his meeting with Putin, Mohammed even promised to organize the first summit of OPEC-plus leaders in Riyadh to honor Putin. At the same time, the meeting of Novak and Falih helped advance the development of Russian-Saudi relations in the energy field. The vague formula expressed by the two ministers that their countries will support investments in the oil-and-gas sector hints that the next step in Russian-Saudi relations might be cooperation on joint gas projects in Russia or the kingdom.