Russia’s decision to break off from the Saudis in the OPEC-plus agreement has some merits. 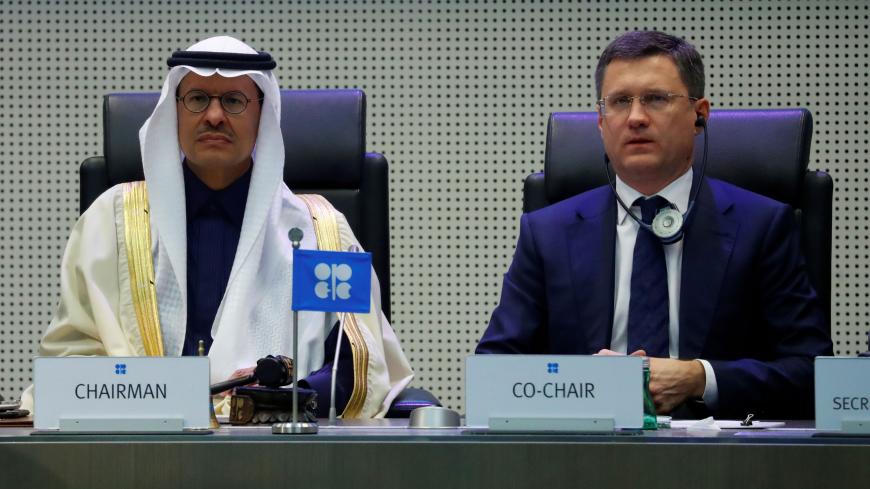 The decision by Moscow to withdraw from OPEC-plus beginning April 1 caused shock and panic among market analysts. This structure emerged as a result of joint Russian-Saudi efforts that, in 2016, led to the Vienna Agreement between OPEC and non-OPEC countries, a deal aimed to decrease oil production in order to prevent the fall of oil prices and ensure their stability. The initial six-month OPEC-plus deal was then extended several times. It also led to the formation of a permanent forum-like structure with its own charter signed in July, which allows participants to coordinate and adjust their production policies.

This Russia-backed format proved to be effective and achieved, at least temporarily, relatively high and stable oil prices. In December, the deal was extended until April. Consequently, until the very last moment, the Kremlin’s withdrawal from the deal seemed to be hardly possible, although Russian Energy Minister Alexander Novak periodically told the international community that his country did not plan to stay the part of this structure forever.

The confidence of external observers that Russia would remain a loyal member of OPEC-plus was supported by the belief that Moscow’s withdrawal from the deal would inevitably backfire when it comes to Russian relations with another founding member of this structure, Saudi Arabia. Indeed, for the last several years, Russia has demonstrated deep interest in developing bilateral and multilateral cooperation in the oil and gas sector with the Gulf countries. It also seemed to perceive Riyadh as a key player in the Middle East, obviously hoping to establish active political dialogue with it. Yet the depth of this interest and its impact on Russia’s decision-making toward the oil market was obviously overestimated.

For the last three years, apart from the pompous exchange of the visits by the heads of the states, Russian-Saudi political dialogue did not produce much in terms of results. In the global hydrocarbon market, Russia and Gulf exporters are competitors at least as much as partners. Thus, within the last several years, Russia and Saudi Arabia periodically competed for oil markets in Asia and Europe. During 2018-19, in spite of domestic production cuts, both Moscow and Riyadh were increasing their supplies to Beijing, competing for the title of the largest oil exporter to China and the share of the Chinese market created by the fall in Iran’s oil shipments to Beijing as well as growing domestic demand and China's attempts to diversify its sources of hydrocarbon imports.

During the first half of 2019, Russia managed to win this competition and, thus, won the status of the leading supplier. Yet, by the beginning of 2020, Saudi Arabia not only took this title back but also struck back in other regions.

In July, Riyadh’s decision to further discount its oil sold to Europe caused concern in Moscow. In September, the attack by Iranian proxies on oil-refining infrastructure in Abqaiq and Khurais led to Riyadh being temporarily unable to fulfil its export obligation to Asian countries. Russia immediately used this opportunity to position itself as a more reliable supplier to India in order to increase its share of the country’s market.

It is also difficult to say that prospects for Saudi-Russian investment cooperation are bright. This cooperation has natural limits determined by Russia’s economic and technological limitations. For instance, in 2019, although it initially demonstrated interest in buying a share in Russia’s Arctic LNG 2 project, Saudi Arabia decided to invest in the US liquefied natural gas industry instead, pointing out to Novatek that there were much more profitable and less risky US projects that also provide access to a more advanced technological base than exists in Russia.

The US and EU sanctions imposed on Russia have also worried Saudi Aramco. As a result, out of the long list of discussed oil and gas projects between Saudi Arabia and Russia, only a few had been finalized in the form of contracts by the start of 2020.

Under these circumstances, Moscow definitely took the Saudi factor out of the equation when making a decision on further Russian participation in OPEC-plus. This, in turn, made Moscow’s withdrawal from OPEC-plus inevitable and driven by the pragmatic calculations.

Russia has finally accepted that the era of high oil prices is gone and that nothing can make it return. The mood regarding the future of oil prices is clearly reflected in state budget planning built on the assumption of prices floating in the range of $50-$60 per barrel (likely closer to the lower end) until 2036 in the best case scenario. Russia’s leadership is also well aware of the growing influence of non-OPEC-plus members on oil prices as well as of forthcoming structural changes in market fundamentals that cannot be controlled by Russia alone or by OPEC-plus. Under these circumstances, the declining capabilities of OPEC-plus to affect the global oil market were encouraging Moscow to limit its engagement in this structure. Russia is nearing a psychological threshold in 2021-22 when its oil output is expected to start its fall from 11.4 million barrels per day to 6.3 million barrels per day in 2036. It will try to do its best to prepare for this. Its plans imply the development of new oil production projects, which is hardly possible under OPEC-plus production limitations.

The straw that broke the camel’s back was the Saudi-led initiative to deepen production cuts to 1.5 million barrels per day after April 1, a decision that was completely unacceptable for the Kremlin. The idea behind the production cuts was to shore up prices falling the dramatic fall in oil demand caused by the new coronavirus, COVID-19. But the Russian leadership did not believe that such a cut in production could actually help the market given the drop in demand and the expected growth in oil production by non-OPEC-plus countries of 2 million barrels per day in 2020. Consequently, the Kremlin simply decided not to accept the deepening of the cuts at all, thus, showing that its honeymoon with Saudi Arabia is, at least temporarily, over.

China in the Mideast
Health and medicine
Oil and gas
Sanctions