As the OPEC+ deal has expired, Russia and Saudi Arabia remain at odds, though the United States offered encouraging words that production cuts might be negotiated. 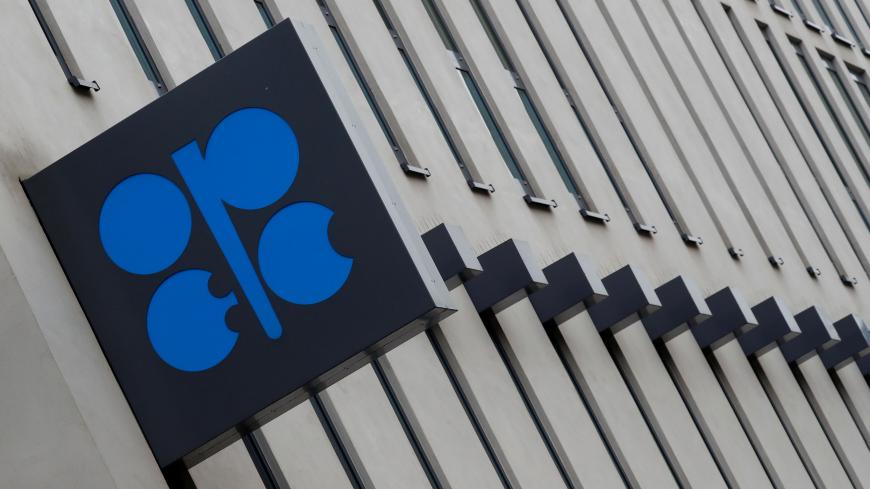 The logo of the Organization of the Petroleum Exporting Countries (OPEC) sits outside its headquarters ahead of the OPEC and NON-OPEC meeting, Austria, Dec. 6, 2019. - REUTERS/Leonhard Foeger

The Russian-Saudi feud over oil production has destabilized the market even as the industry faces anemic demand and the potential for a legion of layoffs because of the coronavirus pandemic.

On the heels of plummeting prices, the market rallied April 2 after US President Donald Trump, perhaps prematurely, announced via Twitter that Saudi Arabia and Russia appeared ready to compromise on production cutbacks. But some analysts warned that the Saudis seemed "much more measured" in their statements.

Russia has withdrawn from the OPEC+ deal among oil-producing nations to cut production and regulate the market, and Saudi Arabia announced earlier this week it would increase its oil output. The breakup not only sent the market into a spin, but it also triggered a controversial reaction in Russia. Al-Monitor previously reported the ambiguity in positions between captains of the Russian oil business and the Kremlin.

“OPEC+ has definitely made its own contribution to the overall balancing of the [oil] market through [agreements on] production cuts," Rosneft CEO Igor Sechin said in a recent interview with the Rossiya-24 state news channel. "But just how significant was this influence [on the market]? Because in parallel, the United States has been increasing its production, which eventually made it the [world's] No. 1 producer. It increased its exports to Europe by six times and to India 10 times.”

Lukoil Vice President Leonid Fedun observed in an interview with Russian business daily RBK, “There were no real economic reasons for Russia’s participation or nonparticipation in the deal with OPEC. The very idea of abandoning the OPEC+ deal was not discussed by Russian leadership with the top national oil producers, though I know some [Russian] state companies lobbied for this decision.”

He added, “But even those who lobbied for Russia’s departure from the deal couldn’t imagine in their worst nightmares that today oil would be traded at $25 per barrel and lower."

One way or another, just as Russia initially calculated, the Saudi decision to increase its production to 13 million barrels per day (bpd) crushed market demand. The Saudis offered generous discounts for markets where it traditionally competes with Russia, but given expensive logistics, the Saudi offer wasn’t embraced the way Riyadh expected. Besides, pushing Russian companies out of the market also proved difficult, given that they relied on their own pipelines for supply. If this was the Saudi plan to bring Russia back to the negotiating table, it had obvious flaws.

That said, Russian companies still can't compete with Saudi Aramco and OPEC partner companies in production. Should the price of oil remain below $40 bpd in the mid-term, Russian companies would not have sufficient resources to invest in sustaining the desired production level. Some companies have already given up on the idea of investing in the development of new oil fields and asked the government for substantial tax cuts. This, in turn, may have strategic implications for the oil industry in Russia. All of this gives hope that pragmatism on both ends will eventually prevail.

Russia thus keeps the door open and doesn’t miss a chance to tout its "good" relations with Saudi Arabia.

“Moscow will continue its cooperation with OPEC within the framework of the charter signed by the 24 OPEC+ countries in Vienna in July 2019,” Russian Energy Minister Alexander Novak said in early March.

Another driver that is likely to push Russia and Saudi Arabia back together is the need for both to fund their budgets. To balance its budget, Russia needs the price of oil to be at least $42 a barrel; the Saudis need $83.

The current situation also creates a number of domestic challenges for both nations. Russia faces the ordeal of implementing its so-called “national projects” and is undergoing a complex process of changes to its constitution and future power structure. The national projects largely define the quality of life for ordinary Russians, many of whom are experiencing a radical drop in their incomes between the oil crisis and coronavirus quarantines.

In Saudi Arabia, in turn, the ongoing turbulence challenges its implementation of Vision 2030 and amasses potential for destabilization of the elites — recent arrests in the Saudi royal family attest to just that.

This not to mention other oil-supplying countries whose gold and currency reserves are much more modest than those of Russia and Saudi Arabia.

“We [Russians] have a big enough safety margin to finance our obligations. … The current prices in the oil market suggest our reserves could be enough for six years,” Russia’s Finance Minister Anton Siluanov said in a recent interview with the Rossiya-1 state-run news channel.

The oil market urgently needs to be stabilized. Today the market is heavily influenced not only by the pandemic and the breakup of the OPEC+ agreement, but also by US sanctions. These sanctions, for instance, hamper Iran's presence in the market, and the other players currently are taking advantage. Venezuela is another case in point: In early 2020, the United States sanctioned Rosneft Trading and TNK Trading. On March 28, Rosneft decided to leave the Venezuelan market, and Moscow had to set up another state company to purchase the assets.

“As an international public company, we have fulfilled our commitments with our shareholders and now have a right to expect the American regulators to fulfill theirs,” Rosneft spokesperson Mikhail Leontiev said, according to Russia's Tass news.

Evidently, Rosneft thus seeks to avoid US trade sanctions and maintain a window of opportunity for talks with US companies. This move, however, creates more uncertainties, since the newly formed Russian company may not have the needed production capabilities, and Venezuela will have to cut its market presence, which the United States might use to its favor.

It remains to be seen if the market rally spurred by Trump's optimistic statements will hold up. If not, the low price of oil over the long haul could put a lot of American shale companies on the brink of bankruptcy or worse. Some may choose to limit production to help stabilize the markets. The question is whether the United States is prepared to do so of its own volition via agreements with Moscow and OPEC. This also would create a set of incentives to negotiate a new pact. Whether this could be a long-term deal is questionable, but the tactical effect may indeed help the world economy.