If OPEC decides this month to increase oil output, it will probably be the result of a simple economic decision and not any desire by Riyadh and Moscow to cater to the United States. 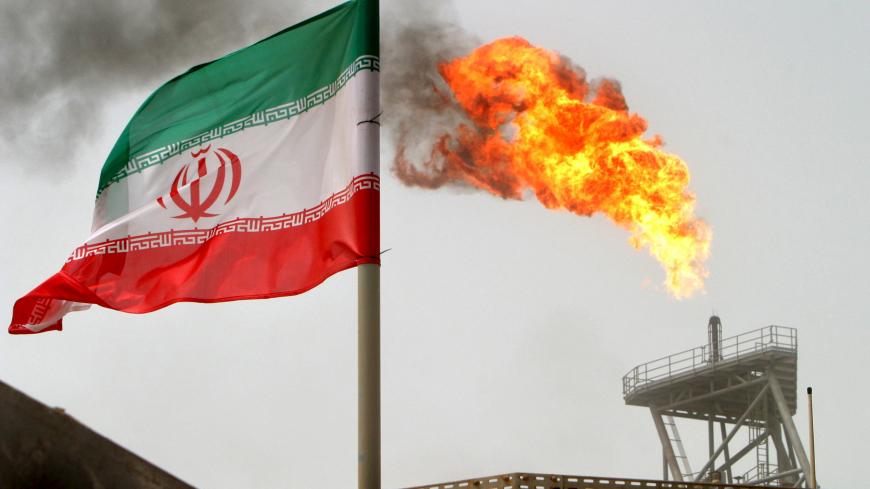 A gas flare on an oil production platform in the Soroush oil fields is seen alongside an Iranian flag in the Gulf, July 25, 2005. - REUTERS/Raheb Homavandi

OPEC members are expected to consider increasing oil production at their June 22 meeting in Vienna, something the United States reportedly has unofficially requested of some OPEC members.

International media have reported that the United States asked Saudi Arabia and a number of other OPEC members to cover the deficit that might occur on the international market due to US President Donald Trump’s decision to reimpose sanctions on Iran.

On June 2, representatives of Saudi Arabia, Kuwait, the United Arab Emirates (UAE) and Oman discussed this issue and concluded they should do their best to ensure the oil market’s stability. Political analysts consider this a possible positive answer to the US request. Yet the situation might be a bit different from what it seems.

First of all, it’s important not to fall under the influence of conspiracy theories. Indeed, the current leadership of Saudi Arabia is extremely anti-Iran. Both King Salman bin Abdul-Aziz Al Saud and Crown Prince Mohammed bin Salman consider Iran a regional rival; they rarely miss an opportunity to make life difficult for Tehran. Nevertheless, they’ve also never been known to rock the boat to the point of endangering Iran’s economic survival.

Second, since the early 1990s, the 14-member OPEC has tried not to politicize oil production excessively. Moreover, after signing the so-called Vienna or OPEC-plus agreement (a deal between OPEC and some other oil producers to decrease oil output) in 2016, Riyadh has been trying to turn the cartel into an effective means of regulating the oil market. To an extent, the Saudis are trying to herd cats: Given the differences in OPEC members’ production potential and domestic political situations, it’s difficult to encourage them to unite their efforts. But by this year, Saudi Arabia managed to achieve this under the banner of common economic interests. The cartel would see little sense in increasing oil production to please the United States and put political pressure on Tehran, a move that might ruin the overall discipline among the organization, making it harder for Riyadh to control.

Third, while one shouldn’t completely rule out political drivers behind a Saudi intention to increase oil output, economic considerations play a much bigger role here. Riyadh needs to maintain the oil market’s stability for the kingdom's own economic sake. Saudi Arabia has adopted an ambitious plan of economic development that is expected to depend on oil money and revenues from the initial public offering of Saudi Aramco. Under these circumstances, sustainable oil prices in the long run are important for Riyadh. Extreme rises in oil prices are no less dangerous than abrupt drops. As a result, Riyadh would agree to compensate for Iran’s absence on the market for the sake of avoiding price shocks, rather than for political reasons.

Moreover, Iran’s sanction-induced production problems are just part of the challenges for Saudi plans, and not the biggest. Certainly, as argued by some market analysts Al-Monitor interviewed, a worst-case scenario suggests that by 2019, Tehran’s production might fall as much as 1 million barrels per day (bpd). Yet a less-pessimistic, more balanced scenario of Iran’s production losses is much more moderate — 200,000-500,000 bpd. And even that amount isn’t a sure thing. A far bigger danger for OPEC members’ interests is the deteriorating situation in Venezuela. Market experts Al-Monitor interviewed said it’s taken for granted that production will drop 500,000 bpd in Venezuela by the beginning of 2019. There are also risks related to oil production in Nigeria, Libya and Iraq.

There is also the danger that the oil market could simply overheat from high oil prices, lowering demand. Under such circumstances, Saudi Arabia’s concerns wouldn’t be limited to Iran.

Finally, Riyadh and other OPEC members can’t decide to increase output without the consent of the non-OPEC members that signed the Vienna agreement. Those entities might support such an OPEC initiative, but their backing would have little to do with US intentions to pressure Iran. Thus, Moscow — one of the engineers of the OPEC-plus deal — would also need to help persuade other players to start a gradual increase in oil output beginning in July. The Kremlin feels heavy pressure from Russian businesses. The top management of Lukoil called for a review of the oil deal. Early on, Rosneft’s managers argued that they would need only two months to return to the level of production from before the OPEC-plus deal. The Russian oil business is concerned that high oil prices might negatively affect global demand, increase the tax burden of Russian companies and create positive conditions for shale oil producers in the United States as well as for those countries that don’t participate in the OPEC-plus deal.

Russia’s stance on the OPEC-plus deal best illustrates the current situation: The necessity to increase oil production quotas of the Vienna group is determined by economic and domestic reasons. Should OPEC-plus increase output, this would inevitably hurt Iran’s interests. Yet Iran wouldn’t be the only country to suffer, and its losses should be considered collateral damage rather than the main goal of the Vienna group, in which Iran participates as well. Moreover, the success of such a Saudi initiative is not guaranteed, and there is a long road ahead before it might be implemented.

The main challenge for Riyadh and Moscow is twofold. On the one hand, while Moscow and Riyadh have found common ground on the need to increase oil output, they’re still far from agreeing on the price range. Riyadh doesn’t want oil prices rising too high, but it also doesn’t want them to fall below $70 a barrel, which is the Kremlin’s target. They also haven’t agreed yet on how much to adjust production volume.

On the other hand, Moscow and Riyadh must overcome the resistance of other OPEC-plus members. From this point of view, the June 2 meeting wasn’t part of an anti-Iranian plot, as argued by some media; it was Riyadh’s attempt to justify its moves. It was quite expected that Iran and Venezuela would oppose the deal. Yet none expected that Kuwait, which played a key role in negotiating the OPEC-plus deal, would suddenly question the need to revise the deal. Kuwait and other Arab members of the cartel accused Riyadh of betraying the interests of Middle Eastern oil producers to benefit Washington and Moscow. Also, given their diplomatic ties with Tehran, neither Oman nor Kuwait would agree to increase the output if it were justified only by the need to press Iran.