The new OPEC+ deal has some advantages for Russia but some of the potential long-term implications may be dire for Moscow. 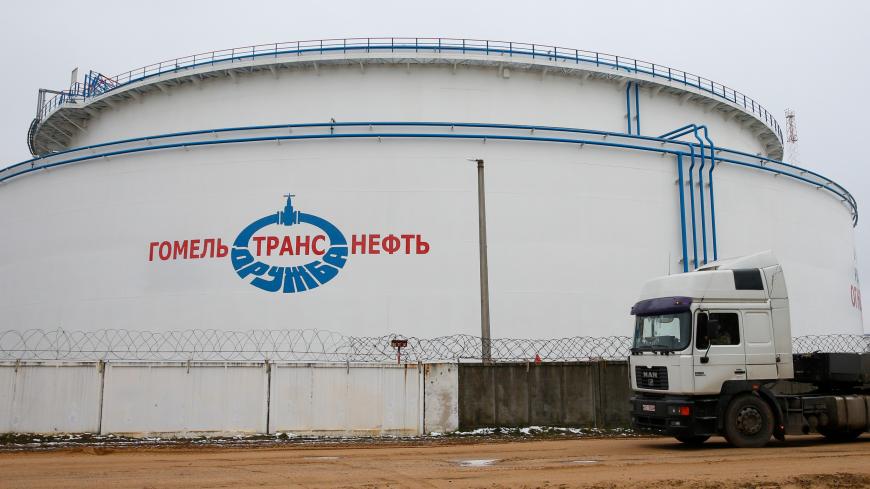 A storage tank is pictured at the Gomel Transneft oil pumping station, which moves Russian crude through the Druzhba pipeline westward to Europe, near Mozyr, Belarus, Jan. 4, 2020. - REUTERS/Vasily Fedosenko

MOSCOW — On April 10, the OPEC, Russia and other countries managed to reach a new agreement to temporarily cut oil production. The agreement came after an almost nine-hour video conference held by energy ministers of major oil producing countries.

On April 12, US President Donald Trump had a trilateral call with Russian President Vladimir Putin and Saudi King Salman bin Abdul-Aziz Al Saud to congratulate them on arriving a deal. Putin and Trump then spoke in a separate call.

Also, before the agreement was reached, Saudi Arabia initiated a trilateral phone call between Salman, Trump and Putin that lasted almost an hour and a half. “The parties confirmed their commitment to coordinate actions on stabilizing the situation in global oil trade and minimizing the negative effect of oil price volatility on the global economy,” a brief Kremlin press release said.

Following the conclusion of the tentative OPEC+ agreement, Trump called his Russian counterpart for a separate conversation. “The presidents exchanged views on the current developments in the global oil market, including the tentative OPEC+ agreement on reducing production volumes in order to stabilize oil prices. Donald Trump shared information about his contacts with the leaders of several oil-producing countries. The presidents agreed to continue Russian-American consultations on the issue,” the Kremlin said, adding that the two leaders also touched on the COVID-19 pandemic and cooperation in space.

Putin then had a call with Saudi Crown Prince Mohammed bin Salman to discuss further details of Russian-Saudi contacts on the issue — the first conversation between the two since the breakout of the oil price war between Moscow and Riyadh.

“The consensus of 22 out of 23 on certain parameters of crude (output) reduction has become an unconditional success of the efforts of OPEC+ ministers. They assumed certain obligations and reached an agreement on those obligations,” Putin spokesman Dmitry Peskov said of the deal.

He added, "The document itself … is very positive and is required for global markets. We believe that experts will manage to formalize and finalize the consensus as the work with Mexican partners is underway now."

Lukoil Vice President Leonid Fedun, who was among the few who criticized the idea of Russia's breakup with OPEC in the first place, told reporters that if the new deal had not been made, global oil storage would have been full up in 40-45 days, Russia would have had to “freeze” its oil fields and sell oil for $15-20 per barrel. The new deal, according to the oil tycoon, is expected to keep prices within the range of $30-$40 per barrel and bring Russia $70 million to $80 million per day, which makes the deal a reasonable choice. Lukoil is Russia's largest private oil company.

Still, when asked about the price Moscow was going to have to pay in cutting its production by 2.5 million barrels per day, Fedun said, “I’d compare the deal with the Brest Peace in 1918 when … the Bolsheviks had to make an agreement with Germany, which was humiliating and hard to [accept].” The Brest Treaty, more commonly known as the Treaty of Brest-Litovsk, was signed March 3, 1918, by the new Bolshevik government of Russia and ended Russia's participation in World War I, ceded Russian hegemony over the Baltic states to Germany, recognized the independence of Ukraine and ceded Russia’s province of Kars Oblast in the South Caucasus to the Ottoman Empire.

Some saw Trump's hand in the April 10 deal. Alexey Ilyashevich, a writer for the popular Russian right-wing leaning media outlet Svobodnaya Pressa (Free Press), wrote, “The main winner of the new deal is Donald Trump. The summit of leading oil exporting nations went according to his scenario.” The outlet continued, “It was the US president who credited himself for that Putin and Crown Prince MBS returned to the negotiating table and demonstrated willingness to compromise. … In March, Russia refused to prolong the deal that envisaged production cuts for Moscow at the amount of 1.5 million barrels per day. Now it has to cut 2.5 million to 2.8 million barrels per day. Was it worth breaking up with OPEC+ in March only to assume an even bigger obligation for the cuts? Moscow and Riyadh will have to withdraw millions of barrels from the market whereas Washington — only hundreds of thousands. With that the US is a player that can react to a price change in a more flexible manner. They remain in a privileged position,” the publication added.

Some Russian oil market analysts are even more pessimistic over the ultimate fallout of the new deal for Moscow. Mikhail Krutikhin, a partner at RusEnergy, a Moscow-based consultancy that specializes in monitoring and analysis of the oil and gas industry of Russia and in other post-Soviet areas, said the new deal will have dire long-term consequences for the Russian economy.

“There’re some 180,000 operating oil wells in Russia. … In order to cut production by 23% they have to shut about 14,000 wells. On average, one well produces 9.5 tons of oil per day. By comparison, in Saudi Arabia one well produces 1,000-2,000 tons per day. This means Russia has to shut 16 times more wells. Now, in order for them to be shut down, companies would have to turn off electricity to the oil wells, cease waterflooding them, etc. Technically it’s not very complicated but it’s hard to resume production at these wells afterward. If such wells stay out of operation for about two months, deposits of paraffin and stearin will form that will have to be cleaned up. In the north (where most Russian oil fields are) the wells also get frozen over, hydrates of hydrocarbon gases get formed and one would have to use solvents, take out the pumping machinery to have it cleaned, etc. It’s an expensive routine,” Krutikhin said.

He continued, “Even if some of these reserves can be made to resume their production activities, there will be no money for opening new reserves. There will be shortage of revenue and in order to satisfy domestic consumption they will have to cut down on exports. This means that even if the new OPEC+ deal has the price of oil slightly increased, there will still be less income coming to the [state] budget because of the export cuts. This is a financial disaster. The consequences for ordinary people will be gruesome."

Perhaps, in order to avoid these grave implications, the Russian Energy Ministry stressed that the deal is tentative and can be adjusted. “We agreed that the timeframe [for the deal] is two years. This is the timeframe that is the most effective for the market, in order to send a signal that the countries are serious about taking measures to restore the situation on the market, to restore the balance of demand and supply," Russian Energy Minister Alexander Novak said after the talks.

He said that if the market situation improves more quickly than expected, production decisions could be changed.

Novak said Russian companies were ready for the production cuts and the government was “in contact with top executives of oil companies.”