The decades-old ideology of the Muslim Brotherhood has failed its test as a mode of governance in a modern state. 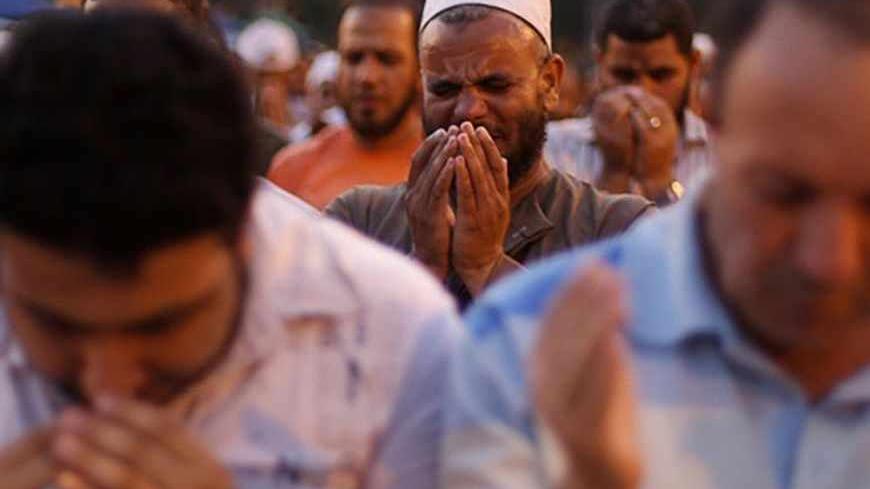 Eighty-five years after its establishment and only one year after one of its followers was elected the president of Egypt, the Muslim Brotherhood is experiencing an unprecedented nakba (catastrophe), whose effects are being felt throughout the region.

The Muslim Brotherhood was founded as a Sunni Islamist religious, political and social movement in Ismailia, Egypt, by Hassan al-Banna in March 1928. It has survived government crackdowns and imprisonment, and it succeeded in gaining power in Egypt in large due to the splintering of the votes between various secular leaders vying for the post-January 25 revolution presidency.

The Brotherhood's credo was and is, "Allah is our objective; the Quran is our law, the Prophet is our leader; Jihad is our way; and death for the sake of Allah is the highest of our aspirations.” Before gaining power in Egypt, its most prominent success was in Palestine with the electoral victory of the pro-Muslim Brotherhood Hamas movement in 2006. Although the Brotherhood’s history does not reflect using military and violent means to reach power, its Hamas affiliate did. And even though religious Muslims usually consider suicide to be haram (forbidden), the Brotherhood’s leading religious advocate Yusuf al-Qaradawi did sanction Palestinian suicide acts against Israelis. Qaradawi based his support on the premise that Israelis were not civilians but rather combatants in a war of occupation waged against the Palestinians.

In addition to Hamas in Palestine, the Brotherhood’s ideology and way of work has spread in many Arab countries including Jordan, Syria, Libya, Tunisia, Algeria and Morocco. Many also consider Turkish Prime Minister Recep Tayyip Erdogan influenced by the Brotherhood’s ideology, even though he has clearly produced his own version of an Islamist party in a secular Turkey.

For years, the Brotherhood had lacked an opportunity to practice what it preaches. The victory of Hamas gave Brotherhood supporters confidence, but the issue was confused because of the presence of a foreign military occupation. What the Brotherhood needed was a governance role model. The popular revolt against former President Hosni Mubarak’s dictatorship gave the well-organized Brotherhood its chance to put to practice its decadeslong ideology. But this was clearly a huge challenge for a country that had a largely secular revolt, and for which the latecomer Brotherhood had hijacked, taking it exclusively for itself.

But this did not last long, and he quickly seemed to have lost his independence and started to act as the representative of the Muslim Brotherhood rather than that of all Egyptians. This quickly led to the chants by Egyptians of "Yaskat, yaskut hukm al murshed" (Down, down with the rule of the guide). The supreme guide is the highest position in the Muslim Brotherhood elected from the Shura Council — he must be at least 40 years old and have been an active member of the Brotherhood for 15 years.

The presence of both the worldwide Shura Council and its supreme guide in Egypt, where the organization was founded, and the election of Morsi as president was both a blessing and eventually a curse for the movement. Once the Egyptian people in the tens of millions signed a petition calling for the removal of the president and early elections followed by the June 30 unprecedented popular protests — which was reportedly estimated to have brought out as many as 33 million Egyptians — the presidency and the Brotherhood were doomed.

Is this the end of the Muslim Brotherhood’s political era? Unlikely, but it is surely the end of attempts to see if the decades-old ideologies first introduced by Banna in 1928, and developed by various supreme guides since then, has the chance to be applied in a modern country. The Morsi and Muslim Brotherhood catastrophe is being felt throughout the Arab and Islamic worlds.

Big questions are being asked about the movement. Is the problem with the age of the movement — most of its leaders are much older than its members — or is it in its exclusive nature? Or is the idea of an Islamic state dead and gone for the near future? For a while, Islamists were claiming that they were the ideological saviors of the region, after what they considered as the failures of communism and capitalism. Are we now seeing the failure of Islamism?