Hamas will be the first group to pay a high price in the wake of Mohammed Morsi's and the Muslim Brotherhood's collapse in Egypt. 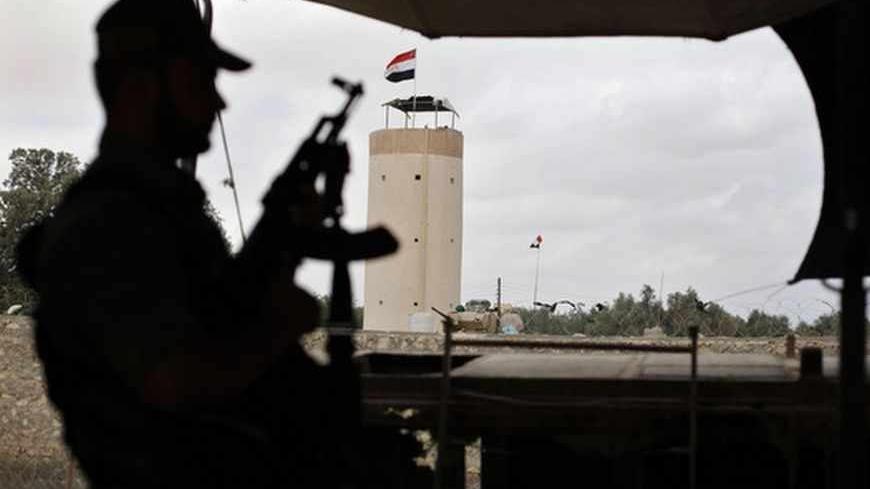 A member of Palestinian security forces loyal to Hamas rides in a pickup truck as he patrols the border area between Egypt and southern Gaza Strip, July 1, 2013. - REUTERS/Ibraheem Abu Mustafa

Hamas stands to be the major loser in the latest popular revolt in Egypt, which pits millions of Egyptians against now deposed President Mohammed Morsi and the Muslim Brotherhood.

The Islamic Resistance Movement, known for its Arabic acronym Hamas, a year ago welcomed Morsi’s election. Both Hamas and Morsi ideologically belong to the same Islamist movement, the Muslim Brotherhood, although there is no organizational link between the two groups. In fact, contrary to conventional thinking, Hamas and the Morsi administration have had a rocky relationship despite their ideological closeness. Many Egyptians accuse Hamas of responsibility for the killing of 16 of its soldiers in August 2012 near the Gaza-Egypt border. Egypt's government-controlled al-Ahram observed as late as April that Egyptian support for Hamas was declining.

Reports that some 7,000 Hamas militants were in Egypt to support the Brotherhood circulated in the media despite persistent denials by Egyptian as well as Hamas spokesmen. Like Hezbollah, Hamas is accused in Egyptian courts of engineering the jailbreak of several senior Muslim Brotherhood leaders, including Morsi, in 2011.

Egyptians also believe that Hamas members have been the key source of instability in Sinai. In April, Egyptian soldiers and officers were abducted there, and Hamas was accused of involvement. Although Hamas denies the allegations, they persist, putting Hamas officials on the defensive.

When opponents of the Morsi regime announced mass protests demanding Morsi’s resignation, anti-Hamas sentiment escalated with rumors that Hamas militants would be infiltrating from Gaza to help keep Morsi in power. The rumors caused the Egyptian government to ratchet-up its efforts to close the Rafah tunnels between Gaza and Egypt  to control the movement of people and to put the rumors to rest.

Despite these efforts, the rumors implicating Hamas in propping up the Morsi regime continued to circulate, prompting additional Egyptian attempts to close the tunnels and restrict movement, a process that is causing severe shortages in the blockaded Gaza Strip.

Whatever the truth regarding Hamas’ involvement or lack thereof, perceptions in the streets and squares of Egypt put the Hamas movement in the same corner with Morsi and the Muslim Brotherhood. Because of this, now that Morsi has fallen, one of the first groups to pay the price will be Hamas.

This comes at the worse possible time for the Islamist movement, which recently lost its base in Syria and financial support from Iran as a result of its decision to oppose former ally and Syrian President Bashar al-Assad and join the rebels in trying to bring him down.

Even friendly Qatar might discontinue its political and financial support of Hamas. The change in leadership in Doha, with the transfer of power to Prince Tamim, is said to be the result of a yet undeclared policy to moderate Qatar’s foreign policy. When the pro-Qatari Islamist ideologue Yusuf al-Qaradawi traveled to Egypt this week, he went out of his way to point out that he had not been deported from Qatar.

The fate of Morsi and Hamas have been linked, and the coming days will determine the fate, for years to come, of the Palestinian Islamist organization that has held the Gaza Strip under its sole control since 2007, refusing every opportunity for reconciliation or elections.