Back to the Future for US Policy In Egypt and Syria

The Obama administration gives priority to containing Islamic extremism, not promoting democracy, in the Middle East. 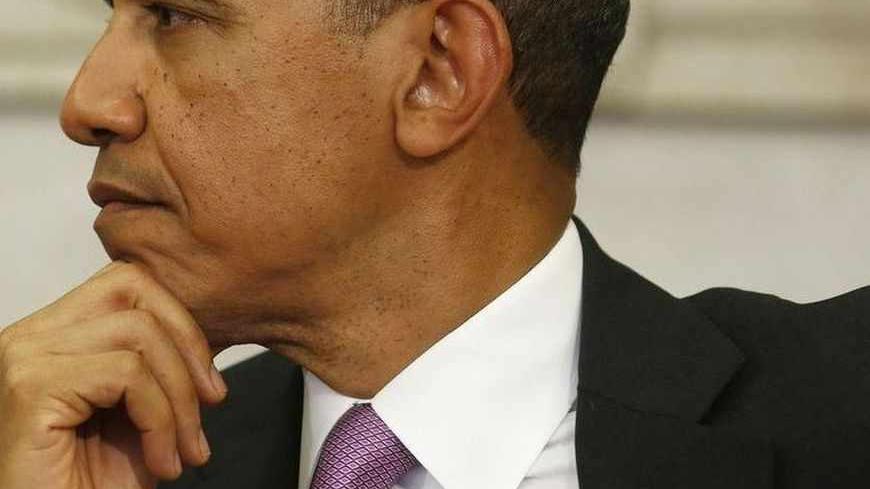 US President Barack Obama sits next to Qatar Emir Sheikh Hamad bin Khalifa al-Thani as he speaks in the Oval Office of the White House in Washington, April 23, 2013. - REUTERS/Larry Downing 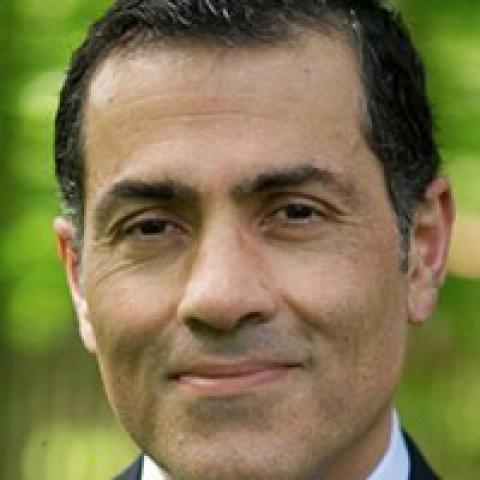 For much of the past two years, no common thread seemed to run through developments in Egypt and Syria. The United States and its international allies could follow one set of policies to contend with a crumbling Islamist democracy on the banks of the Nile and quite another to manage a brutal sectarian war tearing through the Levant. The coup in Egypt has changed all that.

The overthrow of Egyptian President Mohammed Morsi has laid bare the truth hiding in plain sight — the struggle in the Middle East is no longer between dictatorship and democracy, but Islamism (especially Islamic extremism) and its detractors. If the international response to developments is Egypt is any indication, the United States and Europe have made the same realization and are inching their way toward a new, albeit unspoken strategy for the Middle East that is no longer rooted in being on the right side of history by promoting democracy, but in containing Islamism.

The military’s narrative in Egypt today is that it had to step in to fight the scourge of “terrorism.” The coup leader, Gen. Abdel Fattah al-Sisi, pays lip service to restoring democracy, but his aim is to sideline, and if need be, dismantle the Muslim Brotherhood. In an ironic twist, the coup enjoys broad popular support among the same secular and liberal forces that pushed Mubarak off his pedestal. They now think squashing Islamism matters more.

This is all welcome news to Bashar al-Assad, who has all long claimed that he is not resisting democracy, but fighting terrorism as well. It only helps Assad’s case that the Egyptian military is now broadening the definition of terrorism beyond al-Qaeda and its affiliates to include the Muslim Brotherhood, which is also a notable part of the Syrian opposition. The Brotherhood hopes that its trenchant resistance to the coup will harken back to the spirit of the Arab Spring, while the generals feel justified in ratcheting up violence in the face of what they call “terrorism.” Events in Egypt no longer look removed from what is happening in Syria. The same narrative of regime survival in the face of a trenchant terrorist challenge now echoes in Cairo as well as in Damascus. As Egypt vilifies the Brotherhood, it will become easier for Syria to dismiss its own Brotherhood-influenced opposition. The Syrian Brotherhood is even more hard-line than its Egyptian counterpart and thus even easier to cast as extremist.

In Egypt, Saudi Arabia stands with the military, but in Syria with the opposition. Saudi investment in Egypt now exceeds its commitment to Syria, and in Egypt, containing the Brotherhood is what matters. That imperative will trump the Saudis' penchant for undoing Assad and diminishing Iran’s presence in the Levant. With Assad gone, Syria is likely to be ruled by the Brotherhood, and then Riyadh would face the same quandary it faced in Egypt. With the dye cast in Cairo, and the Brotherhood now an enemy of Riyadh, the Saudi position on Syria is bound to shift away from bringing down Assad to preventing the rise of the Brotherhood.

The same change in outlook is palpable in Washington. Despite President Barack Obama’s rhetoric, the United States has been more concerned with terrorism than democracy in the Middle East and does not think Islamists can or will contend with extremists in their midst. That has long been Moscow’s worry.

The Kremlin has dismissed talk of democracy in the Arab world as naive, seeing it as an opening for an Islamist power grab that would jeopardize Western and Russian interests alike. Islamist governments in Tunis and Cairo, the surprising popularity of Salafism and the proliferation of violent extremism in Libya or Syria have only confirmed Russia’s worst expectations of the Arab Spring.

Syria in particular has evoked Moscow’s fear of rising Sunni militancy because of its potential to turn its fury on Russia’s Muslim periphery. President Vladimir Putin sees Syria through the prism of Chechnya — a violent jihadi insurrection that has to be put down at all cost. Just as Russia defeated Islamic radicalism in Chechnya, Assad could do the same in Syria. Putin has lost no opportunity to remind US officials who visit him that the case for ditching Assad is Western folly. He argues that Syria is not about to become a democracy, but a bastion of Islamic extremism if Assad falls. The West is foolishly supporting the very menace that it has been fighting for more than a decade.

Washington does not like to acknowledge it, but it has been slowly but surely moving in Putin’s direction. The growing influence of extremist forces among the Syrian opposition has been a source of worry in Washington and an important reason why the United States has resisted greater involvement in the conflict. In private, the administration also admittedly fears that if it helps topple Assad, extremists will take over.

American strategists see two wars in Syria today: the highly visible ghastly one between Assad and the opposition, and the less noticed, but potentially consequential one between the extremist and moderate wings of the opposition. For some time now, the view in the Obama administration has been that it is the second war that matters most to American interests, and if the United States is to intervene, it should do so to deny an extremist victory.

The Russian position is that if the goal is the rout of extremists, then Assad is best positioned to do the job. Washington is not ready to admit that, but by buying into the same argument in Egypt and standing back for Assad to defeat the opposition, it could signal that it is open to embracing a future for the Middle East in its past. First Egypt, then Syria, will be back in the corner of the containment of Islamism strategy, a destructive and dangerous dance between ruling dictatorships and extremist oppositions. In Egypt last month, the Arab Spring came full circle, and now US Middle East policy is poised to do the same.

Vali Nasr is the dean of the Johns Hopkins University Paul H. Nitze School of Advanced International Studies and a contributor at Bloomberg View. He served as senior adviser to the US special representative for Afghanistan and Pakistan, Ambassador Richard Holbrooke, between 2009 and 2011. He is the author of The Dispensable Nation, Forces of Fortune and The Shia Revival. On Twitter: @vali_nasr