Saudi Arabia and The Illusory Counterrevolution

Washington and Riyadh no longer share the same assessment of the threat and the need for reform in the region. 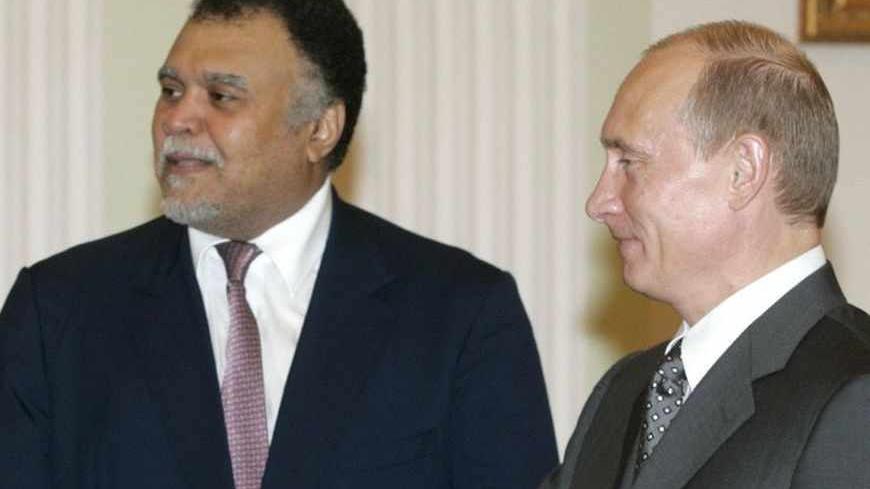 The House of Saud has reason to be satisfied that 2½ years after the Arab awakening began toppling dictators from Tunisia to Yemen, its policies have helped counter the revolutionary tsunami and brought a return to autocracy across much of the Arab world. But the kingdom’s pursuit of the counterrevolution may prove to be illusory, since the roots of Arab revolution run deep.

The Saudis offered the first fallen dictator, Tunisia’s Zine El Abidine Ben Ali, a safe exile. The Saudis were appalled at the downfall of Hosni Mubarak weeks later in 2011; Mubarak, a longtime friend of the Saudis, sent two divisions of troops to defend the kingdom in 1990 from Saddam Hussein. The royals were even more dismayed when President Barack Obama called for Mubarak to step down, which they saw as a betrayal of an American ally with ominous implications for themselves. They were shocked that the Egyptian revolution set in motion revolutions across the Arab world calling for democracy, including next door in Yemen and Bahrain. At home, King Abdullah responded with more than $100 billion in payoffs to the Saudi people to ensure stability at home. For the Saudi royals, the region seemed to be spinning dangerously out of control in 2011.

Now the picture looks different from the royal palaces. The coup in Cairo in June was enthusiastically welcomed in Riyadh. King Abdullah issued a public endorsement of the coup just two hours after Gen. Abdel Fattah al-Sisi announced President Mohammed Morsi had been deposed and the Constitution suspended. The Saudis were the first foreign government to back the takeover publicly. The king followed the message up with a warm phone call to Sisi which the kingdom also made public. Since then, the kingdom and its two gulf allies, Kuwait and the United Arab Emirates, have promised $12 billion in aid to Egypt, with no conditions attached about restoring democracy.

Sisi is well known in Riyadh, where he served as military attaché before being promoted to chief of Egyptian military intelligence. He is said to be a favorite of Prince Muqrin, third in line to the throne. There are widespread rumors in the Middle East that Saudi intelligence provided funding and support for the downfall of Morsi’s government and encouraged the growing popular opposition to his government. The Saudis are also reported to have promised Sisi that they would replace any military or economic aid cut off by Washington in the aftermath of the regime change (they did so in Pakistan in 1998 when it tested nuclear weapons and Washington cut aid).

The Saudis have been backing the forces of counterrevolution elsewhere for more than two years. In Bahrain the Saudis intervened with force to put down a revolution against a fellow monarchy. The Saudis have also moved to back up other endangered monarchies, such as Jordan. In Yemen, they have tried to guide the revolution away from dangerous waters and toward keeping a pro-Saudi government in office. President Ali Abdullah Saleh is gone, but his No. 2 has taken his place.

In Syria, of course, the Saudis have backed the revolution against Bashar al-Assad but they are not eager for Assad to be replaced by a democratic, reformist regime. They would prefer a new strongman in Damascus but one who is a Sunni Arab who will tilt the country toward Saudi Arabia and away from Iran. In the Syrian case, Saudi intelligence is deeply involved in providing arms and money to the Sunni opposition. The Saudi intelligence chief, Prince Bandar bin Sultan, met publicly with Russian President Vladimir Putin to try to entice Russia to dump Assad with an offer of a multibillion-dollar arms deal with the kingdom. So far, Moscow does not appear to have accepted but just the rumors must be unsettling for Assad.

But for how long? The Egyptian situation is far from stabilized. Sisi may be Egypt’s next pharaoh, but the last 2½  years suggest he will face formidable opposition. Even with Gulf money the economy is in deep trouble if tourists don’t start returning in large numbers, which will not happen as long as it is not safe. The Brotherhood thrives when driven underground. More extreme jihadists are certain to turn to terror and they already have a base in the Sinai.

The Saudis remain very dubious about American policy toward the Arab awakening. They want a more robust American role in arming the rebels in Syria, support for Sisi in Egypt and unrestrained backing for the Sunni monarchy in Bahrain. For decades, the American-Saudi relationship was built around a shared threat assessment that emphasized stability over reform in the region. Washington and Riyadh no longer share the same assessment of the threat and that means trouble will continue in the oldest American alliance in the Middle East. Cooperation will continue on al-Qaeda for sure, but we are likely to be on different agendas when it comes to the future of reform movements still pressing for change from Algiers to Aden.