Although the ascension the next generation of Saudi Arabia's princes is not a sign of reform, it is a major transformation in the kingdom’s leadership. 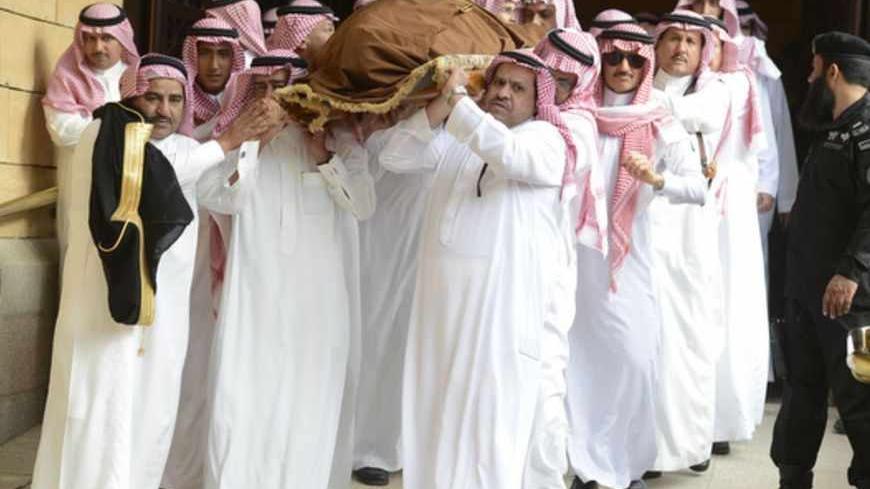 In the last year, the Kingdom of Saudi Arabia has transitioned its top security posts from the generation that had been in office for a half century to a younger generation of princes who are now poised to inherit the last absolute monarchy in the world. The new leaders of Saudi Arabia’s security infrastructure are neither young nor inexperienced; rather, they are well prepared for their assignments at this critical juncture in their country’s history.

Late last month, King Abdullah promoted his son, Prince Mutaib bin Abdullah, to be the first ever minister of national guard, elevating the command of the kingdom’s elite security force to the level of a ministry and placing his son in the cabinet. The Saudi Arabian National Guard, or SANG, was commanded by Abdullah from 1962 until 2010. In the course of his half century in command of the SANG, Abdullah lavished on it the best weapons and equipment money could buy and turned it into the strongest military force in the country, larger and better led than the regular army. Over 100,000 strong and equipped with armored vehicles and helicopters, the SANG has been trained by American advisers since 1975.

The SANG functions as the praetorian guard of the royal family. It secures the capital, Riyadh, and the two holy cities, Mecca and Medina, and is also deployed extensively in the oil-rich Eastern province, which has a large Shiite population and suffers frequent unrest. SANG troops intervened in Bahrain in 2011 to suppress the reform movement on the island, which demands greater political rights for the Shiite majority from the Sunni royal family in Manama. By elevating SANG to the level of a ministry, Abdullah has given his son a bigger voice in the decision-making process of the kingdom on critical internal and external security issues.

Mutaib’s promotion is part of a pattern of elevating the senior sons of the kingdom’s ruling generation, all of whom are themselves the sons of the modern kingdom’s founder, Abdelaziz bin Saud or Ibn Saud, who died in 1953. As the elders have passed away in the last few years, the king has gradually replaced them with their sons. Last November, Abdullah promoted Prince Muhammad bin Nayef, known as MBN, to be the minister of interior. MBN’s father had been interior minister himself for over thirty years before briefly serving as crown prince until his death in June 2012. The Interior Ministry is the kingdom’s internal police force with over 130,000 paramilitary troops, police and border guards.

The Interior Ministry and SANG led the campaign in 2005-2006 to quell an al-Qaeda uprising in the kingdom and were the targets of several dozen terrorist attacks by al-Qaeda before the authorities gained the upper hand and drove the remnants of the terrorist group underground into Yemen.

Abdullah also made Prince Bandar, the former Saudi Ambassador to the United States, director-general of the Saudi intelligence service in July 2012. Bandar is a son of Prince Sultan, longtime minister of defense before he also briefly served as crown prince. Bandar’s predecessor as spy master, Prince Muqrin bin Abdulaziz, is now third in line to the crown, behind Abdullah and Crown Prince Salman. The Saudi intelligence service operates outside the kingdom, roughly like the US CIA, and is now heavily involved in fighting al-Qaeda in Yemen and in supporting the Syrian opposition to the regime of President Bashar al-Assad. Ironically, Bandar was crucial to the transition in Syria from Hafez Assad to Bashar back in 2000, assuring key Alawite generals then in the regime that Bashar was up to the job and had Saudi support. Now Bandar is trying to get arms to the Sunni rebels to oust Bashar.

The king has also been moving the next generation of princes into key governorships in the most politically sensitive provinces. One of Crown Prince Salman’s sons, Prince Faisal bin Salman, was made governor of Medina this January and another of Nayif’s sons, Saud bin Nayif, became governor of the Eastern province at the same time. Both were also made ministers. Faisal had been chairman of the kingdom’s largest publishing company, while Saud had been the ambassador to Spain and a senior official in the Interior Ministry.

The promotion of so many younger princes into senior positions is unprecedented in the kingdom’s history, and is a reflection of the passing of the generation of Ibn Saud’s sons, who dominated the country for well over a half century. The new ministers are experienced hands; many have been functionally running their aging fathers' portfolios for years. MBN, for example, basically took charge of the interior ministry when the al-Qaeda rebellion began in 2005. His father had assured the rest of the royal family that al-Qaeda would never be a threat to the kingdom.

The transition to the next generation is not a sign of reform. None of the new power brokers has any record of promoting fundamental change in the kingdom. After all, they are major stake holders in the system that has finally brought them to the top tier. Nonetheless, the promotion of Mutaib, MBN, Bandar and others is a major transformation in the kingdom’s leadership at a time when the last absolute monarchy in the world faces major challenges from the Arab Awakening and the sharpening sectarian Sunni-Shiite struggle across the Islamic world.

Stormy times lie ahead for the princes. How well they fair will determine the success or failure of America’s oldest ally in the Middle East. Given how slowly change comes in the royal family, if they succeed, they may be in office for decades to come.