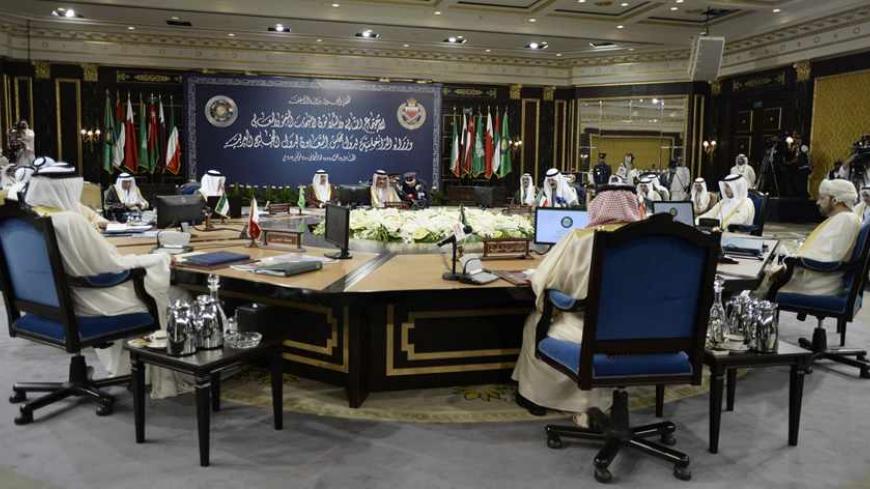 Saudi Arabia’s ambitious plans to transform the Gulf Cooperation Council (GCC) into a formidable military alliance and even a unified state have run into opposition from Oman, but the kingdom is determined to try to go forward in any case. King Abdullah bin Abdulaziz Al Saud believes unity is strength, while many of his fellow monarchs fear it is a threat to their independence.

Abdullah promoted his son, Prince Mutaib bin Abdullah, this year to be the first minister of the national guard, elevating command of the kingdom’s elite security force to the level of a ministry and placing his son in the cabinet. On Dec. 20, Mutaib announced that the GCC would create a 100,000-man strong force to defend the region in the next few years, a massive expansion of what has long been a token military unit. Mutaib also reiterated his father’s wish to have the GCC transform itself from a loose collection of independent states without even a common currency into a unified nation-state, presumably under the leadership of the House of Saud. A unified Gulf monarchy would be the only sure path to regional security and strength that Mutaib argued.

Mutaib is an important player in the kingdom, an up-and-comer. The Saudi Arabian National Guard (SANG) was commanded by Abdullah from 1962 until 2010. In the course of his half century in command of the SANG, Abdullah lavished on it the best weapons and equipment money could buy and turned it into the strongest military force in the country, larger and better led than the regular army. Over 100,000 strong and equipped with armored vehicles and helicopters, the SANG has been trained by US advisers since 1975 and appears intended to be the core of the envisioned GCC army.

The SANG functions as the praetorian guard of the royal family. It secures the capital, Riyadh, and the two holy cities, Mecca and Medina, and is also extensively deployed in the oil-rich Eastern Province that has a large Shiite population. SANG troops intervened in Bahrain in 2011 to suppress the reform movement on the island, which demands greater political rights for the Shiite majority from the Sunni royal family in Manama. By elevating SANG to the level of a ministry, Abdullah has given his son a bigger voice in the decision-making process of the kingdom on critical internal and external security issues. By speaking about the need for a stronger GCC, Mutaib is reflecting his father’s wishes.

Mutaib’s comments come in the wake of the latest GCC summit in Kuwait. Before the summit, Abdullah pressed for an agreement to form a unified Gulf state. On the eve of the meeting, Omani Foreign Minister Yusuf bin Alawi publicly said that Oman would not join a unified state, even if the other five members agreed. Oman has long played an independent role in the GCC. The sultanate, for example, does not share the paranoia about Iran that is so prevalent in Saudi Arabia, Bahrain and the United Arab Emirates (UAE). Muscat provided the venue for secret US-Iranian talks that helped set the stage for the Geneva agreement on Iran’s nuclear weapons program. The sultan of Oman has long served as an intermediary between Washington and Tehran, passing messages from US President Bill Clinton to Iranian President Mohammad Khatami in the 1990s, for example.

Oman is also a country with a long tradition of independence. It was once an empire that included much of today’s Pakistani Baluchistan and Zanzibar in East Africa. It practices its own unique variant of Islam and was never conquered by the Wahhabi armies of Saudi Arabia in the 18th and 19th centuries.

Oman’s open opposition to the unity proposal may have played a part in Abdullah’s decision to send his brother Crown Prince Salman to the summit in Kuwait. How much support the Saudis have for a unified state among the GCC monarchs is unclear, but it is unlikely to be a majority. The Sunni monarchy in Manama backs the idea — of course it has little alternative. In a greater Gulf state the Bahraini Sunnis would no longer be a minority. Some of the Kuwaiti royals may be sympathetic to the idea — their memories of August 1990 and the Iraqi occupation are still vivid, and they see the kingdom as their only real immediate ally. But Qatar and the UAE are unlikely to support any serious unity proposal, since it would end their independence and probably lead to pressure to share the Gulf states’ wealth more equitably.

Prince Turki bin Faisal, former head of Saudi intelligence, has said the kingdom wants to go ahead with the unity scheme with or without Oman. Mutaib’s statement suggests the king is eager to do so. In the uncertain world of the "Arab Awakening," Iran’s engagement with the Americans and Washington’s aversion to more Middle Eastern adventures, the Saudis are eager to find strength in unity among the monarchies. It may prove to be a quixotic quest, but Abdullah is unlikely to give up any time soon. Expect the Saudis to keep pushing for it.