What's ahead for Saudi Arabia?

Saudi's King Salman bin Abdul-Aziz Al Saud has made a number of crucial changes during his first months in power, from taking military and policy risks to a reshuffling of parliament. 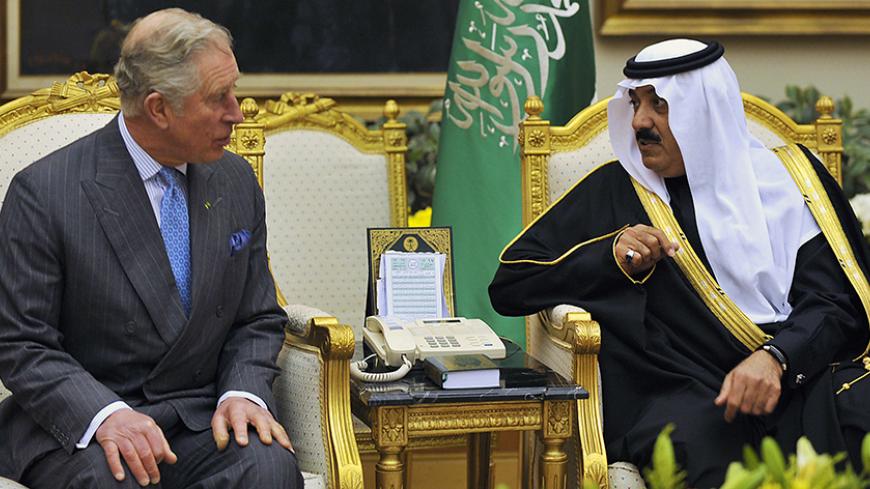 In the 4½ months since King Salman bin Abdul-Aziz Al Saud ascended to the throne in Saudi Arabia, he has made profound changes in the leadership of the kingdom. He has removed King Abdullah’s choice for crown prince in favor of a younger prince, replaced the longest serving foreign minister in the world, streamlined decision-making and created two powerful committees to oversee defense and economic issues. Most of all, he has promoted his 29-year-old son to be minister of defense and given Prince Mohammed bin Salman command of Saudi Arabia’s war in Yemen. The changes mark a generational shift in power from the generation of princes who took the kingdom from a desolate, poor and isolated outback in the Arabian Peninsula and made it into a global energy giant and the most powerful state in the Arab world to a new royal generation that has grown up with incredible wealth and power.

Not surprisingly, there is intense speculation in and out of the kingdom about what may come next. Does the king plan more changes in the royal family’s leadership and power structure? In the kingdom’s fellow monarchies, Jordan and the Gulf states, there is much quiet speculation that King Abdullah’s favorite son, Prince Mutaib bin Abdullah, who is minister for the National Guard, may be next to go. The New York Times reported that Mutaib’s aides suspect he may be replaced by Salman. Others have suggested the Saudi Arabian National Guard (SANG) might be reorganized or placed under the control of the Defense Ministry.

SANG has been the private base for Abdullah’s branch of the royal family since Abdullah became its commander in 1962. He kept command until November 2010 when he appointed Mutaib to replace him. It has always been independent of the regular armed forces and the Ministry of Defense. It functions as an elite praetorian guard for the kingdom to ensure against coups and domestic unrest. It is deployed around Riyadh, the oil-rich eastern province and other key installations. SANG troops are deployed in Bahrain to help prop up the minority Sunni monarchy on the island.

SANG has been trained by Americans since 1975 and is well equipped with armored vehicles. It also oversees a tribal militia system to ensure the tribes' loyalty to the family. The trained cadre of the SANG numbers about 100,000 men.

Mutaib, 63, is Abdullah’s second son. He was educated in Beirut and Jeddah before graduating from the Royal Military Academy in Sandhurst. He also studied at the King Khalid Military College before a long career in the guard. In May 2013, he was elevated to minister of National Guard, a newly created post, to give him more stature. His brother Prince Mishaal was the governor of Mecca province until this year, and another brother, Prince Turki, was governor of Riyadh province. Both Mishaal and Turki were replaced under Salman in January.

SANG initially played a minor role in the Yemen war, but it has become a more prominent player since the war became bogged down in a stalemate. National Guard forces have been reinforced on the border between Yemen and the kingdom and played a role in thwarting a major cross-border attack by the Houthi rebels and their ally, former President Ali Abdullah Saleh, last week. The attack was led by troops from Saleh's former Republican Guard. The Houthis on June 6 also fired a Scud missile at Khamis Mushait, a city that is home to the largest air force base in southwest Saudi Arabia. The Saudis successfully intercepted the Scud with two Patriot missiles. Salman’s spokesman had earlier announced the Royal Saudi air force had destroyed all of Yemen’s Scud missile capability in the air war.

Salman had demonstrated a remarkable propensity to take risks and make decisions in the last four months. Many younger Saudis are pleased with his promotion of the young princes and the war has produced a nationalist rally-around-the-flag moment. Nonetheless, the king is likely to tread carefully with SANG. Removing Mutaib could alienate a powerful branch of the family, already disappointed that two of its sons have lost their governorships. The guard has deep loyalty to the Abdullah branch. There are other discontented princes in the family who have lost influence since Abdullah’s death. Moreover, changing the command structure of SANG during wartime would signal a leadership failure that the king and his son might find counterproductive.

The Houthis' land and Scud attacks suggest the pro-Iranian rebels are not intimidated by the Saudis. They have already succeeded in gaining direct contact with the United States. US diplomats met with Houthi representatives in Oman, which is brokering behind the scenes to get all parties to the United Nations talks set to begin in Geneva on June 14. There is little sign that the Houthis and Saleh are prepared to implement UN Security Council Resolution 2216, which calls for them to evacuate their forces from Sanaa and other major cities. The king’s war is not producing the decisive victory it promised. How he deals with Mutaib may be an indication of how many more risks Salman is prepared to take.