King Salman has shuffled key Cabinet positions to consolidate power in the kingdom. 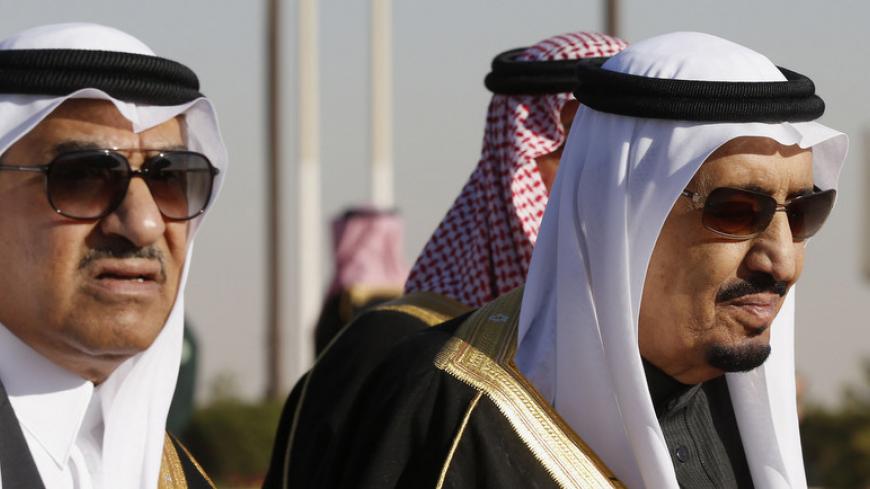 King Salman and his entourage have moved quickly to consolidate power in their hands since the death of King Abdullah bin Abdulaziz. Salman's son Mohammed has become a key player in keeping with the Saudi monarchical tradition.

The Saudi succession from King Abdullah to King Salman was a model of stability. As expected, the heir apparent ascended to the throne and the third in line moved up to be the new crown prince, Muqrin bin Abdulaziz. Salman was quick to chose a new second deputy prime minister, Prince Mohammed bin Nayef, who has made his reputation fighting al-Qaeda. The line of succession is now clearly established and will pass from the sons of the modern kingdom's founder, Abdulaziz Ibn Al Saud, to his grandsons after Muqrin.

A graduate of King Saud University, Mohammed has been a special adviser to his father in a number of positions for much of the last decade. He always traveled with his father and has been gatekeeper to his court. He was at Salman's side, for example, when Pakistani Prime Minister Nawaz Sharif came to Riyadh in January to pay his respects to the dying Abdullah and perform the minor pilgrimage to Mecca. He has a reputation for being aggressive and ambitious, as might be expected.

Now he presides over the royal court, a position of immense power in an absolute monarchy, especially when the aging monarch has health concerns. It also makes him commander of the Royal Guard in practice. As defense minister, Prince Mohammed also controls the regular armed forces, a huge bureaucracy and a budget that engages in massive arms purchases from the United States and other countries. Along with Mohammed bin Nayef, 55, who remains minister of the interior, and Abdullah's son Prince Mitab, 62, who is National Guard minister, Mohammed is now part of a triangle of princes that oversees all security issues for the kingdom. Crown Prince Muqrin will also play a central role in security issues despite not having his own ministerial portfolio.

Prince Mohammed has sought to portray himself in the Saudi media — much of which is owned by his father — as the leader of a younger generation of Saudis. He is head of a number of philanthropic groups that are youth-oriented. He is thus well positioned to try to gain the backing of the kingdom's huge younger generation.

Salman also removed two of Abdullah's other sons from key governorships. Prince Turki bin Abdullah was removed as governor of Riyadh, and Prince Mishal bin Abdullah as governor of Mecca. Riyadh and Mecca are the two most important governorates in the kingdom. As noted earlier, Prince Mitab retains control of the National Guard, which secures the capital and two holy cities. He could be a future candidate for the line of succession.

The longtime former ambassador to Washington, Prince Bandar bin Sultan, was relieved of his two positions in Salman's shuffle: secretary-general of the National Security Council (which was abolished) and special envoy of the king. Also removed was head of Saudi intelligence Prince Khaled bin Bandar, who had replaced Bandar bin Sultan as intelligence chief last summer. Khaled had also briefly been deputy minister of defense before Prince Mohammed bin Salman eased him out of the slot. Bandar and Khaled may yet get new positions. In the kingdom, the royals are rarely out of office for good.

Two of Mohammed's brothers are also in the mix. Prince Abdulaziz bin Salman moved up in the Oil Ministry to the deputy position and will probably become minister when 79-year-old Ali Naimi retires. He was given ministerial rank to sit in the Cabinet, thus ensuring Salman's family runs the oil business. Prince Faisal bin Salman is governor of Medina and a graduate of Oxford University, where he wrote an informative book on Saudi-Iranian relations.

The intricacies of royal family politics in Saudi Arabia are the subject of endless speculation outside and inside the kingdom. Prince Mohammed is sure to be the topic of much speculation to come. He is the prince to watch.