While Iran's President-elect Hassan Rouhani has said that improving relations with Saudi Arabia will be among his top priorities, no one should expect their mutual hostility to end completely. 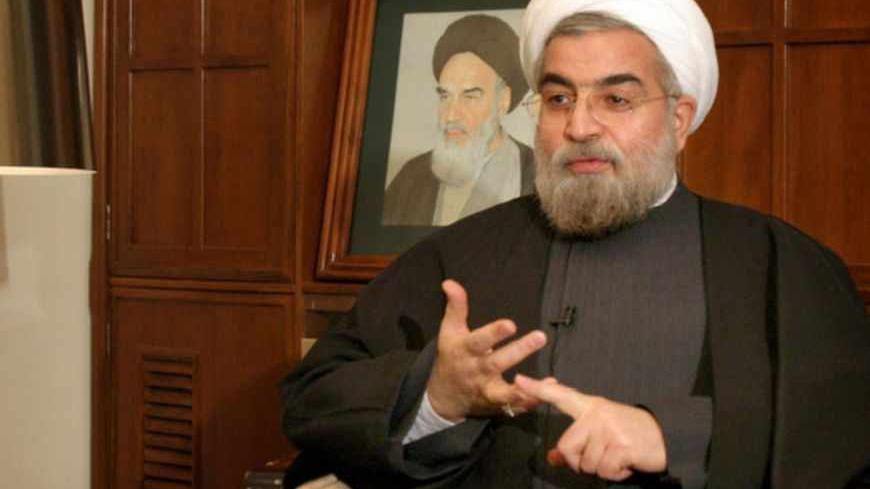 As Iranians wait to inaugurate Hassan Rouhani as their new president on Aug. 3, Western media has focused on determining what his stance toward the nuclear issue will be. Also important, however, is the impact his presidency could have on the Islamic Republic’s relations with Saudi Arabia, its rival for dominance in the Persian Gulf and the broader Muslim world. For Iran, improving relations with the kingdom is key to addressing a number of its regional concerns in Afghanistan, Iraq, Syria and even Pakistan.

Realizing this, Rouhani singled out Saudi Arabia as a “neighbor and brother” in his first news conference following the election, and said that improving relations would be among his top priorities. For its part, the Saudi government congratulated Rouhani and wished the Iranian people development and progress. This was a far cry from King Abdullah’s leaked 2008 statement to US officials, encouraging them to confront Iran and “cut off the head of the snake.”

No one should expect a real rapprochement between the two countries. It is important to note that while Iran sees the US as its ultimate bogeyman, Saudi Arabia reserves that spot for the Islamic Republic. But history has shown that an Iranian president’s rhetoric can go a long way in easing tensions and, in doing so, impact the Islamic Republic’s foreign-policy direction.

As the two most powerful countries in the Persian Gulf, Iran and Saudi Arabia have been in competition for decades. This rivalry precedes the Islamic revolution. Even while the two countries served as “twin pillars” in Washington’s efforts to counter Soviet influence in the region, the shah and Saudi monarch butted heads over energy politics (Iran refused to go along with OPEC’s oil embargoes on the West in 1967 and 1973) and due to territorial disputes.

When Ayatollah Ruhollah Khomeini came to power in 1979, he called for the Arab people to rise up and overthrow the region’s pro-American monarchies. Saudi Arabia responded by providing Iraq with billions of dollars in aid to fight Iran in a brutal eight-year war. Relations hit an all-time low in 1987, when a group of Iranians rioted in Mecca. More than 400 pilgrims were killed in the ensuing clash with Saudi security forces. Following the incident, Khomeini vowed that even if it were possible to forgive then-President Saddam Hussein, it would never be possible to forget Saudi Arabia’s “treachery against Islam.”

Bilateral ties improved following Khomeini’s death. The first half of the 1990s was marked by then-President Hashemi Rafsanjani’s efforts to ease Iran’s international isolation, and by the end of his presidency political and economic relations with Saudi Arabia had improved. During Mohammad Khatami’s presidency (1997-2005), relations further benefited from the reformist president’s “Dialogue of Civilizations.” This was despite evidence unearthed at the time implicating Iran as the mastermind behind the 1996 bombing of Khobar Towers, which killed 19 US Air Force personnel quartered there. Tensions were mitigated even after Saudi Arabia’s Taliban allies attacked the Iranian consulate in northern Afghanistan, killing eight diplomats and bringing Iran almost to the point of invading its eastern neighbor.

The 2003 US invasion of Iraq changed the geopolitical landscape dramatically. By the time Mahmoud Ahmadinejad assumed the Iranian presidency, bilateral tensions were already on the rise as the Saudis feared Iran’s growing influence in Iraq. Ahmadinejad’s provocative statements only exacerbated the situation. A born populist, the president bypassed Arab leaders and appealed directly to the Arab street. His rhetoric was a throwback to the Khomeini era, with Ahmadinejad chastising the Saudi monarchy for failing to stand up to the Israelis and allowing the “genocide” of Palestinians to take place. He also portrayed the Saudis as US lackeys with an illegitimate government.

Heightened Saudi-Iranian tensions have exacerbated regional insecurity. In Lebanon, each country openly backed opposing coalitions — causing political deadlock — with Iran’s Hezbollah-led faction eventually gaining the upper hand. Competition between the two countries also complicates the already fractious Iraqi political environment. Meanwhile, each side accuses the other of funding proxy insurgencies throughout the region. The Saudis publicized their 2009 military actions against Houthi rebels in northern Yemen as an effort to counter Iranian influence in that country, while Iran has accused Saudi Arabia of covertly funding the anti-Islamic Republic Sunni Baluch insurgency along the Iran-Pakistan border. Syria is the latest and most dangerous arena of competition between the two rivals, with Hezbollah pitted against Saudi-backed insurgents.

When he enters office, Rouhani will have a great deal on his plate, not least being an economy in shambles and calls from his supporters to free all political prisoners. The demands on him are so wide-ranging that Iranian satirist Ebrahim Nabavi jokes that they even “include preventing the 1953 coup against Mossadeq from happening and moving Iran to Europe.” Rouhani will need to tread lightly. In both domestic and foreign affairs, he must balance voters’ expectations with efforts to assure conservatives that changes will be neither radical nor to their detriment. And, as an editorial in the ultra-conservative Kayhan newspaper reminded voters, Supreme Leader Ayatollah Ali Khamenei is still the ultimate authority when it comes to Iran’s relations with the outside world.

On the positive side, when it comes to relations with Iran’s neighbors — including Arab countries in the Persian Gulf — Iranian presidents historically have been given leeway to shape the manner of interaction through the Foreign Ministry. Rouhani also has the advantage of having served for decades in various posts within the national-security establishment. In his news conference, Rouhani expressed pride in having been the signatory of the Islamic Republic’s first security agreement with Saudi Arabia in 1998. Coupled with the mandate voters gave him to move away from the past eight years of “resistance” foreign policy and the conservative establishment’s apparent desire to mend factional rifts at home, Khamenei likely will give the new president some lead time to ease tensions with Saudi Arabia.

The Saudis and the Iranians have a shared interest in bringing down the level of mutual hostility. In the wake of popular uprisings across the Arab world, the Saudi monarchy is most interested in domestic stability. While it has played the sectarian card to counter Iran’s advances in the region, continuing to do so could exacerbate tensions with its own Shiite minority in the oil-rich Eastern Province.

Meanwhile, the Islamic Republic has long feared the Arabs in its southwest province of Khuzestan as a fifth column of Saudi support. While it does not appear that either side has played a significant role in fomenting unrest in those areas, a deepening of bilateral tensions would increase the likelihood of that occurring. Finally, signs of improvement in lesser areas of the Saudi-Iranian relationship could impact the likelihood of a compromise solution to the fighting in Syria. Ultimately, neither side would gain from Sunni extremists coming to power in Damascus. The Saudis learned that lesson when portions of the mujahedeen they backed against the Soviets in Afghanistan morphed into al-Qaeda, which called for the fall of the al-Saud dynasty.

In the end, Saudi Arabia and Iran will remain rivals for the foreseeable future. The best one can hope for is to alter the tensions from a boil to a simmer. We must wait and see whether Rouhani, the so-called “diplomat sheikh,” will be able to help bring down the temperature.

Fatemeh Aman is an independent media and political analyst.

Ali Scotten is an independent analyst specializing on Iran.