Despite media speculation about war between Iran and Saudi Arabia, several domestic and international factors make that prospect highly unlikely. 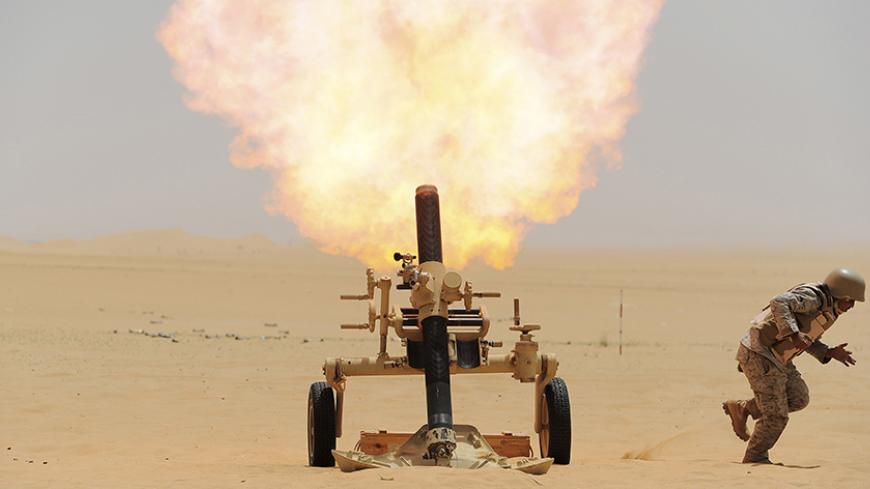 A Saudi soldier fires a mortar toward a Houthi movement position, at the Saudi border with Yemen, April 21, 2015.

Relations between Iran and Saudi Arabia have been tense ever since the establishment of the Islamic Republic back in 1979. Initially, Iran’s doctrine of exporting its revolution and its leaders’ negative view of countries such as Saudi Arabia, together with Riyadh’s creation of the Gulf Cooperation Council and support for Iraqi dictator Saddam Hussein’s regime during its 1980-1988 war with Iran, led to mutual political pessimism. Ties were further strained in 1987 after the massacre of over 400 Iranian pilgrims by Saudi security forces in the holy city of Mecca. With the passing of Ayatollah Ruhollah Khomeini, the founder of the Islamic Republic, in 1989, followed by the pragmatic presidency of Ali Akbar Hashemi Rafsanjani, tensions began to ease — but were never fully eliminated.

In 2011, as the Arab Spring spread across the Middle East, the wall of mistrust between Tehran and Riyadh grew thicker. The civil wars in Syria and Yemen pushed the two sides into indirect military confrontations. Riyadh’s Jan. 2 execution of Shiite cleric Sheikh Nimr al-Nimr, amid Tehran’s protestations, brought the worsening tension to a head. Indeed, Saudi Arabia’s decision to cut ties with Iran after its diplomatic facilities were stormed by Iranian protesters, with countries such as Sudan, Somalia, Bahrain and Djibouti soon following suit, brought about a novel state in the Iranian-Saudi relationship. In this atmosphere, media pundits are asking whether it is possible that Tehran and Riyadh may enter direct military confrontation. The answer is clear: There will not be a war between Iran and Saudi Arabia, for five main reasons.

First, the administration of Iranian President Hassan Rouhani is pursuing a policy of constructive engagement with the world — which is what Iranians elected him for in 2013. In Iran’s complicated political system, the executive and legislative branches are elected by popular vote, though the Guardian Council’s vetting of candidates makes the elections process not entirely free. Within this political system, making a decision to engage in war is not an easy task. Therefore, while some Saudi leaders may beat the drums of escalation, the possibility of outright war depends on factors such as whether there is political will for such action and how the two countries choose to handle the crisis in their relations. In sum, engaging in war is not something that can be done by one side alone. Moreover, Iran’s government has no incentive to increase tensions, as evidenced by the condemnation of the attack on the Saudi Embassy in Tehran by the triangle of power in Iranian foreign policy, meaning Supreme Leader Ayatollah Ali Khamenei, Rouhani and Foreign Minister Mohammad Javad Zarif. In a goodwill effort, Iran has also announced that it will continue to send pilgrims to Saudi Arabia for the hajj this year. Thus, if Saudi Arabia intends to initiate war, the Iranian public — seeing themselves as victims of a violation — will mobilize, and also gain the sympathy of the international community.

Second, the majority of Iran’s current leaders were involved in the destructive war with Iraq and are fully aware of its costs. Rouhani held several military positions during the conflict, while Zarif and his deputies also remember the hardships of that era in their capacity as diplomats. Khamenei, who was president at that time, also served as chairman of the Supreme Defense Council, while Rafsanjani served as the de facto commander-in-chief of the Iranian military. Even Iran’s parliament speaker, Ali Larijani, served as a commander with the Islamic Revolutionary Guard Corps (IRGC). Larijani’s brothers, including incumbent judiciary chief Sadegh Larijani, were also involved in the conflict. Many other influential Iranian figures, including a great number of parliamentarians and Friday prayer leaders, also have bitter memories of war, some of them as war veterans. Moreover, although the IRGC at times seems to favor showdowns — such as in the cases of the recent detention of US sailors or its surveillance of the aircraft carrier USS Harry Truman in the Persian Gulf — it is not empowered to take arbitrary actions.

Third, the very nature of the current crisis makes war unlikely. According to Charles Hermann, a renowned analyst of issues related to US foreign policy, crisis management and decision-making, what defines a crisis are the three elements of threat, time and surprise. Whether the situation threatens the vital interests of a state allows only a short time for decision-making, and whether it occurs as a surprise to policymakers must all be considered. When it comes to Iran and Saudi Arabia, the nature of their crisis does not meet this criteria. In fact, Saudi Arabia’s tone against Iran has even softened in recent weeks. Indeed, Saudi Deputy Crown Prince and Minister of Defense Mohammed bin Salman Al Saud recently told The Economist, “Whoever is pushing toward [war with Iran] is somebody who is not in their right mind.”

Fourth, on the international level, Saudi Arabia believes that in the event of a military confrontation with Iran, the United States and the rest of the West may side with the Islamic Republic. Riyadh’s decision to cut ties with Tehran has received virtually no international support aside from some African countries that play no significant role in international power equations. Even US Secretary of State John Kerry has urged calm following the breakdown in the Saudi-Iranian relationship. There may have been a time when, because of Saudi Arabia’s oil or its position, Washington would have gone out of its way to serve the interests of Riyadh. However, now, even some US elites view Saudi Arabia as a slightly more civilized version of the Islamic State.

Last but not least, victory is uncertain in a potential Iranian-Saudi war. Saudi Arabia and Iran may take destructive blows from each other, but both know that neither has the ability to destroy the other side or impose regime change. Saudi Arabia has more warplanes and modern military equipment, while Iran has better missile capabilities and military personnel. Riyadh’s involvement in the Yemen war is another factor that reduces the motivation for war with Tehran. Moreover, the population in Saudi Arabia’s oil-rich Eastern Province is mainly Shiite and has the potential to revolt — an advantage for Tehran that Riyadh cannot easily create for itself in Iran. Lastly, Iran’s control of the Strait of Hormuz, through which Saudi Arabia conducts much of its trade, is a further preventative factor, since war would necessitate redirecting all that trade to the Red Sea, which in the short run is just not possible.