The implications for Saudi-Iranian relations of the deadly hajj stampede, in which hundreds of Iranians were killed, appear far from over. 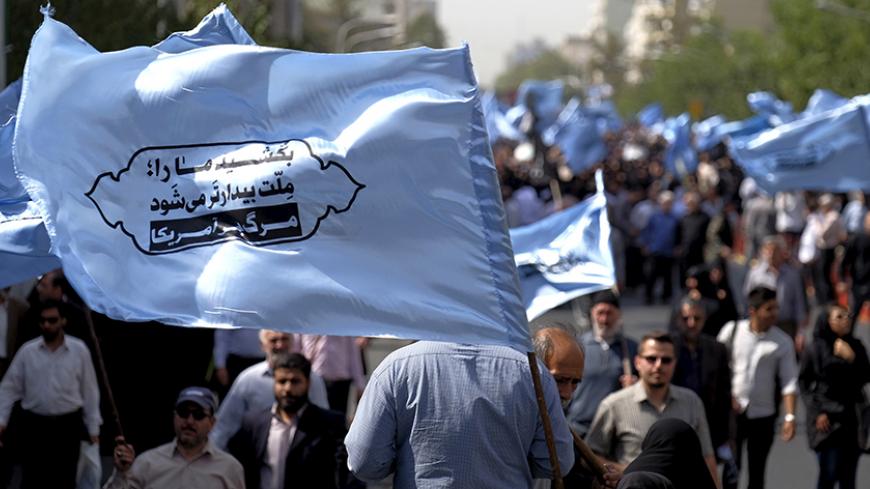 Mourners attend the funeral of victims killed in Saudi Arabia during a stampede at the hajj pilgrimage, in Tehran, Oct. 4, 2015. The banner reads, "Kill our nation, our nation becomes more awake. Down with the US." - REUTERS/Raheb Homavandi 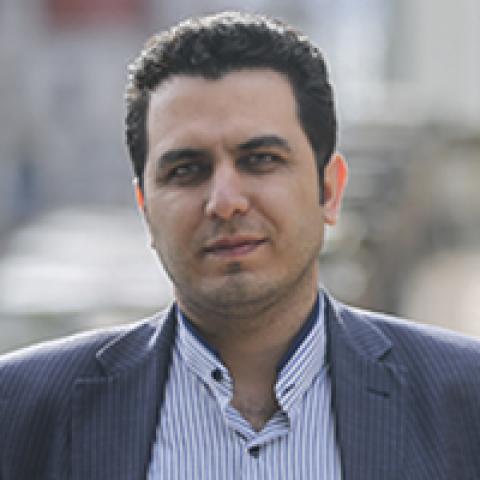 TEHRAN, Iran — When President Hassan Rouhani took office two years ago, there was some hope among Iranians that relations with Saudi Arabia could improve. But after the death of King Abdullah bin Abdulaziz, such hopes have faded as the new rulers in Riyadh continue to fail to show sufficient flexibility and eagerness about engagement with Iran. Indeed, things have turned out for the worse with the recent string of developments marring relations between Tehran and Riyadh. The last incident, the hajj stampede in which hundreds of Iranians were killed, caused great controversy and has deteriorated the situation. It will surely have domestic implications for both Iran and Saudi Arabia — and also internationally, as both countries seek more active and influential roles in the region.

For Iran, after some time of internal debate on how to deal with the kingdom, Supreme Leader Ayatollah Ali Khamenei could now score the initiative by taking the lead on foreign policy. Indeed, if there previously were differing voices in Iran on how to behave toward the Saudis, one can now see unity between the Rouhani administration and the wider political establishment’s positions toward Riyadh. This is happening against the backdrop of ongoing serious discussions in Tehran about the quality of engagement with the West.

Until recently, figures close to the Rouhani administration, and in particular the chairman of the Expediency Discernment Council, Ayatollah Ali Akbar Hashemi Rafsanjani, were seeking more engagement with the Saudis. The cornerstone of their approach was the assumption that such interaction could lessen the tensions in Iran’s relations with the Saudi royal family. This approach has been criticized at home, mostly by conservatives who argue that more engagement with the Saudis is possible in case Riyadh changes its approach toward Iran and some regional issues.

Given recent developments, and above all the war in Yemen and the hajj stampede, critics of outreach to the Saudis — backed by Iranian public sentiment, which is tilted against Riyadh — now have the upper hand in Tehran. Yet, of note, those favoring better relations with Riyadh have adapted to the situation and have now modified their positions and are on the same page as their conservative rivals.

When it comes to international implications of the hajj stampede for the Iranians, one needs to take note that the lack of a strong reaction against the Saudis could result in considerable damage to Iran’s image in the region, where Tehran is seeking to gain a better position after the nuclear deal. Indeed, a soft Iranian approach over the tragedy could be interpreted as passivity, which in turn signals a weaker Iranian position in dealing with the Saudis. A country that eyes a more active role in the region cannot succeed in its endeavor if there is an impression of it not being strong enough to handle its own bilateral issues with a competitor like Saudi Arabia. However, a timely and good reaction could have the opposite effect.

In some aspects, the hajj stampede and escalated tensions with Saudi Arabia have pushed Iran’s other international concerns into a corner. One of those concerns was the question of possible Iran-US interaction on the sidelines of the United Nations General Assembly. The Iranian delegation, led by Rouhani, arrived in New York amid the stampede. The burden of dealing with the catastrophe was so great that it significantly occupied the time and energy of the Iranian delegation. Had the incident not occurred, the high-ranking Iranian diplomatic team could have focused on other issues in their meetings with international counterparts. Instead, the hajj stampede put Iran in “reaction” rather than “action” mode.

Among the issues that were expected to attract media attention on the sidelines of the General Assembly was the possibility of an encounter between the Iranian and US presidents. This did not happen. However, Iranian Foreign Minister Mohammad Javad Zarif and US President Barack Obama’s handshake in New York stirred up the atmosphere, though it was not the main focus at the time it took place in late September. Some members of the Iranian parliament engaged in fiery rhetoric against Zarif over the handshake, but preoccupation with the hajj stampede led Zarif to face a lesser intensity of criticism compared to when he went on a 15-minute stroll with his US counterpart in Switzerland in January.

For Saudi Arabia, the recent tragedies within its borders and Riyadh’s reaction to regional developments have caused controversy, meaning that the situation could worsen the power struggle within the royal family, and also the challenge of how to run the country. In terms of international consequences for the Saudi royal family, “lack of prudence” and “mismanagement” as stated by the Iranians as the root cause of the hajj stampede can to some extent hit the image of Saudis among Muslim nations.

On the other hand, the Saudis have gotten more aggressive in their foreign policy after the United States ignored them in its nuclear deal with Iran. Besides, due to Washington’s policy of “leading from behind,” the Saudis are now expecting less US support in dealing with regional issues. As a result, any further radical Saudi behavior in dealing with other regional issues can deteriorate the situation.

There are points where Iranians and Saudis can see the consequences of their pitiful bilateral relations. Yet, with the unity in Tehran on how to deal with Riyadh, any chance of improved Iranian relations with Saudi Arabia will depend upon a change in Saudi behavior. This could also conversely imply that any reactions from the Iranian side in case of any new action by the Saudis could be stronger. On the other hand, escalation of tension could lead to a Saudi decision to exclude Iranian pilgrims from the hajj. This could ultimately result in both countries likely finding each other mired in ever more tension and more proxy conflicts. The end result? A more volatile region.