Iranian officials have blamed Saudi management of the hajj for the stampede that left at least 125 Iranians dead. 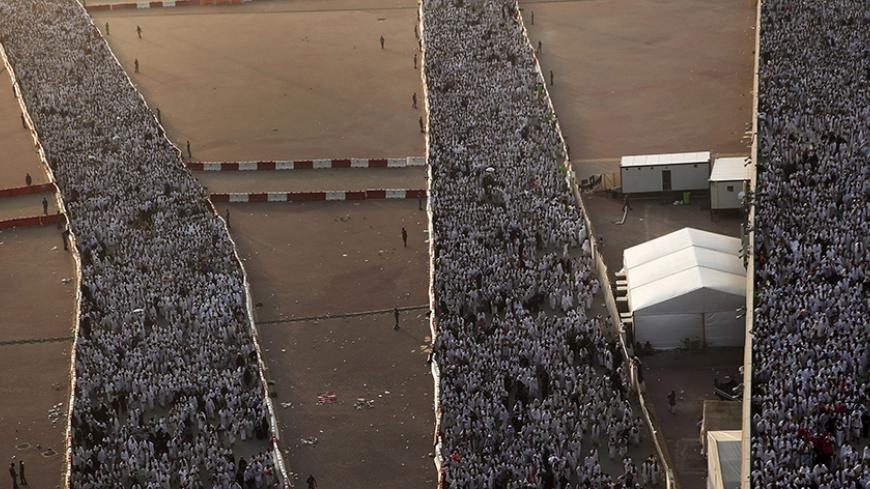 Muslim pilgrims walk on roads as they head to cast stones at pillars symbolizing Satan during the annual hajj pilgrimage in Mina on the first day of Eid al-Adha, near the holy city of Mecca, Sept. 24, 2015. - REUTERS/Ahmad Masood

Iran's Supreme Leader Ayatollah Ali Khamenei declared three days of mourning and has condemned Saudi Arabia for a stampede Sept. 24 near the holy city of Mecca that left over 1,000 pilgrims dead, with at least 125 Iranians among them. While Prince Khaled al-Faisal, head of the Central Hajj Committee, blamed the stampede on “some pilgrims from African nationalities,” Iranian officials have blamed Saudi Arabia for poor management. The incident follows the Sept. 11 collapse of a crane in Mecca in which 11 Iranians died, including a top scientist.

In a statement released by his website, Khamenei wrote, "The Saudi government has a duty to accept its heavy responsibility for this bitter event." He blamed the stampede on "poor management and incompetent actions."

The stampede took place near the neighborhood of Mina, close to where the ritual stoning of the devil takes place. This year nearly 2 million pilgrims took part in the hajj, a duty for all able-bodied Muslims.

Hossein-Amir Abdollahian, Iranian deputy foreign minister for Arab and African affairs, said that President Hassan Rouhani had ordered a special committee to look into the stampede to help with the “immediate support, transport of injured and diplomatic relations.” He announced that the Saudi charge d’affaires in Tehran would also be summoned.

Abdollahian said that Iran believes Saudi Arabia should be held primarily responsible for the episode, adding, “Under no conditions can we be indifferent toward Saudi Arabia’s irresponsible behavior.” He also stated that Iran’s Ministry of Health is ready to dispatch a team of doctors to Saudi Arabia to assist with the wounded.

With Riyadh and Tehran engaged in a number of proxy wars across the region, the death of Iranians on two separate occasions in Saudi Arabia has raised tensions to new heights, particularly in the media. The names of the Iranians killed in the stampede have been shared by most Iranian news agencies, and a number of Iranian officials have spoken out against Saudi Arabia’s role as “custodian of the two holy mosques.” The biggest accusation was made by Hojat al-Islam Ghazi Asgar, who accused Saudi officials of not permitting Iranian rescue crews to approach the wounded.

Hamid Abutalebi, Rouhani’s deputy for political affairs, tweeted that he had spoken with Iran’s ambassador to Saudi Arabia and praised his efforts. He also wrote, “Saudi Arabia’s incompetence in this tragedy is tangible.”

Iranian Vice President Eshag Jahangiri said, “The protection and security of the hajj is the responsibility of the Saudi Arabian government, and they have to act upon their duties, and the consequences of any negligence in this duty is on the government of Saudi Arabia.” Jahangiri had spoken with the representative of the supreme leader and the head of Iranian pilgrims, chairman of the hajj and pilgrim organization, and Iran’s ambassador to Saudi Arabia to facilitate assistance and help for those hurt in the stampede.

Ala’eddin Borujerdi, a member of the parliament’s Foreign Policy and National Security Committee, said, “Saudi Arabia’s government has shown that they do not deserve management of the hajj because of two regretful incidents in a short period of time.” He added, “It has been proven a number of times that Saudi Arabia does not have the competence or efficiency to conduct the hajj.”

This is not the first time that a stampede has killed hundreds of pilgrims, nor is it the first time a large number of Iranians died during the hajj. In 1987, as the Iran-Iraq War was winding down, Iranian demonstrators and Saudi Arabian security forces clashed during the pilgrimage, leading to the death of more than 400 people.