Is Rafsanjani’s death nail in coffin of Saudi-Iran dialogue?

Will the death of Ayatollah Akbar Hashemi Rafsanjani, a man who repeatedly and personally helped bridge the divide over the Persian Gulf, make an Iranian-Saudi rapprochement unlikely anytime soon? 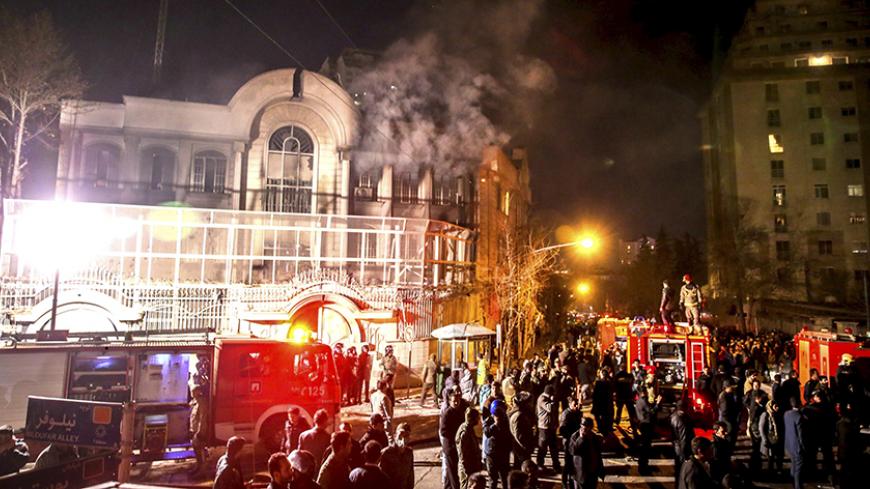 TEHRAN, Iran — Two men on the opposite sides of the Persian Gulf — one wearing a white turban and the other traditional Arabic headgear, an Iranian and a Saudi, a president and a king — at one level were able to build a bridge for dialogue between their countries. With the death of Ayatollah Akbar Hashemi Rafsanjani two years after King Abdullah of Saudi Arabia passed away, the twin pillars of the bridge over the Persian Gulf no longer exist. In fact, the last time there was a trace of hope was when people saw a picture of the Saudi ambassador to Tehran in April 2014 kissing the forehead of Rafsanjani, and it was thought that this might be the kiss of life to Saudi-Iranian relations — but that turned out not to be the case.

“Recent events in Syria, Iraq, Yemen and Bahrain are among the issues that have created a distance,” the late Rafsanjani told Al-Monitor in an interview back in 2015. Rafsanjani added, “Of course, if the Iranian government and [its counterparts] decide to work together, things won’t be difficult and will be as they were in the past.” Rafsanjani seemed a bit overoptimistic then, despite the fact that he was regarded as the only living man capable of changing the status quo.

“Rafsanjani had this capability to make maneuvers depending on circumstances — all for serving the best interests of the Islamic Republic — and this ability made him a unique person in the [Iranian political] system,” Camelia Entekhabifard, an expert on Arab-Iranian Affairs, told Al-Monitor. The uniqueness of Rafsanjani in this regard is a matter that former Saudi diplomat Abdullah al-Shammari also stressed. She said, "It’s true that Rafsanjani’s priority was to serve the interests of his country, yet he was one of the main supporters of good Iranian-Gulf relations in general. He intervened several times to solve crises between Tehran and Riyadh.”

Relations between Iran and its neighbors were poisoned since the very first days of the Islamic Revolution in 1979. The successors of what used to be the Iranian monarchy were received with high suspicions from the first days of their reign. Their revolutionary notions were seen as cross-border threats that might cause havoc all over the region. This was one of the reasons the 1980-1988 Iran-Iraq War erupted, and this is why, for years, amity was always an exception that needed exceptional men such as Rafsanjani.

In 1988, then-acting chief of staff of the Iranian armed forces and parliament Speaker Rafsanjani approached the late founder of the Islamic Republic, Ayatollah Ruhollah Khomeini, with what many wouldn’t dare request. Rafsanjani thought it was time for the war with Iraq to come to an end. He gave his reasons and made his point, offering the 88-year-old leader that he could be the scapegoat of such a decision. Khomeini soon afterward made his famous “poison chalice” statement that marked Iran’s compliance with the United Nations Security Council resolution that called for a cease-fire.

“He had been aware of the importance of good relations with neighbors, of unity in an Islamic world where the majority are Sunnis and they [Sunnis] were suspicious of Iran having the aim of exporting its revolution to their nations,” Entekhabifard said. “Rafsanjani healed the wounds of the post-Iran-Iraq War and melted the hatred between Iranians and their Arab neighbors by making a personal relation with [Saudi] King Abdullah who was then crown prince.”

The personal relationship between the two men helped relaunch Iranian-Saudi and Iranian-Gulf relations positively. Over 1995-1996, Rafsanjani laid the foundation for an era of normalization that flourished under the administration of his successor, Reformist President Mohammad Khatami (1997-2005). Rafsanjani continued to play a main role in maintaining this relation from his position as chairman of the Expediency Council and later as head of the Assembly of Experts.

Former senior Iranian diplomat Hossein Mousavian, who was closely involved with Rafsanjani’s regional outreach in the 1990s, told Al-Monitor, “He believed that Iran’s relations with its neighbors should be at the highest level and the most comprehensive ones. He was ready to establish regional security and cooperation based on such an idea.”

Rafsanjani’s most significant visit to Saudi Arabia was that in February 1998, when he stayed for over 10 days, roving around the kingdom. “The death of Rafsanjani folds an important chapter in the Iranian-GCC [Gulf Cooperation Council] relations. It’s from now on the post-Rafsanjani era,” said Shammari. The former Saudi diplomat explained that Rafsanjani’s personal characteristics helped at one level in changing the path of relations, “[Then] President Rafsanjani’s character both as a politician and a family man had its impact on relations between Tehran and other GCC capitals. His June 2008 visit to Saudi Arabia was important. Real efforts were exerted to boost Sunni-Shiite and Iranian-Saudi dialogue.”

Indeed, dialogue among the main sects of Islam was an issue of interest to Rafsanjani, who appeared in a TV show along with Sunni cleric Yousef al-Qaradawi on Al Jazeera back in 2007 to try to reach common ground as part of efforts to combat sectarian strife, which had intensified as a result of the conflict in Iraq. It was an unprecedented move by the two major clerics. Yet, it didn’t produce the sought outcome of improved dialogue, as the region confidently continued to head toward a chaos that surpassed the Iraqi conflict and any other conflict in the region.

“His death indicates that Saudi-Iranian differences will continue in the near future and a chance of serious mediation … is fading,” Shammari said. “What I’m quite sure of is that the future of Saudi-Iranian ties won’t be promising as there’s no conviction that they should be restored or amended.”

The lack of conviction in the necessity of rapprochement at this time noted by Shammari might be one of the reasons for the continued deadlock in the Saudi-Iranian relationship. Yet there are also other causes for the tensions. One main element missing is regional stability. Another missing element is the presence of political influencers who dare to take initiatives despite the repercussions. The regional struggle is no longer political or driven by economics. Blood between those fighting in the name of Iran and its regional foes is being shed in the name of God — and this makes a solution in the near future a godly solution.