Are Iran, Saudi Arabia about to reconcile? 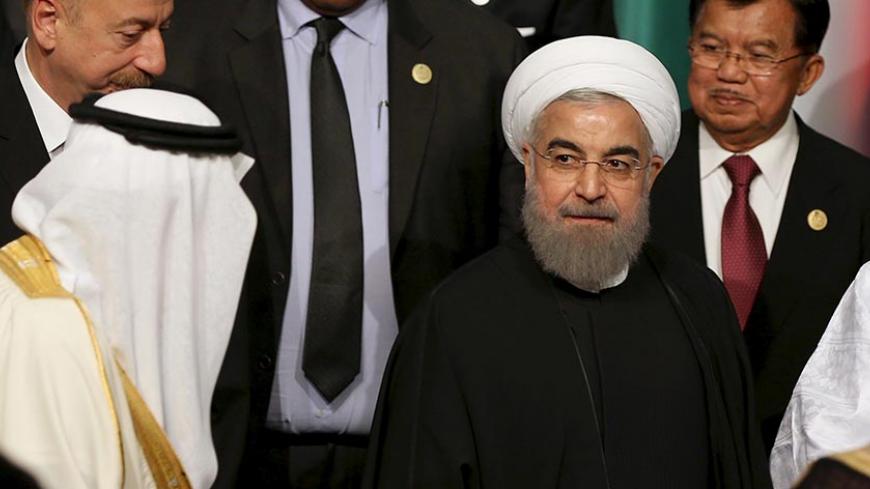 When former Iranian President Ali Akbar Hashemi Rafsanjani died Jan. 8, much was made of the absence of a message of condolence from Saudi Arabia. This was especially stark since Rafsanjani personally enjoyed good relations with many Arab leaders and had played a key role in the Saudi-Iranian rapprochement in the years after the end of the 1980-88 Iran-Iraq War. Indeed, rulers in Arab states such as Bahrain, Kuwait, the United Arab Emirates and Oman all sent messages of condolence upon the death of a man described as a “pillar” of Iran’s 1979 Islamic Revolution.

On Jan. 24, Entekhab News reported that Saudi Arabia’s King Salman bin Abdul-Aziz Al Saud had indeed expressed his sympathy over the demise of Rafsanjani — in a letter addressed only to his family. In the message, which was reportedly relayed to the Iranian mission at the Organization of Islamic Cooperation on Jan. 12, Salman described Rafsanjani as “honorable” and wished for God to grant “patience” to the family of the late ayatollah.

News of the so-far unreported message of condolence surfaced as Kuwait’s Foreign Minister Sabah Al-Khalid Al-Sabah paid a visit to Iran for the first time in two years. According to a Kuwait News Agency (KUNA) report on Jan. 12, the foreign minister is apparently tasked with passing on a message from the Gulf Cooperation Council to Iranian officials.

Indeed, the semi-official ISNA news agency on Jan. 24 quoted an Iranian Foreign Ministry representative as having said that the Kuwaiti foreign minister was carrying a message from the emir of Kuwait for Iranian President Hassan Rouhani.

However, on Jan. 25 ISNA quoted the Lebanese daily an-Nahar as reporting that Kuwait is seeking to deliver a message to mediate between Iran and Saudi Arabia.

In this vein, the Reformist Etemaad daily published an analytical article on Jan. 25, arguing, “The high-ranking security and diplomatic officials of Iran have clearly welcomed the decrease of tensions and [establishment of] a good relationship with Saudi Arabia.”

Noting the visit of the Kuwaiti foreign minister to Tehran, Etemaad added, “The attempts to improve the relationship between Tehran and Riyadh which are underway indicate well that both parties have become aware of the necessity of solving the [outstanding] issues, and despite the intensifying attacks of the propaganda artillery of both parties, the secret diplomacy is ongoing.”

The paper continued, “The repeated remarks of [Iran’s] foreign minister or high-ranking security officials of Iran and the reaction of the Saudis and activities of conservative Arabs aren’t without a reason and any ground. However, the Saudis have preferred to stay behind the doors of the secret diplomacy and have given their responsibility [on the issue of outreach] to their allies such as Kuwait and Oman, which is a clear contradiction of the views of the [Saudi] foreign minister. But if the possible and relative change of the Saudi position toward Iran being the result of a form of security and diplomatic calculations, the possibility of being able to change the newly risen chance into a diplomatic opportunity is not an impossible assumption.”

Referring to Salman’s condolence message to Rafsanjani’s family, Arman daily wrote Jan. 25, “In days when some of the international analysts are talking about a type of cold war between Iran and Saudi Arabia, there is one name that can affect all the analysis. … Maybe, this time, Ayatollah Hashemi’s name — as the man of ‘moderation’ — can be the solution to the challenge between the two countries.”

When Rafsanjani was alive, he was considered one of the possible saviors of the troubled Iran-Saudi Arabia relationship, as he had succeeded during his presidency (1989-1997) in improving relations between the two Persian Gulf powers. In this vein, Arman quoted Gholam Ali Rajai, a former Rafsanjani adviser, as saying Jan. 25, “If we had followed the strategy of Mr. Hashemi, the status of the region and [our regional relationships] wouldn’t be like this now … and it was highly likely that at least we wouldn’t witness the behavior of Saudi Arabia in Syria, Iraq, Yemen and other areas.”