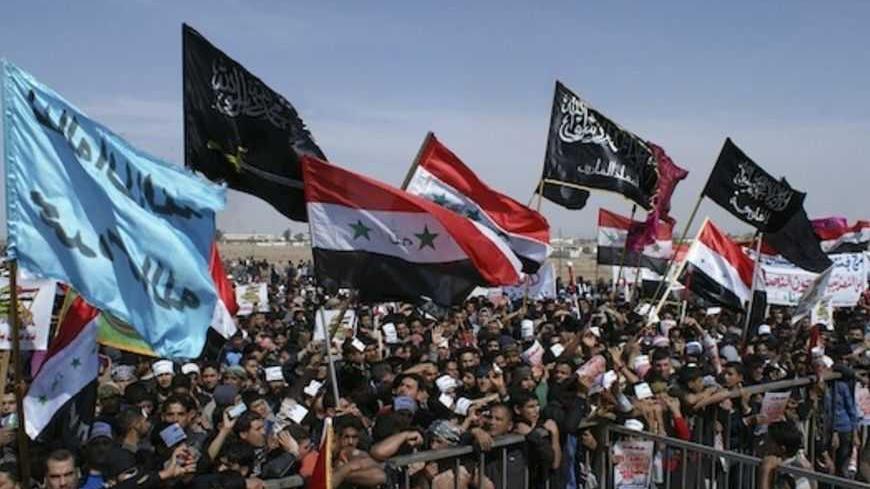 The Sahwa forces are a military formation of Sunni fighters, established by the US Army to confront al-Qaeda. The multinational force that entered Iraq following the 2003 invasion provided financial and logistical support to Sahwa forces. The withdrawal of American troops in 2011 left the Sahwa forces in a state of political and administrative chaos.

Over the past two years, the Sahwa forces' leadership warned the government of Iraqi Prime Minister Nouri al-Maliki that the Sahwa fighters would abandon their positions in the field unless they become registered in the official defense system and receive monthly salaries like security members in the interior and defense ministries.

In addition to feeling neglected by the government, the Sahwa forces bear the brunt of violent attacks by al-Qaeda. In past years, leaflets have been distributed in predominantly Sunni cities calling on Sahwa forces to declare "repentance" and rejoin the al-Qaeda fighters.

On Feb. 22, seven Sahwa members were killed in an armed attack at a Sahwa checkpoint near Tuz Khurmatu (north of Baghdad), intelligence sources told Al-Monitor.

Sahwa defectors are opposed to Maliki, and they support the Sunni protests in the city of Ramadi, west of Baghdad. But it seems that the new leader of the Sunni Sahwa forces maintain at least some political positions that align with Maliki’s rhetoric. The new Sahwa leader says that "his forces stand with the legitimate demands of the demonstrators."

Discussion of whether these demands are legitimate reflects the extent of disagreement between Maliki and his opponents. Sunni demonstrators insist that all their demands are legitimate and non-negotiable, and they include radical changes to the political system and the dismissal of Maliki. Maliki does not find these demands legitimate, and he refers to certain “legitimate demands" in his speeches to hint at his rejection of other Sunni demands.

Maliki is banking on a Sunni-Sunni split. The Sahwa forces have sharp differences with leading Sunni factions in the protest arena in the city of Ramadi. It would be normal for the Sahwa forces to align with Maliki against its Sunni opponents. These Sunni forces have always competed with major Sunni tribes in the cities of Ramadi, Tikrit and Mosul.

Many believe that Maliki can now take advantage of this disagreement and win the Sahwa forces’ favor. It may only be a matter of enlisting them in the Ministry of Defense.

Abdul Ibrahim says that his forces will not nominate anyone in the upcoming elections. He adds that "the Sahwa forces will support any party that calls for the unity of Iraq."

The Iraqi prime minister is struggling with mass Sunni protests, especially in Anbar province, as Sunnis complain that their sect has been marginalized since the fall of Saddam Hussein and the rise of the Shiite majority.

Ali Abel Sadah is a writer and journalist from Baghdad working in both Iraqi and Arab media.